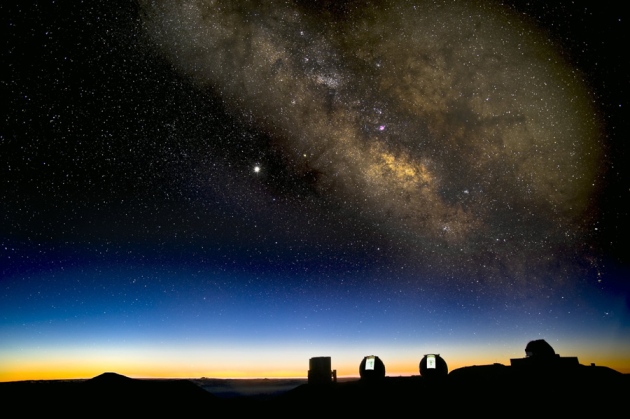 Smaller telescopes will be needed to investigate events spotted by the Large Synoptic Survey Telescope.

Now under construction atop a mountain in northern Chile, the 8.36-metre Large Synoptic Survey Telescope (LSST) will sweep the entire southern sky every three nights when it starts operating in 2022 — creating a wealth of data that will be available to all US astronomers and dozens of international partners. It promises to be a democratizing force and to usher in a new era of survey astronomy.

But that promise could go unrealized without the proper infrastructure, astronomers warn. Without access to the tools and facilities needed to analyse the huge data set and to do follow-up observations, many astronomers could be locked out of the bounty. Especially vulnerable are researchers and students at small and minority-serving institutions, which often find it hard to secure telescope time.

The US National Science Foundation (NSF), which is footing the telescope’s US$473-million construction bill, has commissioned a National Research Council (NRC) panel to formulate a strategy that maximizes the scientific return of the LSST. It is a complicated problem, says the panel’s chair, Debra Elmegreen. To help it decide, the panel has asked astronomers to provide input by 6 October on how they intend to use the LSST and what support they would need to be able to do so. The panel’s report is due early next year.

A big part of the facility’s appeal is that it will detect unexpected events such as supernovae or stars being swallowed by black holes — but exploring details such as their composition and temperature will require access to other ground-based telescopes. Large US research universities typically have private access to such telescopes, but small ones tend to rely on public instruments, which are under threat from budget cuts. In 2012, a panel recommended that the NSF divest itself of several facilities, which would halve the number of nights open to visiting observers. The agency plans to follow the recommendation, but has been delayed by a budget stalemate in the US Congress.

Another common concern is that analysing big data sets requires correspondingly large computing resources. The LSST will collect so much data (30 terabytes per night) that few small institutions will have the capability to analyse the information directly. “You’re not going to copy the whole LSST data set,” says Joshua Pepper, an astronomer at Lehigh University in Pennsylvania. “Even a subset is beyond the range of a professor and an office desktop.”

One solution is to create an online portal that would let astronomers mine the database remotely. There is a smaller-scale precedent: the Sloan Digital Sky Survey (SDSS), which uses a 2.5-metre telescope at the Apache Point Observatory in New Mexico. Its portal enables anyone to view and filter the telescope’s output; as a result, the data have been used in more than 5,800 publications that have been cited 245,000 times.

LSST director Steven Kahn notes that there have always been plans for an online portal. But the flow of data will be so massive that even basic processing is an enormous job, says Keivan Stassun, an astronomer with joint appointments at Vanderbilt University and Fisk University, both in Nashville, Tennessee, who chairs the SDSS executive committee. The LSST will collect more data in three nights than the entire SDSS catalogue, so Stassun worries that despite its best intentions, the LSST could find itself lacking resources. “That’s not a criticism of LSST; it’s a statement of capacity,” he says.

The make-up of the NRC panel has also raised eyebrows. The only member from a small institution is Elmegreen, an astronomer at Vassar College in Poughkeepsie, New York. Because the panel’s main remit is to maximize the LSST’s scientific return, she considers its primary mission to be ensuring wide availability of data. “I’m a little bit conflicted,” she says, “because I’d like to make sure that everyone has access to telescopes. But the big push today is to make sure that people have access to data.”

LSST director Kahn dismisses concerns about the composition of the panel. “The LSST committee is completely committed to the idea of open access and serving the whole community.”

Still, Stassun expresses disappointment that there are no representatives on the panel from minority-serving institutions such as Fisk, which was founded to serve African American students and has no guaranteed access to private telescopes. “There are hungry minds and students and young scientists who are eager and ready to participate in the enterprise who have traditionally been excluded,” says Stassun. “And yet again, there’s not a seat at the table.”