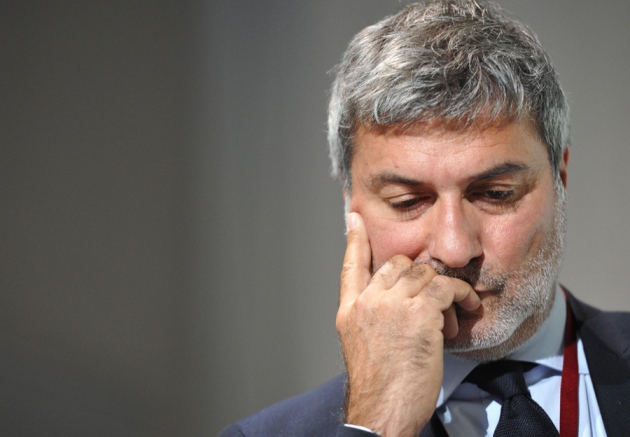 Paolo Macchiarini’s work was hailed as a bright spot in the field of regenerative medicine.

Update: On 4 February, the Karolinska Institute announced that it will not renew Paolo Macchiarini’s contract when it ends in November 2016. Macchiarini has been asked to use the remaining months to phase out his research, according to a statement released by the Karolinska.

The Karolinska Institute (KI) in Stockholm says that it is looking into alleged ethical breaches by Paolo Macchiarini — a surgeon who famously pioneered transplants of artificial windpipes — five months after it cleared him of separate accusations of scientific misconduct.

The Karolinska’s re-examining of Macchiarini’s work was triggered by revelations made in a documentary made by SVT, Sweden's national television broadcaster, aired in three parts from 13 to 27 January. It suggests that in an operation in Russia, Macchiarini implanted one of his specially designed plastic tracheas into a woman who — although having had a tracheotomy four years earlier after an accident —was not in a life-threatening condition. Previously, the surgeon had said he attempted the risky procedures only on people who were life-threateningly ill. The documentary also says that Macchiarini misrepresented the success of the prosthetic grafts in publications.

"We need to examine and evaluate the claims made in the documentary, and will be reopening the inquiry if there is reason to do so," the Karolinska's vice-chancellor, Anders Hamsten, said in a statement issued on 28 January by the institute, where Macchiarini is a visiting professor.

Although the operation featured in the film did not take place at the Karolinska, “if the information presented is true, the activities in Russia do not comply with KI rules and what we expect from our employees”, Claes Keisu, a press officer for the Karolinska, told Nature. If necessary, Keisu confirmed, the institute would reopen the formal investigation that it had concluded in August 2015, when it determined that Maccharini did not commit scientific misconduct in seven research papers, following allegations made by four physicians at the Karolinska.

The revival of any inquiry could have repercussions for Karolinska management as well as Macchiarini; Hamsten wrote in an e-mail to Karolinska employees on 29 January that decisions would be taken to determine if the institute failed in its handling of the situation. “This case has brought KI to a crisis of confidence that I take very seriously,” he wrote.

Macchiarini’s research, hailed as a bright spot in the field of regenerative medicine, involves bathing a synthetic polymer shaped like a trachea in stem cells. The cells are intended to help the windpipe to integrate into surrounding tissue. The surgeon has implanted artificial tracheas in eight patients; subsequently, six have died (from causes unrelated to the transplants, Maccharini says) and one has been in intensive care since the procedure.

The surgeon has said that his procedure is experimental and risky; he told Nature in a November 2014 e-mail that the patients are “all extremely ill, with conditions so dire that many have been told they have only months to live”. But the Swedish documentary counters that claim with video footage of Julia Tuulik, a 33-year old patient whom Macchiarini operated on in 2012 in Krasnodar, Russia, where he leads a government-backed regenerative-medicine programme.

Tuulik's trachea was damaged in a car accident in 2008. In the documentary, she appears mainly concerned about pain from her resulting tracheotomy, and says she wants Macchiarini's surgery so as to "live like normal people". In e-mails to Nature in 2014, Macchiarini had described Tuulik as coming to him “in a desperately ill, dire state”. A year after the 2012 surgery, Tuulik’s artificial trachea failed and had to be replaced; she died just over a year after that.

“The three patients on whom Paolo Macchiarini operated at Karolinska University Hospital in 2011 and 2012 were seriously ill and judged to have little time left to live. We assumed that the same was true for the patients operated on in Krasnodar,” said Hamsten in the Karolinska statement.  statement issued on 28 January by Karolinska.

Asked for comment, Macchiarini told Nature in an e-mail on 31 January that he was “in the process of presenting all the multidisciplinary conference discussions that were had around each patient's case — along with the ethical committee decisions that approved them — to the Karolinska Institute.” He added: “I can assure you that large teams were involved in the decision-making process for every single patient, and that the patients themselves were also fully aware of the decisions they were making.”

The Karolinska will also be looking into images, presented in the documentary, of the very first prosthetic trachea, which Macchiarini implanted at the Karolinska hospital in June 2011. The image shows a bronchoscopy (in which a camera is inserted into the airways) a year after the procedure in which the airway appears blocked. But a research article that Macchiarini co-authored describes that patient at 12 months after surgery as having “an almost normal airway”. Macchiarini told Nature that he was “in the process of preparing a manuscript detailing the outcomes of every transplant, with full data”.

The Karolinska will also look into allegations made in a Vanity Fair article that Macchiarini misrepresented his research experience and affiliations when applying for the job at the Karolinska in 2010. “I have already provided all the required evidence that I have never misrepresented my professional qualifications to KI,” Macchiarini told Nature.