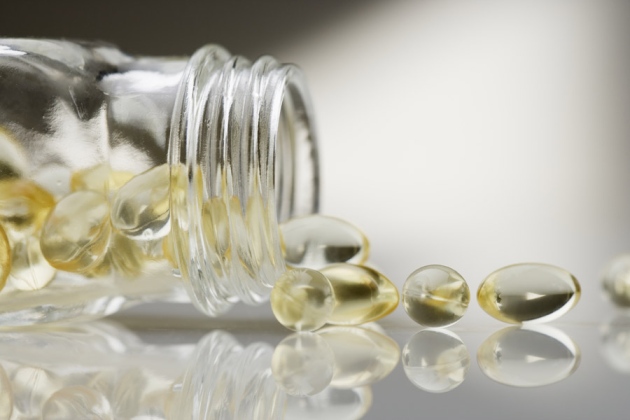 Antioxidants like Vitamin E may not protect against cancer.

A study in mice has found that two commonly used antioxidants — vitamin E and a compound called N-acetylcysteine (NAC) — speed the growth of lung cancer rather than curb it.

The results, published today in Science Translational Medicine1, may be contrary to the expectations of the millions of people who gulp down vitamin E supplements each day. A survey published in 20052 found that about 11% of US adults took vitamin E supplements, at doses of 400 international units (IU) or higher. The recommended daily intake is 22.4 IU.

The rationale had been that vitamin E and other antioxidants could prevent certain reactive compounds in the body from damaging cellular components, including DNA. Because DNA damage has been linked to cancer, it stood to reason that reducing DNA damage might prevent or slow the disease.

Studies in animals and small clinical trials in humans supported this conclusion, but larger trials have not. When antioxidants such as vitamin E and β-carotene were rigorously tested in randomized, double-blind, placebo-controlled clinical trials, the results were ambiguous at best. A 1994 study3 of 29,133 male smokers even found a higher incidence of lung cancer in those who received β-carotene supplements.

“The results have been mixed,” says Martin Bergö, a molecular biologist at the University of Gothenburg in Sweden, and a co-author of the latest study. “The take-home message is that they do not decrease the risk of cancer and may even increase risk of some cancers in some populations.”

Bergö and his colleague, Per Lindahl, also a molecular biologist at the University of Gothenburg, stumbled into the antioxidant debate accidentally. The team was conducting unrelated experiments in mice that were genetically engineered to develop lung cancer, and decided to dose the mice with NAC as a control. If anything, they thought that NAC might slow the tumours slightly, says Lindahl. Instead, the control tumours grew three times faster than expected. “The real experiment turned out to be a disappointment,” he says. “But the control was quite interesting.”

The team decided to dig deeper, and expanded its study to include another common antioxidant, vitamin E. The researchers fed either NAC or vitamin E to the mice, using doses of 5 or 50 times higher than the daily recommended amount for mice. Human dietary supplements often have 4 to 20 times the recommended daily intake of vitamin E for humans, says Lindahl. The results for the two antioxidants were similar: tumours grew about three times faster than those in animals that did not receive the treatment. Treated mice also died from their cancers about twice as quickly as untreated mice.

Treatment with NAC or vitamin E also spurred the growth of human lung-cancer cells grown in culture. In both mouse models and human cells, the antioxidants seemed to protect cancer cells by reducing the amount of DNA damage. That, in turn, reduced expression of a protein called p53. Known as the ‘guardian of the genome’, p53 is a protein that normally suppresses tumour growth and is activated by damaged DNA.

Lindahl is quick to note that the results are in mice and might not translate to humans. The study also does not address cancer prevention: the genes that triggered the tumours in the mice had already been activated when the antioxidants were added to their diet. “Our study does not say anything about how antioxidant supplementation affects cancer risk in apparently healthy people,” he says.

But Lindahl says that the work does call for a closer look at the effects of antioxidants in smokers, who are at high risk for lung cancer and may already carry small tumours while outwardly seeming healthy. He is also concerned about people with a common lung ailment called chronic obstructive pulmonary disease, who are sometimes treated with NAC to reduce mucus production. Those people are often smokers, he notes, and tend to be at higher risk of lung cancer.

Ultimately, the study demonstrates that there might be no simple explanation for the role of antioxidants in cancer, says Peng Huang, a researcher at the University of Texas MD Anderson Cancer Center in Houston. Antioxidants could help to prevent tumours from forming, he says, but once the tumours are there, the supplements might be harmful. “There’s a big confusion out there now,” says Huang. “But we just need to concede that these effects are context-dependent.”