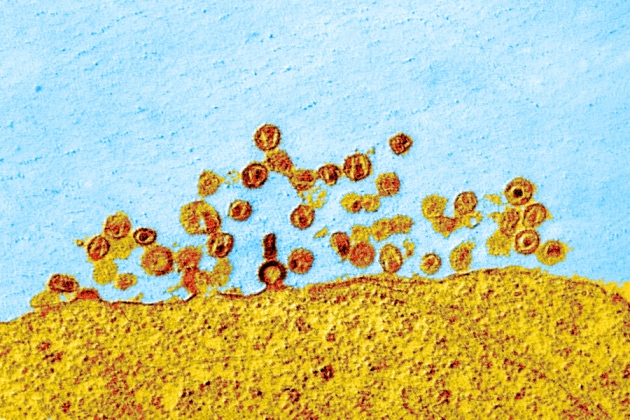 A single infusion of antibodies can protect monkeys from infection with a virus that is similar to HIV for nearly six months.

The finding provides further evidence that antibodies — specialized proteins that the body produces to fight infections — could one day be used as a method to prevent people from becoming infected with HIV.

“A caveat is that monkeys are not humans, but the model the authors use is about as good as it gets, and the results are a boost to HIV vaccine research and the use of passive antibodies as long-acting preventives,” said immunologist Dennis Burton of the Scripps Research Institute in La Jolla, California, who was not involved with the work.

Researchers have struggled to produce an effective vaccine against HIV, and the scientists behind this study say that administering periodic doses of antibodies might provide a stopgap measure while vaccine research continues. “This might turn out to be a seasonal alternative to a vaccine until we really know how to make one,” says HIV researcher Malcolm Martin of the US National Institute of Allergy and Infectious Diseases in Bethesda, Maryland, who led the work.

Martin and his colleagues wanted to test whether an antibody strategy could have a lasting effect, because in the real world, people might be exposed to HIV weeks or months after being dosed with protective antibodies. 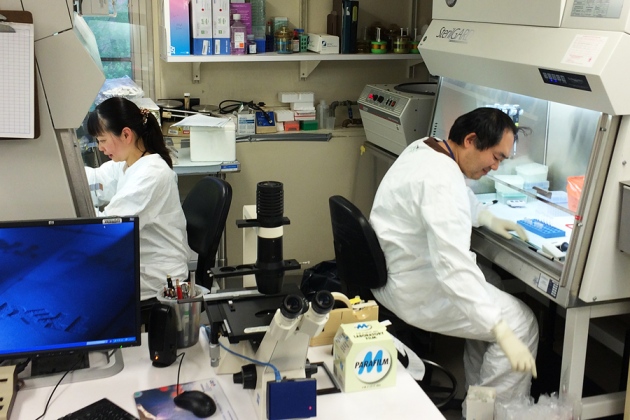 AIDS researchers at work at the National Institute of Allergy and Infectious Diseases.

His team found that, in the absence of any protection, monkeys exposed to a chimeric virus containing portions of both HIV and its monkey equivalent SIV became infected after two to six exposures. The researchers then gave four other groups of monkeys a single injection of antibodies: each group was given a different antibody. These monkeys were then exposed to the chimeric virus once per week until the scientists could detect the pathogen in the animals’ blood. To more closely mimic human HIV infection, the researchers exposed the animals to lower virus doses than had been used in previous studies, which gave deliberately high virus doses to make sure that animals became infected.

All of the treated animals became infected at between 12 and 23 weeks, depending on which antibody they were given at the start1. The probability of an animal becoming infected grew as the amount of antibody in its blood declined.

“Monkeys are not humans, but the model the authors use is about as good as it gets”

The results add to growing positivity about the potential use of antibodies as preventive tools against HIV. The practicality of the approach has been questioned because antibodies are expensive and it has not been clear how often they’d need to be used to prevent people from becoming infected. But the findings released today demonstrate that antibodies might provide reasonably long-term protection from a single dose. And Martin says that the antibodies might even last longer in people: the monkey immune system sees them as 'foreign' proteins, but that might be less of a problem in humans, he says.

His team is now modifying one of the antibodies used in the study, 3BNC117, to make it endure for longer in the body. And in the paper released today, the group shows that modifying a different antibody, VRC01, extends how long it provides protection against the chimeric virus in monkeys. Using combinations of these long-lived antibodies could prove an alternative to existing prevention regimens, such as pre-exposure prophylaxis (PrEP), which can involve taking a pill each day to protect against HIV.

“This has the advantage over PrEP because you don't have to worry every day — that's the take-home point here,” Martin says.