More than eight decades have passed since Alexander Fleming’s discovery of a fungus that produced penicillin — a breakthrough that ultimately spawned today’s multibillion-dollar antibiotics industry. Researchers are now looking to nature with renewed vigour for other ways of fighting infection.

Few new antibiotics are in development, and overuse of existing ones has created resistant strains of deadly bacteria. “We need a change from what we have,” says Stephen Baker, head of medicinal chemistry for antibacterials at Glaxo­SmithKline in College­ville, Pennsylvania.

Baker will talk about some of the alternatives to antibiotics on 2 June at the American Society for Microbiology’s annual meeting in New Orleans, Louisiana. Here are a few of the therapies that scientists are exploring. 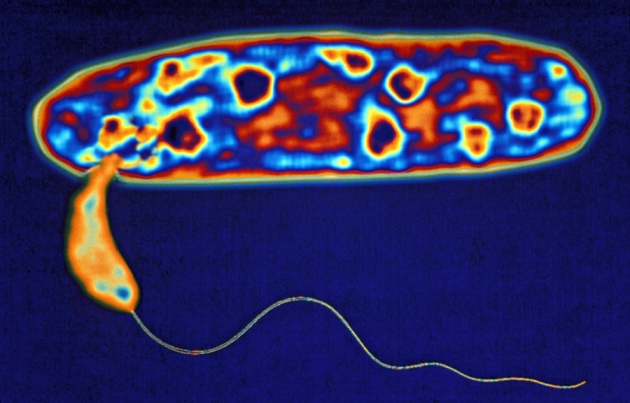 Bdellovibrio bacteriovorus preys on other bacteria.

Bacteria cause infection, but some can also fight it by preying on fellow microbes. Several researchers are beginning to test these predatory bacteria in animal models and cell cultures.

The best-known species, Bdellovibrio bacteriovorus, is found in soil. It attacks prey bacteria by embedding itself between the host’s inner and outer cell membranes, and begins to grow filaments and replicate. “It’s like going into a restaurant, locking the door and starting to munch away,” says Daniel Kadouri, a bacteriologist at Rutgers University in Newark, New Jersey. The host bacterium eventually explodes and releases more B. bacteriovorus into the environment.

Kadouri and others are also studying the therapeutic potential of the predatory bacterium Micavibrio aeruginosavorus. And a team has engineered the gut bacterium Escherichia coli to produce peptides that kill Pseudomonas aeruginosa, a microbe that causes pneumonia.

This preliminary research is attracting attention. The Pathogen Predators programme of the US Defense Advanced Research Projects Agency, which aims to treat soldiers who contract infections on the battlefield, announced nearly US$16 million in research grants this week to groups studying predatory bacteria. 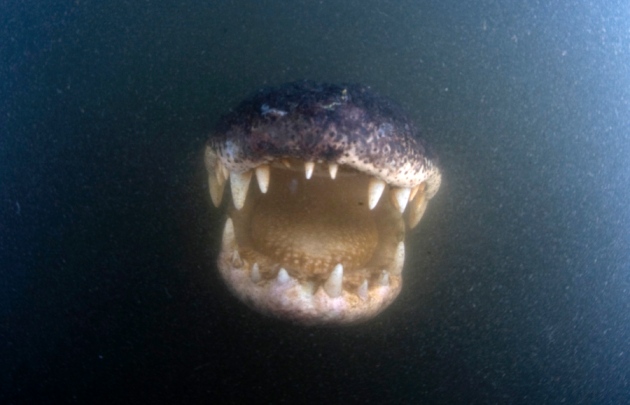 Peptides produced by the American alligator could add to the arsenal of antibacterials.

Plants, animals and fungi have vastly different immune systems, but all make peptides — small proteins — that destroy bacteria. Peptides from creatures such as amphibians and reptiles, which are unusually resistant to infection, could yield new therapeutics.

Peptides with antibacterial activity have been isolated from frogs, alligators and cobras, among others, and some seem to be effective in epithelial cell cultures and at healing wounds in mice. These peptides can be modified to increase their potency, and several are in clinical trials. One, called pexiganan, based on a peptide from frog skin, is now in phase III clinical trials to treat diabetic foot ulcers.

But synthesizing such molecules can be expensive, a hurdle that scientists must overcome to bring new peptide drugs to market. 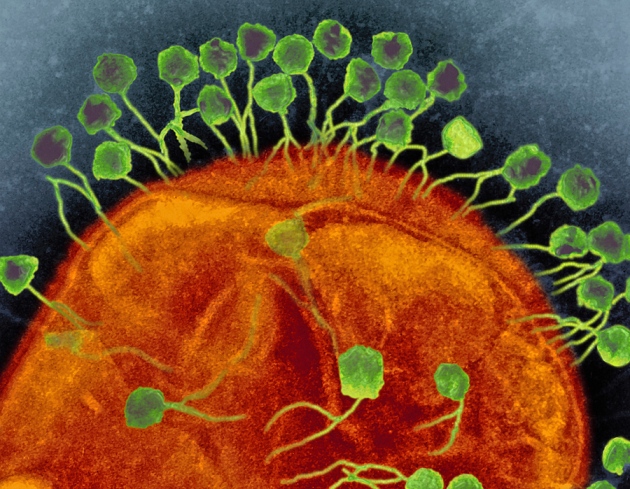 Phages (shown in green, attacking a bacterium) have been used in the clinic since the 1920s.

Of all the alternatives to antibiotics, phages — viruses that attack bacteria — have been used the longest in the clinic. Scientists in the Soviet Union began developing phage therapies in the 1920s, and former Soviet countries continue the tradition.

Phages have several advantages over antibiotics. Each type attacks only one type of bacterium, so treatments leave harmless (or beneficial) bacteria unscathed. And because phages are abundant in nature, researchers have ready replacements for any therapeutic strain that bacteria evolve to resist.

Mzia Kutateladze, who heads the scientific council at the Eliava Institute in Tblisi, Georgia, says that antibiotic resistance is driving more Western patients to phage-therapy clinics in Eastern Europe. The US National Institute of Allergy and Infectious Diseases in Bethesda, Maryland, now lists phages as a research priority for addressing the antibiotic crisis. A clinical trial of a phage treatment for infections associated with burns is planned by a consortium of European centres to start this summer. 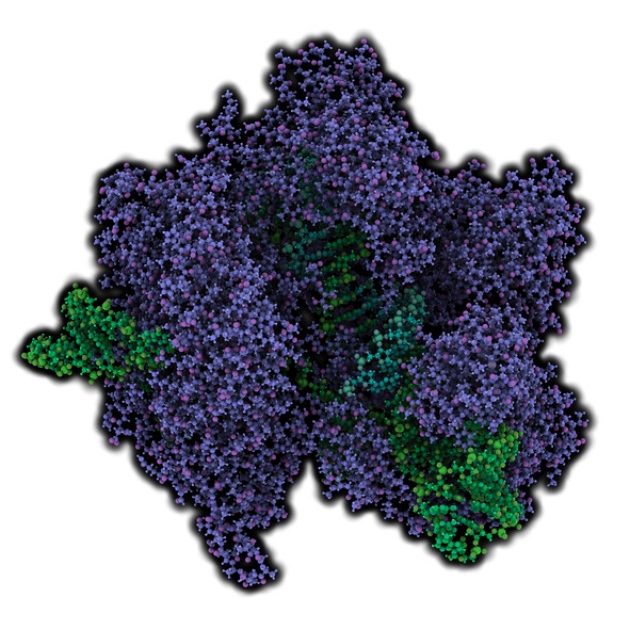 CRISPR, a gene-editing technique that has taken the scientific world by storm, is based on a strategy that many bacteria use to protect themselves against phages. Researchers are turning that system back on itself to make bacteria kill themselves.

Normally, the bacteria detect and destroy invaders such as phages by generating a short RNA sequence that matches a specific genetic sequence in the foreign body. This RNA snippet guides an enzyme called Cas9 to kill the invader by cutting its DNA.

Scientists are now designing CRISPR sequences that target genomes of specific bacteria, and some are aiming their CRISPR kill switches at the bacterial genes that confer antibiotic resistance. 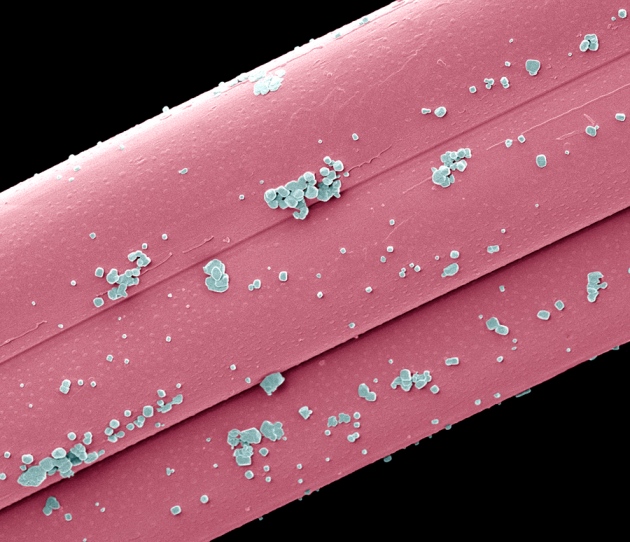 Silver ions are used in an antimicrobial wound dressing.

Metals such as copper and silver are the oldest antimicrobials. They were favoured by Hippocrates in the fourth century bc as a treatment for wounds, and were used even earlier by ancient Persian kings to disinfect food and water. Only now are researchers beginning to understand how metals kill bacteria.

Some groups are exploring the use of metal nanoparticles as antimicrobial treatments, although little research has been done in people. Because metals accumulate in the body and can be highly toxic, their use may be restricted mostly to topical ointments for skin infections.

An exception is gallium, which is toxic to bacteria that mistake it for iron, but is safe enough in people to be tested as an intravenous treatment for lung infections. This summer, researchers at the University of Washington in Seattle will begin a phase II clinical trial of gallium in 120 patients with cystic fibrosis. Pilot studies found that the metal was moderately successful at breaking down microbial biofilms in the lungs and improving patients’ breathing.