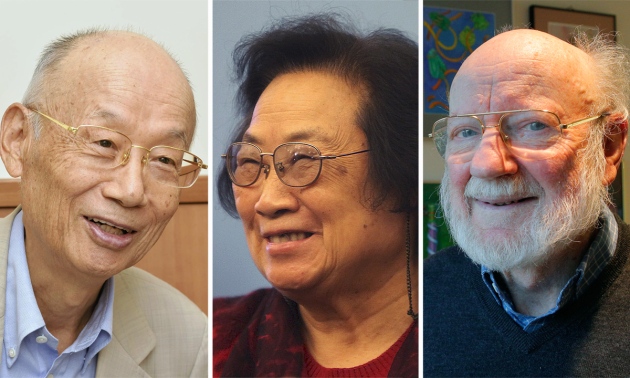 Three scientists who developed therapies against parasitic infections have won this year's Nobel Prize in Physiology or Medicine.

In the 1970s, Campbell and Ōmura discovered a class of compounds, called avermectins, that kill parasitic roundworms that cause infections such as river blindness and lymphatic filariasis. The most potent of these was released onto the market in 1981 as the drug ivermectin.

Tu, who won a Lasker prize in 2011, developed the antimalarial drug artemisinin in the late 1960s and 1970s. She is the first China-based scientist to win a science Nobel. “This certainly is fantastic news for China. We expect more to come in the future,” says Wei Yang, president of the nation’s main research-funding agency, the National Natural Science Foundation of China.

In the 1960s, the main treatments for malaria were chloroquine and quinine, but they were proving increasingly ineffective. So in 1967, China established a national project against malaria to discover new therapies. Tu and her team screened more than 2,000 Chinese herbal remedies to search for drugs with antimalarial activity. An extract from the wormwood plant Artemisia annua proved especially effective and by 1972, the researchers had isolated chemically pure artemisinin.

That Tu won the Nobel prize is "great news", says Yi Rao, a neuroscientist at Peking University in Beijing who has researched the discovery of artemisinin. "I’m very happy about this. She totally deserves it.”

“Though other people were involved, Tu was clearly the undisputed leader,” says Rao. “But she’s never been given fair recognition within China.”

Lan Xue, an innovation-studies specialist at Tsinghua University in Beijing, says that he has been inundated with messages about the prize. “People will be celebrating, but I hope they also take a sober look, because there are lots of things to learn from this award,” he says.

Young scientists in China today are told to go overseas to do good research and to churn out publications in internationally recognized journals, Xue notes. Yet Tu has never worked outside China, and has not racked up major publications. “Tu doesn’t fit into any of the trends today, and yet she gets the Nobel because of the originality of her work. It couldn’t have been a better choice in terms of the lessons it offers Chinese scientists,” Xue says.

Working in Japan, Ōmura isolated strains of a group of soil bacteria called Streptomyces that were known to have antimicrobial properties. In 1974, he pulled a promising organism out of soil near a golf course, and sent it, along with others, to a team led by Campbell at the Merck Institute for Therapeutic Research in Rahway, New Jersey. (Ōmura’s institute had signed a research partnership with Merck in 1973).

Campbell’s team isolated avermectins from the bacterial cultures and tweaked the structure of one of the most promising compounds to develop it into a drug — ivermectin. In 1987, Merck announced that it would donate the drug to anyone who needed it for treatment of onchocerciasis (also known as river blindness). A decade later, the firm began giving away the drug to treat lymphatic filariasis. Each year, Merck gives away some 270 million treatments of the drug, according to the Mectizan Donation Program, in Decatur, Georgia.

This year's prize highlights the global acceptance of the importance of parasitic infections, and neglected tropical diseases in general, says Stephen Ward at the Liverpool School of Tropical Medicine, UK. He notes that artemisinin has "saved possibly millions of lives" — although resistance to the drug is on the rise in parts of southeast Asia — and that ivermectin has protected millions from disease.

“It may refocus us on the idea that the immense diversity of products out there in the natural world is a great starting point for drug discovery,” he says.

20:10 GMT: Updated to add comments on the impact of Tu's research on Chinese science.