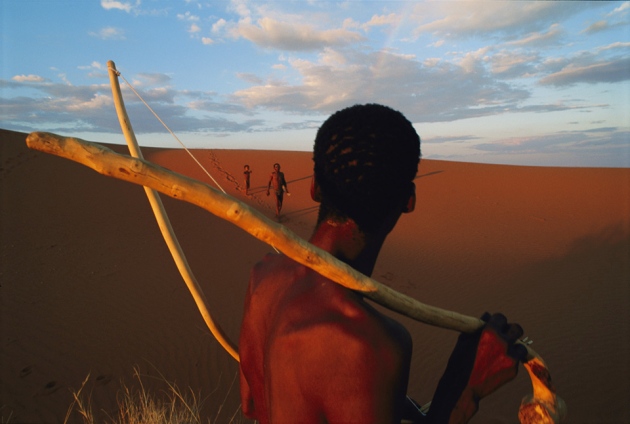 Genome analysis of ancient people from Africa reveals a complicated migration history for the human species.

Ignored for too long by researchers, ancient humans who lived in Africa thousands of years ago are finally having their genomes studied. Two projects released results this week on the genomes of around 20 individuals, which together reveal that the history of our species on the continent is much more complex than previously thought.

Africa’s neglect until now by ancient-DNA researchers was largely a result of the continent’s scorching climate. Because heat speeds the deterioration of DNA, scientists have focused on sequencing remains from cooler European sites and Siberian permafrost. The first success in Africa came in 2015, when researchers sequenced the genome of a 4,500-year-old man from Ethiopia who was preserved in a relatively chilly mountainous cave.

But advances in removing contamination, and the discovery that a tiny inner ear bone is chock full of ancient DNA, have convinced researchers that the technology is finally ready to grapple with Africa’s past.

Stephan Schiffels, a population geneticist at the Max Planck Institute for the Science of Human History in Jena, Germany, says gaps in the knowledge of sub-Saharan African history are “embarrassing” — especially in light of how much researchers know about ancient peoples in Eurasia. This makes it all the more important to use DNA to uncover Africa's hidden history of human migration, he says.

That is what a team led by Pontus Skoglund and David Reich, population geneticists at Harvard Medical School in Boston, Massachusetts, has now done. In a talk on 3 July at the Society for Molecular Biology’s annual meeting in Austin, Texas, Skoglund said that his team had examined the genomes of 15 ancient individuals who lived as long as 6,000 years ago in eastern and southern Africa. He described a detailed analysis of 11 of them.

The results showed that ancient humans moved around on the continent much more than was appreciated. The genome of a 3,000-year-old individual from Tanzania bore the ancestry not only of ancient East African hunter-gatherers but of early farmers from the Middle East. That supports past studies that documented a ‘back to Africa’ migration several thousand years ago: these migrants were closely related to early farmers from the Levant region in the Middle East.

The Tanzanian fossil was found at an archaeological site linked to animal herding, or pastoralism, and some of its genetic signatures have also been found in present-day pastoralists in southern Africa, Skoglund said. This suggests that East Africans took herding to southern Africa.

The unpublished study from Skoglund’s team revealed additional movement. The genome of a 2,000-year-old individual from southern Africa was related to those of contemporary southern African hunter-gatherers known as the San. It was also related to ancient genomes that the team had sequenced from hunter-gatherers whose remains were found in Malawi and Tanzania — but not to the DNA of the current inhabitants of East Africa. 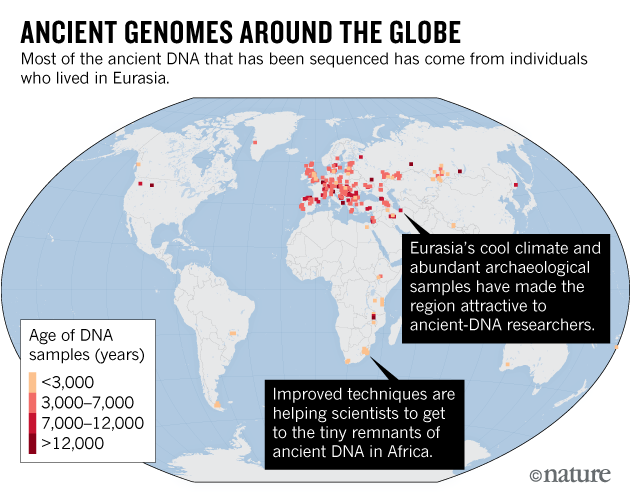 The reason for this, Skoglund suggested, is a well-documented migration of Bantu-speaking groups from western Africa, who brought agriculture and a distinct language to eastern and southern Africa 1,000–2,000 years ago. These migrants seem to have completely replaced local hunter-gatherers. An individual who lived on Tanzania’s Zanzibar peninsula 750 years ago, after the migration, shared no ancestry with earlier hunter-gatherers from southern or East Africa.

A separate team, led by Mattias Jakobsson at Uppsala University in Sweden, found evidence for the same migrations in the genome of a boy who lived 2,000 years ago near Ballito Bay in South Africa, and in the DNA of 6 other ancient southern Africans. Their study1 was posted to the bioRxiv preprint server last month.

Proof of migrations such as the Bantu expansion have been found at archaeological sites, as well as in the DNA of contemporary Africans, says Schiffels. But it is gratifying to have direct evidence of these movements, he notes.

Ancient African genomes also have the potential to illuminate much earlier events. Jakobsson’s team used the Ballito Bay boy’s genome to infer that Homo sapiens emerged at least 260,000 years ago — much earlier than previous genetic studies have suggested. Skoglund’s team, meanwhile, used the ancient genomes it had sequenced to help uncover a possible ‘ghost population’. This, the team suggested, had diverged from the founding population of H. sapiens before any other African group, and later it contributed to the genetic make-up of some present-day West Africans.

Iain Mathieson, a population geneticist at the University of Pennsylvania in Philadelphia, hopes that ancient African DNA can explain our species’ migration out of Africa, some 50,000–100,000 years ago, by painting a genetic picture of the continents’ inhabitants around this time.

This might require DNA much older than a few thousand years — and obtaining this could require another major technical advance. Analysis of bones thought to be about 300,000 years old from Morocco, attributed to the earliest-known H. sapiens, has so far yielded no usable DNA.  “It’s early days,” for ancient African genomics, says Mathieson. “It really is.”