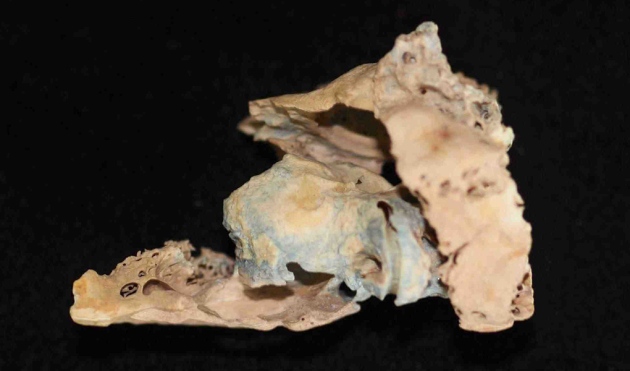 The inner ear’s petrous bone is a rich source of DNA in archaeological specimens.

The quest to glean DNA from ancient humans started in hot climes. In 1985, a paper in Nature1 reported DNA sequences from an ancient Egyptian mummy — the first time anyone claimed to have isolated genetic material from a long-dead human.

But geneticist Svante Pääbo at the Max Planck Institute for Evolutionary Anthropology in Leipzig, Germany, later realized that the sequences were likely to be the result of contamination by modern DNA — possibly his own. Knowing that heat speeds up the decay of DNA, he and others turned their focus to remains from cooler climates, where DNA was more likely to persist.

And that meant, inevitably, a geographic bias in ancient DNA research. “It’s really been a bit Eurocentric,” says Hannes Schroeder, a palaeogeneticist at the Natural History Museum of Denmark in Copenhagen.

Now, after 30 years, researchers have returned to warmer places — this time finding more than contamination. Last week, a team published Africa’s first ancient genome2, from a 4,500-year-old skeleton in Ethiopia, and the genetic profiles of dozens of 8,000-year-old skeletons from the Middle East were reported at a meeting. These results reveal lost migrations and colour in the details of murky prehistoric events far beyond Europe and Asia.

“There are so many more fascinating things happening in human world history than just in Europe,” says Schroeder, who is using ancient DNA to trace the origins of Caribbean slaves. Breakthroughs in the past decade have made it possible to study the very short and damaged DNA fragments typically found in remains from warmer places. Researchers have also found that a tiny part of the inner ear, the petrous portion of the temporal bone, holds much greater amounts of DNA than other human bones. “We find a crazy concentration of ancient DNA in this region,” says Ron Pinhasi, an archaeologist at University College Dublin3.

Pinhasi and colleagues analysed DNA from the petrous of 26 individuals who lived in northwestern Anatolia (present-day Turkey) around 8,000 years ago, about the time that farming spread from the Middle East into Europe. The analysis suggests that they belonged to the source of a migration into southeast and central Europe that displaced local hunter-gatherers, the team reported4 on 9 October at a meeting of the American Society of Human Genetics in Baltimore, Maryland.

“Africa is the next step in terms of the population history of humans. It is an obvious place to go and look.”

Pinhasi also turned to the petrous bone after getting access to a 4,500-year-old human skeleton excavated in 2012 in the Mota cave in the highlands of Ethiopia. As reported in Science last week, he and his colleagues recovered enough DNA to sequence the ancient Ethiopian’s genome 12 times over, producing the first complete genome from an ancient African.

The man’s genome is more closely related to present-day Ethiopian highlanders known as the Ari than to any other population the team examined. And using genetic evidence from Eurasian ancient genomes and present-day Eurasian and African populations, the researchers determined that the Ari descend from Middle Eastern farmers. They suggest that after expanding into Europe, some of these people later moved south to Africa, bringing new crops (see Nature http://dx.doi.org/79n; 2015).

“Africa is the next step in terms of the population history of humans. It is an obvious place to go and look,” says Eske Willerslev, an evolutionary geneticist at the Natural History Museum of Denmark. He says that his team has also had success in obtaining DNA from African remains, including some that have not been protected by the relatively cool confines of a high-altitude cave. Willerslev expects that researchers will eventually strike lucky in extracting DNA from African remains that are many tens of thousands of years old, rather than a few thousand.

Some researchers speculate that remains around 100,000 years old from the Skhul and Qafzeh caves in Israel might represent failed migrations out of Africa that preceded the global expansion of Homo sapiens by tens of millennia, whereas others disagree. Ancient DNA may be the only way to settle the debate.

And few skeletons provoke such a debate among ancient-DNA researchers as Homo floresiensis, the mysterious ‘hobbit’ fossil discovered a decade ago on the Indonesian island of Flores. Past efforts to reap DNA from its bones have failed, yet its genetics may be the only way to determine its evolutionary relationship to H. sapiens. “I think there’s a shot with floresiensis,” Pinhasi says. “I think that has to be tested.”