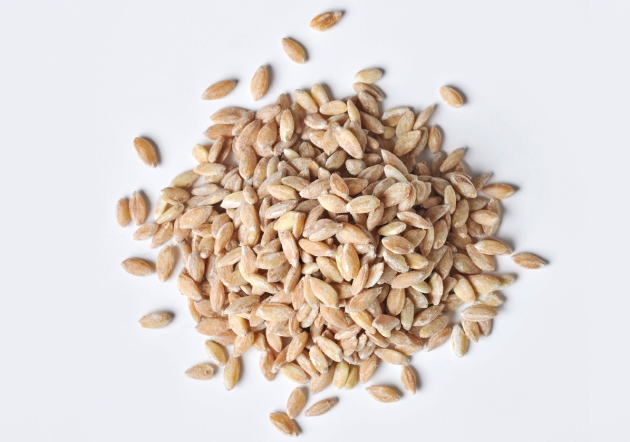 Einkorn wheat, a cereal grain domesticated in Anatolia some 10,000 years ago. Ancient DNA matching this strain has been found in pre-Neolithic England.

An argument over the authenticity of ancient DNA is leading researchers to question a headline-making study which changed views on the dawn of farming in Western Europe1.

The study, published in Science in February 2015, reported finding of fragments of 8,000-year-old wheat DNA from soil in a prehistoric settlement submerged off the coast of England — thousands of years before the archaeological record suggests Neolithic farmers began cultivating cereal grains in Britain.

The discovery suggested that ancient Britons imported wheat, raising the possibility of trading networks that linked hunter–gatherers to farmers living as far away as the Balkans. “If the claim is right, they’re overturning the whole story of the colonization of Britain in the Middle Holocene. It’s a giant claim,” says Keith Bennett, a palaeoecologist at Queen’s University Belfast, UK.

But an analysis published on 3 November in eLIFE contends that the wheat DNA is too pristine to be 8,000 years old — because it lacks the biochemical-damage patterns that would be expected after so many millennia2. It more than likely represents accidental modern contamination, argues Hernán Burbano, an ancient-DNA researcher at the Max Planck Institute for Developmental Biology in Tübingen, Germany, who led the new work.

Robin Allaby, a plant evolutionary geneticist at the University of Warwick, UK, who led the first study, accepts that the wheat DNA shows little damage for its age. But he says that is because the DNA was submerged under cold water — conditions that, he says, led to its high level of preservation.

Allaby says that his team took extreme care in analysing sediment cores recovered at Bouldnor Cliff, an archaeological site submerged 11 metres underwater off the coast of England. The settlement dates to roughly 8,000 years ago, when sea levels were much lower.

Allaby’s team sequenced roughly 72 million strands of DNA from the sediment, which showed that Bouldnor Cliff was once filled with oak, poplar and other types of tree. Surprisingly, however, 152 of the sequences matched Near Eastern species of wheat. The sediments lacked any signs that wheat might have been cultivated there, so the researchers surmised that Bouldnor Cliff inhabitants had acquired the cereal from farming cultures in southern or central Europe.

“We were as surprised as anyone to find wheat, and we tried very hard to discount it,” says Allaby. No-one had worked with wheat in the clean lab in which they prepared the sediment for sequencing, and all of their reagents tested negative for wheat DNA.

These precautions are de rigeur in ancient-DNA research. However, some scientists now view biochemical-damage patterns as the ‘gold standard’ of authentic ancient DNA. After an organism dies, its DNA degrades into tiny fragments. The bases near the ends of these shards undergo a biochemical reaction called deamination whereby cytosine bases turn into uracil (changes that DNA sequencers can detect).

Allaby’s team looked for damage in the 152 wheat sequences, but it was not possible for them to confirm any. That was in part because they did not have enough data to achieve statistical certainty about damage levels; the software used to detect DNA damage was designed to handle much larger quantities of data.

A picture of ancient DNA

Then they gauged the damage patterns of each set. Some looked more ‘ancient’ than others, showing abundant deamination at the ends of DNA fragments. The 8,000-year-old wheat DNA resembled only the most-pristine sets of 19th century potato DNA — to Burbano’s mind, an indicator that the wheat probably represents contamination.

Allaby and his colleagues “took the best preventive measures they could to avoid contamination, but we think that’s not enough”, Burbano says.

But Allaby rejects that conclusion. He notes that the wheat DNA had been maintained at 4 ºC since it became submerged roughly 7,900 years ago, which would improve DNA preservation. Using ancient DNA found in permafrost as a comparison, he estimates that just 5% of the cytosine bases would undergo deamination in these conditions. “This is really not detectable,” says Allaby, who plans to publish a formal response to the eLIFE paper soon.

Burbano says that a cooler reference sample should not make a difference, noting that DNA from 5,300-year-old remains of the Ötzi 'the Iceman' displayed tell-tale signs of ancient-DNA damage, despite being frozen in the Tyrolean Alps most of that time.

Pontus Skoglund, an ancient-DNA researcher at Harvard Medical School in Boston, Massachusetts, agrees that the extent of DNA damage can vary from sample to sample, but he finds the lack of DNA damage in the wheat sequences worrying. “If you can’t show damage, there needs to be a very good argument for why the DNA is authentic,” he says.