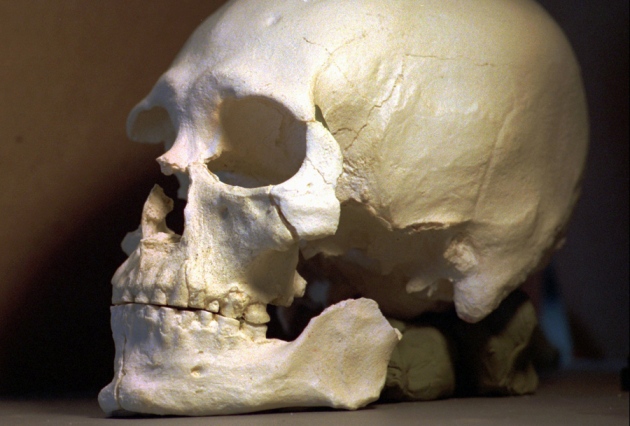 A plastic casting of the skull of Kennewick Man.

The genome of a famous 8,500-year-old North American skeleton, known as Kennewick Man, shows that he is closely related to Native American tribes that have for decades been seeking to bury his bones. The finding, reported today in Nature1, seems likely to rekindle a legal dispute between the tribes and the researchers who want to keep studying the skeleton. Yet it comes at a time when many scientists — including those studying Kennewick Man — are trying to move past such controversies by inviting Native Americans to take part in their research.

“The controversy has been painful for lots of people; tribal members and scientists as well,” says Dennis O’Rourke, a biological anthropologist at the University of Utah in Salt Lake City. “I think the results will add weight to repatriation claims because now claims of ancestry can at least to some degree be clarified,” he says.

“It’s in the best interest of the scientists, of the government, and of Native Americans to think seriously about giving Kennewick Man’s remains back to the tribes”

Two teenagers discovered the bones in July 1996 near the shores of the Columbia River, near Kennewick, Washington. While trying to sneak into a hydroplane race, they noticed a skull peeking from the water and called police, who brought in a local forensic anthropologist. He discovered a nearly complete skeleton of a young adult male, which radiocarbon dating established at around 8,500 years old, making Kennewick Man one of the oldest and most complete human skeletons from North America.

Several local tribes soon demanded the return of Kennewick Man, whom they dubbed the Ancient One. The US Army Corps of Engineers — the federal agency that manages the land where the remains were found — sided with the tribes, citing a 1990 law that mandated the return of Native American remains and artefacts to affiliated tribes, the Native American Graves Protection and Repatriation Act (NAGPRA).

Several archaeologists and anthropologists sued the US government to stop the return, arguing that Kennewick Man was too old to be connected to the tribes. In 2002, a federal judge ruled that NAGPRA did not apply because the US goverment had not established that the tribes had a cultural affiliation with Kennewick Man. The decision was affirmed by a US Appeals Court in 2004. Since 1998, Kennewick has been stored out of view, but available for study, at the Burke Museum of Natural History and Culture in Seattle, Washington. 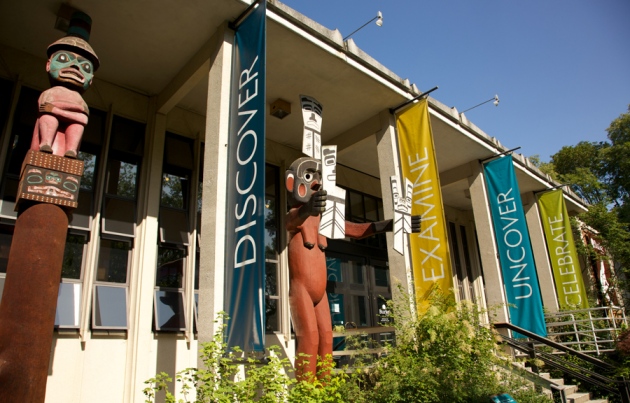 The Burke Museum of Natural History and Culture in Seattle, Washington.

Scientists who examined the remains had concluded that the skull looked different from those of contemporary Native Americans — more like Polynesians or members of the Japanese aboriginal group known as the Ainu. But past efforts to glean ancient DNA from Kennewick Man failed, notes Eske Willerslev, a palaeogenomicist at the Natural History Museum of Denmark in Copenhagen, who led the current study.

Willerslev’s team used cutting-edge methods to extract snippets of DNA from a 0.2-gram flake of finger bone. “We got a very, very tiny sample,” he says. “We sampled it to complete exhaustion — there’s nothing left." It was so small that the team were only able to obtain a low-quality genome sequence.

Kennewick Man’s genome reveals that he is more closely related to contemporary Native Americans than to any other humans on the planet — dashing the remote possibility that he represents a mysterious migration from the east.

To trace Kennewick Man’s genetic legacy, the team compared his genome to that of members of dozens of groups from across North and South America, including several members of the Confederated Tribes of the Colville Reservation, one of the five groups seeking Kennewick Man’s reburial. Members of the other four groups — the Nez Perce, the Umatilla, the Yakama and the Wanapum — opted not to contribute DNA to the study.

The fate of Kennewick Man's remains is still uncertain. In concluding that NAGPRA did not apply, federal courts effectively decided that the remains were not Native American. “I’m quite certain we’ve made the case that Kennewick was Native American,” says David Meltzer, an archaeologist at Southern Methodist University in Dallas, Texas, who was part of Willerslev’s team.

“I think this would have been useful evidence in the original NAGPRA decision and might have led to a different result,” says Hank Greely, a legal scholar at Stanford University in California.

Gail Celmer, an archaeologist at the US Army Corps of Engineers in Portland, Oregon, met with tribal representatives this week and says they are still eager to pursue repatriation. Her agency now plans to reconsider whether Kennewick Man falls under NAGPRA and therefore must be returned, in light of the genome study and other new evidence. "We expect challenges, so we’re going to have to be very careful about how we do our reviews," she says. “We have a long road ahead of us."

“We really have to change the top-down approach, where we come to people and say 'these are our research questions and you should participate, because — SCIENCE'”

Yet Greely notes that the purpose of the suit was to give scientists time to study Kennewick Man. Last year, a researcher who was part of the suit published a 688-page tome on the remains2. With a genome sequence analysed, “it’s in the best interest of the scientists, of the government, and of Native Americans to think seriously about giving Kennewick Man’s remains back to the tribes,” Greely says.

James Chatters, the anthropologist who excavated Kennewick Man and who has since set up the consulting firm Applied Paleoscience in Bothell, Washington, is torn. “As a person who worked directly with the skeletal remains, I’d like to see them in peace,” he says.  “As a scientist, I would hate to see one of the most complete North American skeletal remains be put back into the ground for political reasons.”

Willerslev is sticking to the sidelines on the issue of repatriation. “It’s somebody else who needs to figure that one out,” he says. But he wants the tribes to be involved in his team’s research; after his team determined that Kennewick Man was Native American, he informed the five tribes about the conclusion. Some of the members travelled to his Copenhagen lab to learn more about the research, donning full-body suits to visit the clean lab in which ancient DNA is extracted from remains. The lab did similar outreach with tribes in Montana after the team sequenced the genome of the 'Anzick' boy3, helping to broker a deal to rebury those bones.

Many other researchers are taking a similar approach. O’Rourke says that there is no one-size-fits-all strategy to working with native communities. He finds some of the North American Arctic groups he works with eager to contribute to his research, others are less so; and their opinions shift over time.

“We really have to change the top-down approach, where we come to people and say 'these are our research questions and you should participate, because — SCIENCE',” says Jennifer Raff, an anthropological geneticist at the University of Texas at Austin.

Just weeks before Kennewick Man’s remains were discovered, researchers working in Alaska discovered a 10,000-year-old human skeleton. They notified local tribes and quickly came to an agreement that allowed them to excavate and study the remains and keep the tribes involved in the research. “You don’t really hear so much about the good cases,” says Raff.