A rare, hereditary form of autism has been found — and it may be treatable with protein supplements.

Genome sequencing of six children with autism has revealed mutations in a gene that stops several essential amino acids being depleted. Mice lacking this gene developed neurological problems related to autism that were reversed by dietary changes, a paper published today in Science shows1. 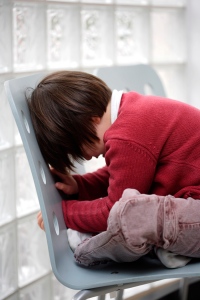 Some children with autism have low blood levels of amino acids that can't be made in the body.

“This might represent the first treatable form of autism,” says Joseph Gleeson, a child neurologist at the University of California, San Diego, who led the study. “That is both heartening to families with autism, and also I think revealing of the underlying mechanisms of autism.”

He emphasizes, however, that the mutations are likely to account for only a very small proportion of autism cases. “We don’t anticipate this is going to have implications for patients in general with autism,” says Gleeson. And there is as yet no proof that dietary supplements will help the six children, whose mutations the researchers identified by sequencing the exome — the part of the genome that codes for proteins.

The children came from three families with Middle Eastern ancestry; in each case the parents were first cousins. Studying such families makes the hunt for the rare recessive mutations underlying some forms of autism simpler than it would be among the general population, Gleeson says, because the odds are higher that children will be born with two copies of the recessive mutation.

In each family, Gleeson's team identified mutations that inactivate the enzyme BCKD-kinase, which normally prevents the body from breaking down branched-chain amino acids called leucine, isoleucine and valine after a meal. Humans cannot synthesize these amino acids and must obtain them from food.

“We predicted that patients would burn through these amino acids,” says Gleeson. The prediction was correct: after eating, the children had low blood levels of the branched-chain amino acids. Mice lacking the gene that codes for BCKD-kinase also had low levels of the amino acids in their blood and tissue.

Gleeson proposes that symptoms of autism are caused by low levels of branched-chain amino acids, high levels of these other amino acids or a combination of the two. The amino acids that were present at elevated levels in the brains of mutant mice provide the raw materials for two neurotransmitter chemicals, and the synapses where these chemicals are released are implicated in autism.

In mice, at least, the chemical imbalance can be treated. The mutant mice had neurological problems typical of mouse versions of autism, including tremors and epileptic seizures. But those symptoms disappeared in less than a week after the mice were put on diets enriched in branched-chain amino acids.

Gleeson’s team has tried supplementing the diets of the children with this form autism, using muscle-building supplements that contain branched-chain amino acids. The researchers found that the supplements restore the children's blood levels of amino acids to normal. As for their autism symptoms, Gleeson says, the “patients did not get any worse and their parents say they got better, but it’s anecdotal”.

The team hopes to conduct a properly controlled clinical trial looking at whether dietary supplements ease the children’s symptoms. To that end, Gleeson wants to identify further patients with mutations in the gene for BCKD-kinase. They are likely to be very scarce, he says, but metabolic screening and genome sequencing should identify some. “They’re hiding out there,” he adds.

Matthew Anderson, a physician-scientist at Beth Israel Deaconess Medical Center and Harvard Medical School in Boston, Massachusetts, says that the study will encourage other researchers to explore metabolic pathways as causes of autism. A number of uncommon metabolic disorders, such as phenylketonuria — in which the body can't break down the amino acid phenylalanine — can be linked to autism spectrum disorder if left untreated2. Many more such connections may be lurking in clinics.

“If 5 or 10% are caused by metabolic disorders and there’s a simple imbalance that one can correct with nutrition, that’s something that human genetics will identify over the next five to ten years,” says Daniel Geschwind, a neurogeneticist at the University of California, Los Angeles. “That’s exciting.”