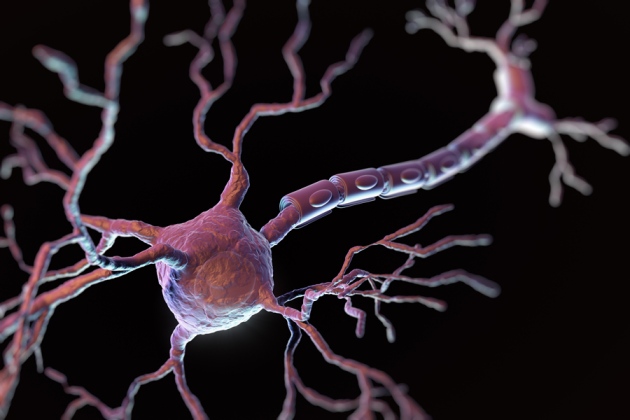 The NIH report lays out seven research areas, such as the identification of all cell types in the brain.

A working group of the US National Institutes of Health (NIH) yesterday presented a ten-year plan for the agency's portion of a major neuroscience initiative announced last year by President Barack Obama. But the plan's recommended budget of US$4.5 billion over ten years, a more than ten-fold increase annually over its current 2014 budget, might be unrealistic.

The blueprint provides substantive specifics for the NIH's contribution to the Brain Research through Advancing Innovative Neurotechnologies (BRAIN) initiative, which some criticized for its lack of a clear mission and agenda when it debuted last April. The working group presented the 146-page report to NIH director Francis Collins' advisory council meeting, at the NIH campus in Bethesda, Maryland.

The document lays out seven priority research areas and goals, including identifying all cell types in the brain, developing technologies to watch the brain in action and creating systems to make sense of the immense amount of data that will be generated. The programme will be overseen by a special council of external advisers, including bioethicists, as recommended by the Presidential Commission for the Study of Bioethical Issues.

At the meeting, Collins hailed the working group's plan as “amazing”, and accepted it after a unanimous council vote. The council praised the report's focus on specific initiatives. “I’ve read a lot of reports, and this is the only one that brings me joy. It makes my heart go pitter-patter,” said council member Huda Akil, a neurobiologist at the University of Michigan in Ann Arbor.

“The report is broad but also scientifically very deep and sound,” adds neurobiologist Rafael Yuste of Columbia University in New York. Yuste was one of the initial proponents of the idea of a brain-activity mapping project, which grew into the BRAIN programme.

Partha Mitra, a neuroscientist at Cold Spring Harbor Laboratory in New York, notes that the report highlights many directions rather than working toward a single, defined endpoint. “There’s clearly recognition that this is not the [Human] Genome Project,” he says.

Working group co-chair Cornelia Bargmann, a neuroscientist at Rockefeller University in New York, emphasizes that, rather than focusing on any particular diseases or research tools, the plan sticks to basic science at the level of neural circuits. So research areas such as stem cells or genetics will be funded only as they relate to brain circuits, she says. The project will also focus heavily on the development of technologies for observing and manipulating the brain.

That blueprint is unlikely to please everyone, Bargmann acknowledges. Yuste, for instance, says that he would have liked greater focus on creating 'brain observatories', where researchers could go to use high-tech equipment, as is done with large telescopes. The report does not rule out the possibility of setting up such observatories, but recommends waiting for further technological advances before committing to them.

The critical question, says Mitra, is whether the money will come from Congress rather than being redirected from other neuroscience research.

For the first five years of the plan, which runs during fiscal years 2016–20, the NIH would invest $400 million annually. That money will be primarily devoted to developing technologies — for tasks such as recording groups of neurons as they fire in real time. Over the subsequent five years, the working group calls for $500 million per year, to capitalize on those new technologies through work on humans and animals.

Collins acknowledges that the report's $4.5-billion budget will be difficult to secure. The total 2014 budget for the BRAIN project is $110 million, of which the NIH received only $40 million, with the rest going to the National Science Foundation and the Defense Advanced Research Projects Agency. Without new money from Congress, Collins says, it will not be easy to find the report's requested amount in the NIH budget.

But those keen on the initiative insist that BRAIN will be funded, even if the full requested amount does not materialize. Thomas Insel, director of the National Institute of Mental Health, says that his institute might be willing to redirect funds from other neuroscience research to support BRAIN. “This is really important to us,” says Insel, who expects the initiative to accelerate the pace toward treatments by, for example, uncovering biomarkers and elucidating neural circuits.