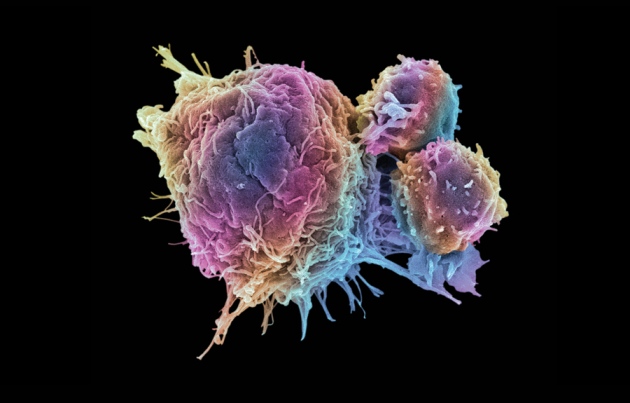 Could predictive algorithms be the key to creating a successful cancer vaccine? Two US nonprofit organizations plan to find out by pitting a range of computer programs against each other to see which can best predict a candidate for a personalized vaccine from a patient’s tumour DNA.

The Parker Institute for Cancer Immunotherapy in San Francisco, California, and the Cancer Research Institute of New York City announced the algorithmic battle on 1 December. It is part of a multimillion-dollar joint project to solve a major puzzle in the nascent field of cancer immunotherapy: which of a patient’s sometimes hundreds of cancer mutations could serve as a call-to-arms for their immune system to attack their tumours.

If the effort succeeds, it could spur the development of personalized cancer vaccines that use fragments of these mutated proteins to fire up the body’s natural immune responses to them. Because these mutations are found in cancer cells and not healthy ones, the hope is that this would provide a non-toxic way to battle tumours.

The idea is gaining traction. In 2014, news that vaccines containing such mutated proteins had vanquished tumours in mice set off a mad dash to find out whether the approach would work in people. A generation of biotechnology companies has been founded around the concept, and clinical trials run by academic labs are under way.

Still, a challenge remains. To be a good candidate for a vaccine, a mutated cancer protein must be visible to T cells, the soldiers of the immune system. And for that to happen, tumour cells must chew up the protein into fragments. Those fragments then must bind to specialized proteins, which are shipped to the cell’s surface to be displayed to passing T cells.

The trick that vaccine researchers must master is using a tumour’s DNA to predict which mutations to home in on. “We can do the sequencing and find out the mutations, but it’s very hard to know which of these tens or hundreds or thousands of mutations are actually going to protect people from the growth of their cancers,” says Pramod Srivastava, an immunologist at the University of Connecticut School of Medicine in Farmington.

One approach is to use algorithms to predict which bits of a mutated protein might be seen by a T cell. These work by analysing where the proteins could be cleaved, for example, and which of the resulting fragments will bind tightly to the molecules that put them on display.

But each laboratory has a different “secret sauce”, says Robert Schreiber, a cancer immunologist at Washington University in St. Louis, Missouri. And most are not very predictive: Robert Petit, chief scientific officer of biotechnology company Advaxis in Princeton, New Jersey, estimates that the algorithms are typically less than 40% accurate.

To solve the problem, the Parker Institute and the Cancer Research Institute launched their challenge. They have arranged for 30 laboratories that already use such algorithms to apply their secret sauces to the same DNA and RNA sequences. The sequences will come from cancers such as melanoma and lung cancer, which tend to have many hundreds of mutations (see ‘Mutation map’) and thus could provide ample possibilities for a vaccine. 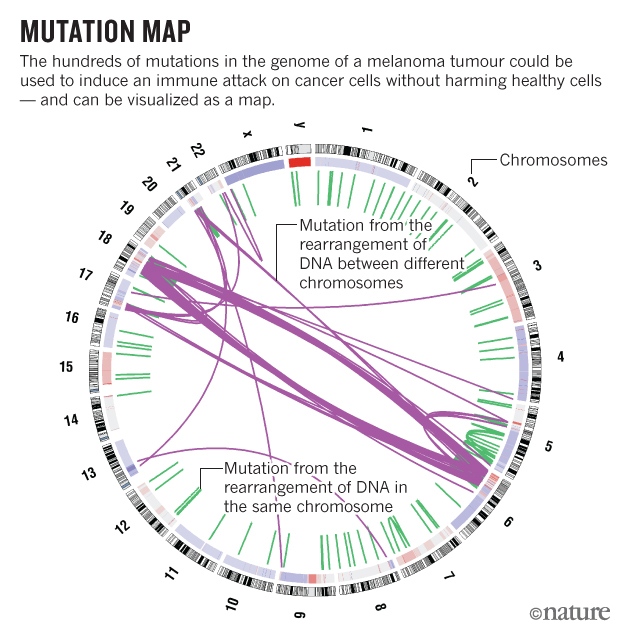 A handful of other laboratories will then test whether any T cells in the tumour recognize those fragments, and are stimulated by them — a sign of a good vaccine target. The alliance will not publicly announce a winner, but hopes to use the most accurate algorithms to design vaccines for clinical trials.

Algorithms can provide a quick answer to a complicated question — crucial if personalized vaccines are to be deployed on a large scale. But ultimately, Srivastava says that the best way to improve the algorithms is to collect more data from animal studies to learn about how T cells naturally respond to mutations. His lab and others are making hundreds of putative vaccines tailored to an individual tumour, and administering them to mice to see which are capable of fighting the cancer.

And Drew Pardoll, a cancer immunologist at Johns Hopkins University in Baltimore, Maryland, worries that algorithms may never account for some factors that influence T-cell responses. For example, mutations may be less suitable for a vaccine if they have arisen early in tumour development, giving the immune system time to begin viewing them as ‘normal’. Pardoll argues that the field needs faster, easier and more accurate laboratory tests to determine which mutations best trigger a T-cell response. “We don’t yet know enough about the rules to make perfect predictions,” he says. “You can algorithm until the cows come home and you’re not really going to know if you’re improving things.”

But in the absence of speedy lab tests, companies need algorithms, argues Robert Ang, chief business officer at Neon Therapeutics of Cambridge, Massachusetts. “There is already evidence to show that this approach works despite the imperfect algorithms,” he says. “Improving the algorithms even more could be very meaningful.”