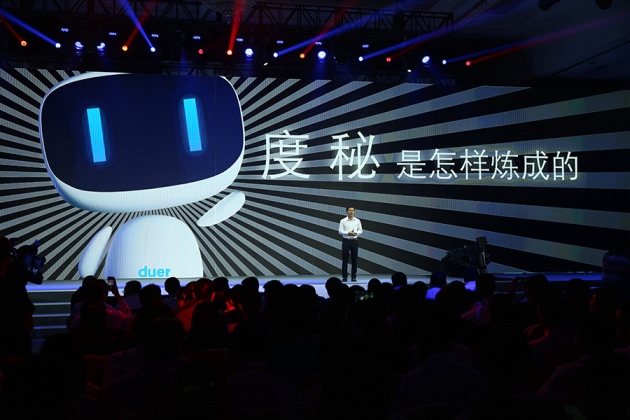 When Andrew Ng joined Google from Stanford University in 2011, he was among a trickle of artificial-intelligence (AI) experts in academia taking up roles in industry.

Five years later, demand for expertise in AI is booming — and a torrent of researchers is following Ng’s lead. The laboratories of tech titans Google, Microsoft, Facebook, IBM and Baidu (China’s web-services giant) are stuffed with ex-university scientists, drawn to private firms’ superior computing resources and salaries. “Some people in academia blame me for starting part of this,” says Ng, who in 2014 moved again to become chief scientist at Baidu, working at the company’s research lab in California’s Silicon Valley.

A world where everyone has a robot: why 2040 could blow your mind

Many scientists say that the intense corporate interest is a boon to AI — bringing vast engineering resources to the field, demonstrating its real-world relevance and attracting eager students. But some are concerned about the more subtle impacts of the industrial migration, which leaves universities temporarily devoid of top talent, and could ultimately sway the field towards commercial endeavours at the expense of fundamental research.

Private firms are investing heavily in AI — and in particular in an AI technique called deep learning — because of its promise to glean understanding from huge amounts of data. Sophisticated AI systems might be able to create effective digital personal assistants, control self-driving cars, or take on a host of other tasks that are too complex for conventional programming. And corporate labs’ resources allow progress that might not be possible in academic departments, says Geoffrey Hinton, a deep-learning pioneer at the University of Toronto in Canada who took up a post at Google in 2013. The fields of speech and image recognition, for instance, had been held up for years by a lack of data to use in training algorithms and a shortage of hardware, he says — bottlenecks that he was able to get past at Google.

“AI is so hot right now. There are so many opportunities and so few people to work on them,” says Ng, who says he was attracted by Google’s reams of data and computing power, and its ability to tackle real-world problems. Another temptation is that private firms can offer “astronomical” wages, says Tara Sinclair, chief economist at Indeed, a firm headquartered in Austin, Texas, that aggregates online job listings and has chronicled a rising demand for jobs in AI in Britain and the United States.

“There are so many opportunities and so few people to work on them.”

The excitement shows that AI is at a point at which it can achieve real-world impact — and companies are the natural way to make this happen, says Pieter Abbeel, a specialist in AI and deep learning at the University of California, Berkeley. In the 1950s, a similar job migration occurred in semiconductor research, when many of the field’s leading figures were poached to become heads of industrial research-and-development labs, says Robert Tijssen, a social scientist at Leiden University in the Netherlands. Moving academics bring expertise while extending their new-found corporate networks back to their former colleagues and students — making the scenario a “classic win–win situation”, Tijssen says.

Herman Herman, director of the US National Robotics Engineering Center based at Carnegie Mellon University in Pittsburgh, Pennsylvania, subscribes to that view. In 2015, car-hailing app Uber, which was collaborating with the centre, hired almost 40 of his 150 researchers, mainly those working on self-driving cars. Reports at the time suggested that the centre was left in crisis, but Herman says this was overblown; the project was one of dozens across Carnegie Mellon’s Robotics Institute, which has about 500 faculty members. The move was a chance to bring in new blood, and shortly afterwards, Uber donated US$5.5 million to support student and faculty fellowships at the institute. Meanwhile, the publicity raised the profile of the centre’s work, says Herman — and student applications are up.

Why biomedical superstars are signing on with Google

The loss of expertise in academia concerns Yoshua Bengio, a computer scientist at the University of Montreal in Canada, which has also seen a surge in graduate-student applications. If industry-hired faculty members do retain university roles — as Hinton has at the University of Toronto and Ng has at Stanford University in California — they are usually only minor, says Bengio. Losing faculty members reduces the number of students that can be trained, especially at PhD level, adds Abbeel.

Hinton predicts that the shortage in deep-learning experts will be temporary. “The magic of graduate research in universities is something to be protected, and Google recognizes that,” he says. Google is currently funding more than 250 academic research projects and dozens of PhD fellow­ships.

In supplying industry with talent, universities are fulfilling their natural role, says Michael Wooldridge, a computer scientist at the University of Oxford, UK. And with interest in AI generally booming, he struggles to see a situation in which academia is left deserted. The London-based firm Google DeepMind hired ten researchers from Oxford in 2014 — but Google gave the university a seven-figure financial contribution, and formed a research collaboration (see ‘Google DeepMind’s talent grab’). Many of the poached staff still hold active teaching positions at the university — giving students opportunities they might otherwise never have had.

Bengio is also concerned about the long-term impacts of corporate domination. Industry researchers are more secretive, he says. Although scientists in some corporate labs (such as those at Google and Baidu) are still publishing papers and code openly — allowing others to build on their work — Bengio argues that corporate researchers still often avoid discussing their work ahead of publication because they are more likely than academics to have filed for patents. “That makes it more difficult to collaborate,” he says.

Some industry insiders are concerned about transparency, too. In December 2015, SpaceX founder Elon Musk was among a group of Silicon Valley investors who launched a non-profit firm called OpenAI in San Francisco, California. With $1 billion promised by its backers, it aims to develop AI for the public good, sharing its patents and collaborating freely with other institutions.

Although Google, Facebook and the like seem committed for the moment to tackling fundamental questions in AI, Bengio fears that this might not last. “Business tends to be pulled to short-term concerns. It’s in the nature of the beast,” he says. He cites telecommunications firms Bell Labs and AT&T as examples of companies that had strong research labs, but eventually lost their talent by putting too much emphasis on the short-term objective of making money for the company.

Hinton insists that basic research can thrive in industry. And because of the urgent need for AI research, some of today’s expansion in basic research is inevitably taking place at corporate firms, he adds. But academia will still play a crucial part in AI research, he says. “It’s the most likely place to get radical new ideas.”