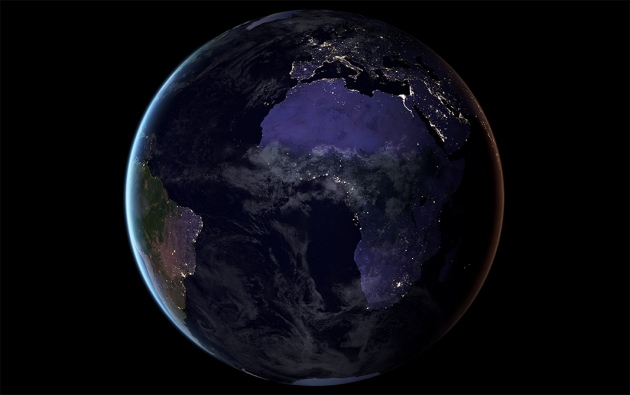 In the world’s wealthiest neighbourhoods, artificial intelligence (AI) systems are starting to steer self-driving cars down the streets, and homeowners are giving orders to their smart voice-controlled speakers. But the AI revolution has yet to offer much help to the 3 billion people globally who live in poverty.

That discrepancy lies at the heart of a meeting in Geneva, Switzerland, on 7–9 June, grandly titled the AI for Good Global Summit. The meeting of United Nations agencies, AI experts, policymakers and industrialists will discuss how AI and robotics might be guided to address humanity’s most enduring problems, such as poverty, malnutrition and inequality.

Development agencies are buzzing with ideas, although only a few have reached the stage of pilot experiments. But scientists caution that the rise of AI will also bring societal disruption that will be hard to foresee or manage, and that could harm the world’s most disadvantaged. “Developing countries may have the most to gain from AI, but also the most to lose if we are not vigilant,” says Chaesub Lee, director of the Telecommunication Standardization Bureau of the UN’s International Telecommunications Union, which is organizing the meeting.

Many researchers expect that AI systems will help to assess and track measures to alleviate poverty. At present, there are few accurate data on where the poorest people live because household surveys are infrequently carried out in poor or remote areas, says Marshall Burke, an economist at Stanford University in California.

Burke and his colleagues are training algorithms using night-time satellite images (in which well-lit areas are a rough proxy for affluence) to learn which features in daytime satellite images — such as roads, or roof types — correlate with relative wealth or poverty. In a pilot study in five African nations, the team found that its AI system predicts village-level wealth better than do earlier methods that use night lights alone.

Other scientists at Stanford, led by Jiaxuan You, are using AI and satellite remote-sensing data to predict crop yields months ahead of harvest, hoping to anticipate food shortages. And the UN children’s charity UNICEF is investing in work to test whether deep learning can diagnose malnutrition from photographs and videos of children. “This is currently done using mid-upper-arm circumference and is slow and not always super-accurate,” says Christopher Fabian, the head of UNICEF’s innovation and venture funding unit. “We believe we can do better.”

AI has been used for years in responses to natural disasters: helping to track where casualties and relief needs are greatest by parsing social-media messages and analysing satellite and drone imagery. In 2016, the XPRIZE Foundation, based in Culver City, California — which is co-organizing the Geneva summit — announced a US$5-million prize fund to reward ideas for using AI to solve challenges facing society.

But just as the Internet has brought risks and rewards that few could have anticipated, so AI will have “good, bad, transformative and plain weird effects” on societies, says Anders Sandberg, who studies the societal and ethical issues of new technologies at the University of Oxford, UK. The Geneva summit, for instance, focuses on how AI could help to achieve the UN’s Sustainable Development Goals — targets to improve the lives of the world’s poorest people by 2030. One is to ensure decent jobs for all. Yet a 2016 report from financial institution Citi suggests that AI and robotics might hit jobs in developing countries hardest.

Concerns over some of these risks have prompted industry to fund initiatives focused on societal benefit. They include OpenAI — a non-profit research company launched in December 2015 with $1 billion of funding from philanthropists and entrepreneurs, in part to develop ‘safe’ AI systems — and the Partnership on Artificial Intelligence to Benefit People and Society, founded last October. The partnership includes Google, Microsoft and Facebook, but also UNICEF, Human Rights Watch and a host of non-profit organizations; in May, it announced that it would launch a grand-challenge series to boost initiatives that use AI to address long-term societal issues.

Ultimately, it is the firms developing AI that will have the greatest say in the technology’s future direction, warns Milton Mueller, an expert on Internet governance at the Georgia Institute of Technology in Atlanta.