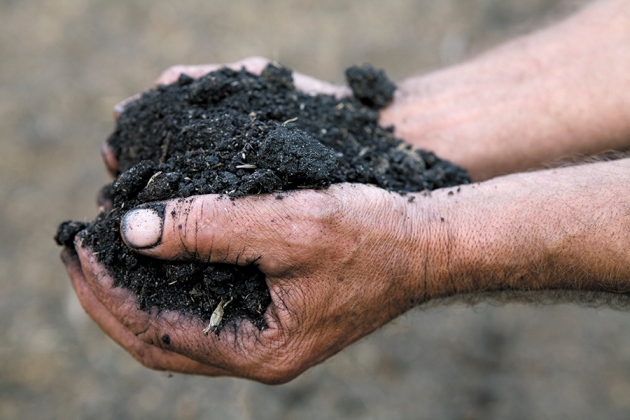 Most soils are in private ownership, making it tricky to implement binding international agreements.

Eighty years ago, in 1935, soils were for the first time officially recognized as a limited national resource that should be responsibly managed. In the wake of the catastrophic erosion that caused the infamous Dust Bowl drought, the US government passed the Soil Conservation Act. “The history of every Nation is eventually written in the way in which it cares for its soil,” wrote President Franklin D. Roosevelt.

Roosevelt's act was largely successful. It encouraged farmers to apply sustainable management practices — such as tilling less, installing windbreaks, and planting along slope contours1. Between 1982 and 2007, soil erosion in US cropland declined by 43% (ref. 2).

The history now being written in the world's soils is not so rosy. Every year, 75 billion tonnes of crop soil are lost worldwide to erosion by wind and water, and through agriculture; this costs about US$400 billion a year3. Only a few countries have national legislation protecting soil, including Germany and Switzerland4. Attempts at binding international legal agreements have so far failed.

This cannot go on. Soils are a limited natural resource, unequally divided between nations and people. They provide fertilizer for growing food; store and filter water; host rich ecosystems, including many little-known species; provide resources such as peat, sand, clay and gravel; and hold our cultural and historical memory in archaeological artefacts. The ground beneath our feet is a public good and service.

Get off my land

Without governance to assure wise management and equitable access, we are heading towards increased poverty, hunger, conflict, land grabs and mass migration of displaced populations, such as that seen during the Great Depression5. The world now stands at a moment of opportunity. A Global Soil Partnership (GSP) exists, and could implement a voluntary system of global governance. But the GSP needs to develop clear, concrete proposals for action to secure more funding and move forwards.

International soil governance faces great challenges. Take, for example, a nearly decade-long attempt by the European Union to implement a governance framework. A team at the European Commission (of which I was part) developed a common EU strategy for soil protection6 including a proposed EU Soil Framework Directive, which would have obliged member states to take action to prevent soil degradation. It was the result of several years of consultations in specialized working groups that included scientists, policymakers, industry representatives, landowners and farmers, as well as concerned non-governmental organizations (NGOs) and other stakeholders. Much was at stake, including the ongoing, costly remediation of more than 3 million contaminated sites in Europe, such as old industrial areas and mining sites, and the question of who should pay. 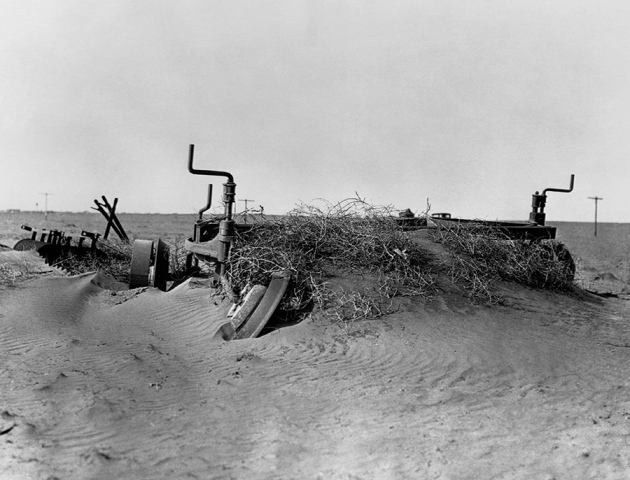 Several EU member states opposed the directive. Their arguments were much the same as those used in 1935 by opponents to the US Soil Conservation Act. They countered that soils are a strictly local issue, and should be governed locally rather than by a central authority (the subsidiarity principle). They noted that because most soils are privately owned, they should not fall under the remit of public governance, and pointed out that soils do not move, and therefore there is no need for transnational or global governance instruments. After some debate and a long period of apathy, the directive was withdrawn by the European Commission in May 2014.

The counter-argument is simply that good-quality soils are necessary for the food, fibre and fuel of a growing population. That makes soil — like air and water — a shared resource that requires governance. And, because most soils are indeed privately held, legally binding international agreements are unrealistic. Instead, governance must be based on voluntary efforts by national governments, local land owners and administrations.

Progress so far has been disappointing. In 1982, the Food and Agriculture Organization of the United Nations (FAO) adopted a World Soil Charter with 13 recommendations for sustainable soil management. It enshrines some basic principles such as: “the use of these resources should not cause their degradation or destruction because man's existence depends on their continued productivity”. That charter was endorsed by all members of FAO (nearly all national governments). It remains largely ignored.

The dramatic rise in food prices during the 2008 global food-commodities crisis finally raised the attention of policymakers. That led to the creation in 2011 of the FAO's GSP: a voluntary body tasked with finally enacting the soil charter's principles.

The GSP has concentrated its activities on promoting sustainable management of soils, for example by encouraging consistent research, education and good policy. In 2016, it will launch a World Soil Prize to reward best practice. Concrete action on the ground is in the hands of Regional Soil Partnerships that include all local stakeholders. So far, most of the GSP's work has been in organizing conferences and developing task-force plans of action. Sadly, these mostly provide vague expressions of intent. Four years after its creation, the GSP is under increasing pressure from NGOs and funders to deliver results.

The GSP's clearest call is for the development of a Global Soil Information System. Unfortunately, the GSP failed to establish a comprehensive partnership with everyone involved, and as a result several parallel independent projects have emerged, such as the GlobalSoilMap.net consortium and the Global Soil Information Facilities. Bringing all of these efforts together will be difficult.

“Soils are necessary for the food, fibre and fuel of a growing population.”

To underpin the GSP, an Intergovernmental Technical Panel on Soils (ITPS; of which I am chair) was established in June 2013. Like the Intergovernmental Panel on Climate Change, the ITPS aims to provide scientific and technical guidance to policymakers. It is composed of 27 soil experts from across the seven FAO regions. Our ambition is to serve the GSP and all soil-related multilateral environmental bodies, such as the United Nations Convention to Combat Desertification, the Convention on Biological Diversity and the United Nations Framework Convention on Climate Change.

The main product of the ITPS's first two years is the Status of World's Soil Resources report, scheduled for release at the closing ceremony of the UN International Year of Soils in December 2015. The report, the first comprehensive assessment of global soil resources, is the collaborative effort of more than 200 scientists. It highlights serious concerns such as nutrient imbalance: some parts of the world suffer from an excess of fertilizer use, whereas much of the developing world suffers from a severe lack of fertilizers. The ITPS is preparing practical recommendations for reversing these trends.

The GSP is the best current option for driving forward those recommendations, despite its shortcomings. The partnership needs to motivate all invested parties to develop commitments to specific actions. These should enshrine soil management in legislation tailored to each country's needs. The GSP needs to prove that it can be more than just a talking shop, and can generate political will and raise funding. The FAO has suggested an initial budget of $64 million over five years for the GSP7, mainly to help to develop the Global Soil Information System and to promote training and capacity building in developing countries. So far, less than 10% of that has been raised from donors, mainly the European Commission.

Increasingly, people speak of 'soil security'8, in analogy with food and water security. In a world facing increasing stress from a growing, hungry population and changing climate, soils will become ever more important.