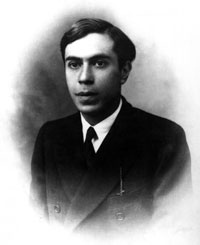 A year before he mysteriously disappeared at sea, Italian physicist Ettore Majorana posed a puzzle for future researchers. Quantum pioneer Paul Dirac had in 1928 predicted the existence of antimatter — mirror particles that annihilate with their matter counterparts. All known fermions — particles with half-integer spin, such as electrons — obey Dirac’s rules, but in 1937 Majorana varied Dirac’s equation to predict a class of particle that is its own antiparticle: the Majorana fermion.

Whether anything in nature fits Majorana’s prediction has remained unclear. But Leo Kouwenhoven, a nano­scientist at Delft University of Technology in the Netherlands, unveiled the most promising evidence so far for the existence of Majorana fermions, at a meeting of the American Physical Society in Boston, Massachusetts, on 27 February. The result is not just a vindication for the vanished theorist: Majoranas might also turn out to be the ideal information carriers in certain schemes for quantum computing.

What Kouwenhoven’s group spotted are not real particles, but quasiparticles formed from the collective movement of electrons in a semiconducting nanowire. Other researchers have invoked Majoranas to explain various observed behaviours in solid materials, but Kouwenhoven’s data are the first to clearly demonstrate a predicted Majorana signature. “What he showed is extremely compelling,” says Jason Alicea, a theoretical physicist at the University of California, Irvine.

The Delft group tested a 2010 proposal that a pair of Majorana fermions could form at the interface between a superconductor and a semiconducting nano­wire in a magnetic field (R. M. Lutchyn et al. Preprint at http://arxiv.org/abs/1002.4033; 2010). Majoranas are electrically neutral, and the mass of free-floating electrical charge in the superconductor allows electrons and absences of electrons — known as holes — to form neutral entities at the interface with the nanowire. Kouwenhoven reported a peak in the conductance through the nanowire at zero voltage: a signature of a spatially separated pair of Majoranas forming.

Patrick Lee, a physicist at the Massachusetts Institute of Technology in Cambridge, says that he wouldn’t call the observation a discovery just yet. He argues that other peaks in Kouwenhoven’s data point to the existence of non-Majorana states that could be mimicking the long-sought-after phenomenon. Even if Majorana fermions have surfaced, those other states could prove a problem for any possible application in quantum computing.

Normal particles are indistinguishable from others of the same type, so can swap positions in a system without a change in underlying quantum state. Majoranas, however, ‘remember’ swapping places, and an exchange leads to a new quantum state. This makes it possible to perform logical operations by physically exchanging Majoranas — ideal for quantum computing. “They’re very useful. A whole programme of research will follow from this,” says Charles Marcus, a physicist at Harvard University in Cambridge.

Physicists expect Majoranas to be created in spatially separated pairs that have a long-distance quantum link, as in Kouwenhoven’s experiment. The link should make the particles robust to decoherence — the destruction of quantum bits through interaction with the environment that dogs other quantum-computing approaches — says Roman Lutchyn, a theoretical physicist at Microsoft’s Station Q in Santa Barbara, California, and one of the authors of the proposal that Kouwenhoven tested. “This is a great development,” he says.

The paper on which this story was based has now been published in Science1.