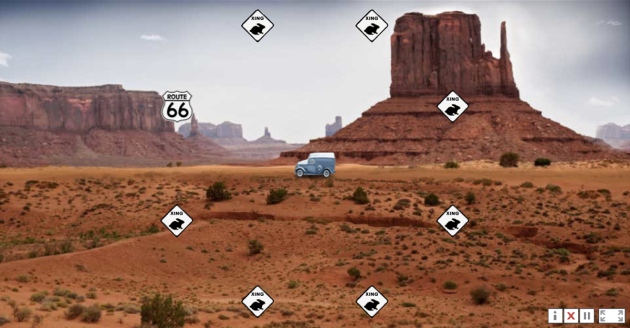 A new study tested older adults' mental acuity by timing how quickly they clicked on images in a 'brain training' computer game.

People who use a ‘brain-workout’ program for just 10 hours have a mental edge over their peers even a year later, researchers report today in PLoS ONE1.

The search for a regimen of mental callisthenics to stave off age-related cognitive decline is a booming area of research — and a multimillion-dollar business. But critics argue that even though such computer programs can improve performance on specific mental tasks, there is scant proof that they have broader cognitive benefits.

For the study, adults aged 50 and older played a computer game designed to boost the speed at which players process visual stimuli. Processing speed is thought to be “the first domino that falls in cognitive decline”, says Fredric Wolinsky, a public-health researcher at the University of Iowa in Iowa City, who led the research.

The game was developed by academic researchers but is now sold under the name Double Decision by Posit Science, based in San Francisco, California. (Posit did not fund the study.) Players are timed on how fast they click on an image in the centre of the screen and on others that appear around the periphery. The program ratchets up the difficulty as a player’s performance improves.

Participants played the training game for 10 hours on site, some with an extra 4-hour ‘booster’ session later, or for 10 hours at home. A control group worked on computerized crossword puzzles for 10 hours on site. Researchers measured the mental agility of all 621 subjects before the brain training began, and again one year later, using eight well-established tests of cognitive performance.

The control group’s scores did not increase over the course of that year, but all the brain-training groups significantly upped their scores in the Useful Field of View test — which requires a subject to identify items in a scene with just a quick glance — and four others. When they compared the study participants' scores to those expected for people their ages, the researchers found improvements that translated to 3-4.1 years of protection in age-related decline for the field-of-view test and from 1.5-6.6 years for the other tasks.

“It was interesting that it didn’t matter whether you were on site at the clinic or just did this at home — you got basically the same bang for your buck,” says Frederick Unverzagt, a neuropsychologist at the Indiana University School of Medicine in Indianapolis, who was not involved with the study.

But Peter Snyder, a neuropsychologist at Brown University in Providence, Rhode Island, points out that players’ performance could have improved simply because they were familiar with the game — not because their cognitive skills improved. “To me, that makes it hard to interpret the results with the same degree of certainty” that the authors have, he says.

Snyder also doubts that 10 hours of training could affect brain wiring enough to provide long-lasting general benefits, but Henry Mahncke, chief executive of Posit Science, disagrees. “If you’ve never played piano before and spend 10 hours practising, a year later you will be better than when you started,” he says. “The new study shows that there’s science to be done here. Some things you can do with your brain are highly productive and others are not.”