Death sentence for Iranian scientist A judge in Tehran sentenced to death an Iranian researcher accused of “collaboration with a hostile government” on 21 October, according to the researcher’s wife and diplomatic sources in Italy. Ahmadreza Djalali, a disaster-medicine researcher who is affiliated with institutions in Sweden and Italy, was arrested in April 2016 while on an academic visit to Tehran and convicted of espionage following a trial in Iran’s revolutionary court. Close contacts of Djalali’s say he believes that he was arrested for refusing to spy for the Iranian intelligence service and was forced to make false confessions. They say Djalali has 20 days to appeal against the sentence. 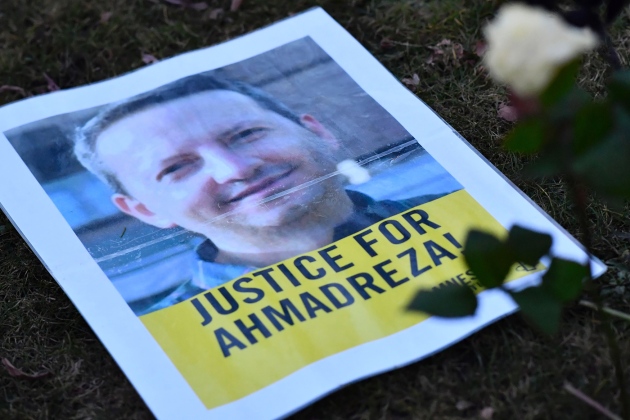 A flyer photographed during a protest outside the Iranian embassy in Brussels for Ahmadreza Djalali.

Hawking’s thesis The PhD thesis of physicist Stephen Hawking has been made freely available online for the first time. The University of Cambridge, UK, where Hawking completed his PhD in 1966, posted the work on 23 October to mark Open Access Week 2017. The physicist was 24 years old when he wrote up his thesis, entitled ‘Properties of expanding universes’. Demand to view the document temporarily crashed Apollo, the open-access repository on which it was posted. Hawking said that he hoped to inspire people by making his work available.

Hungary university The US-registered Central European University (CEU) in Budapest faces another year of uncertainty over whether it can continue to operate in Hungary. In April, the Hungarian government amended its higher-education law to require that all foreign-accredited universities there had to operate as higher-education institutes in their countries of origin. The CEU took steps to comply with the law, but on 17 October the country’s parliament voted to delay a decision that would allow the CEU to keep operating. See ‘Efforts to save leading Hungarian university hit hurdle' for more.

Travel ban blocked Two federal judges temporarily blocked much of US President Donald Trump’s latest iteration of a travel ban that affects eight countries — most of which are Muslim-majority nations — citing unconstitutional religious discrimination. The decisions, announced on 17 and 18 October, allow visa processing to resume as usual for all countries named in the ban, with the exception of Venezuela and North Korea. Eighty-four scientific societies and a university submitted a letter on 17 October contesting the most recent version of the ban, which Trump introduced in late September. The letter says that the ban weakens US science, and cites “serious implications for diplomatic, humanitarian, and national security interests” as motivation for the organizations’ disapproval.

New Zealand leader Jacinda Ardern, New Zealand’s newly elected prime minister, has promised to prioritize a number of science-related issues, including climate change and the environment. After a close-run election in which no party won an outright majority, it was announced on 19 October that Ardern would lead a coalition government made up of her own Labour Party and the New Zealand First party. During campaigning, both parties committed to boosting science funding, with New Zealand First saying it would increase investment in research and development (R&D) to 2% of gross domestic product. The current figure is around 1.2%. The Labour Party plans to introduce tax breaks for companies that invest in R&D, and to establish an independent climate commission to advise the government on reducing carbon emissions.

Chinese science China will become “a nation of innovators”, according to a speech by the country’s president Xi Jinping on 18 October. Xi laid out the vision as he opened the 19th National Congress of the Chinese Communist Party, an event held every 5 years at which the party shuffles its leadership. It was also a chance for Xi to consolidate his power after five years of heading the party. His support for science and technological innovation, which he says is necessary to build the industrial system needed for “socialism with Chinese characteristics”, has been welcomed by scientists. Xi also boasted of China’s success on environmental issues, and promised to put the country at the forefront of global efforts to combat climate change.

Saturn surprise New data from NASA’s Cassini probe suggest that Saturn’s majestic rings are showering tiny dust particles into the planet’s upper atmosphere, where they form a complicated and unexpected chemical mix. The findings were presented on 17 October at a meeting of the American Astronomical Society’s Division for Planetary Sciences in Provo, Utah. A mass spectrometer aboard Cassini detected the strange chemistry during the probe’s final five months, as it looped between Saturn and its rings. Cassini’s mission ended in September, when it burnt up on a controlled dive into Saturn. 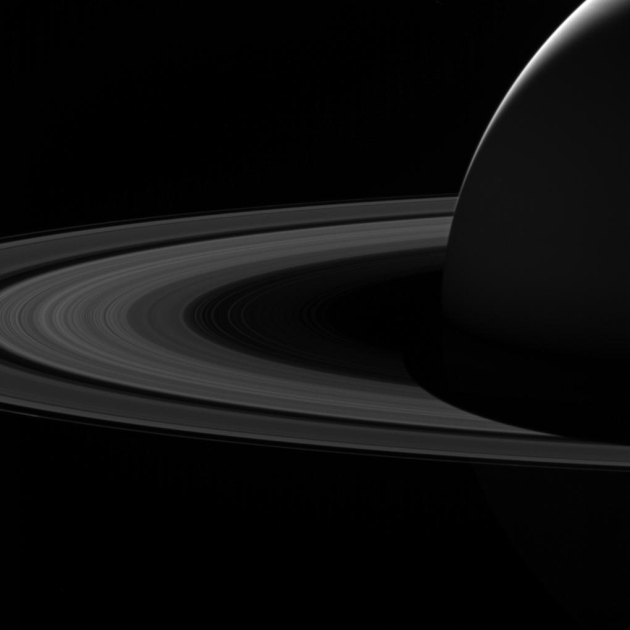 Telescope cut-back NASA will assess what it can strip off from the planned Wide Field Infrared Survey Telescope (WFIRST), its next major astrophysics mission for the 2020s, to keep the mission’s cost below US$3.2 billion. On 19 October, following input from an independent panel of experts, NASA science chief Thomas Zurbuchen directed the agency to consider downsizing the capabilities of WFIRST’s coronagraph, an instrument that studies exoplanets, and its wide-field camera. Even with these reductions, NASA says, WFIRST will still enable cutting-edge research into dark energy, exoplanets and other areas of astrophysics. The mission was the top priority in the most recent US astrophysics decadal survey, but its cost has been creeping up. WFIRST’s current price tag is $3.6 billion.

Euclid delay Officials overseeing the European Space Agency’s (ESA’s) Euclid space telescope will assess whether they need to delay its scheduled 2020 launch because of a problem with infrared detectors developed by NASA. The detectors’ electronics have been failing during tests at cold temperatures, NASA astrophysics head Paul Hertz told an advisory panel on 18 October. Fixing the problem could take 12–18 months. NASA is providing 16 detectors for Euclid, which will study dark energy and dark matter. ESA is trying to minimize the impact of the NASA delay by reshuffling its schedule for integrating parts into the telescope.

Nuclear-decay hunt On 23 October, physicists in Italy inaugurated a search for a type of nuclear decay that could explain why the Universe seems to contain almost no antimatter. The Cryogenic Underground Observatory for Rare Events (CUORE) at the Gran Sasso underground laboratories in the Apennine Mountains is one of several experiments worldwide that are looking for neutrinoless double-beta decay, a hypothetical reaction that would reveal whether neutrinos are their own antiparticles. In early cosmic history, this reaction could have led to matter becoming prevalent over antimatter. CUORE looks for the reaction in 760 kilograms of tellurium dioxide crystals kept at 10 millikelvin and shielded in part with lead recovered from a Roman shipwreck.

CRISPR patents Key US patents on a gene-editing tool called CRISPR–Cas9 can be bundled together and licensed for agricultural applications, thanks to an 18 October agreement. The patents are held by the Broad Institute of MIT and Harvard in Cambridge, Massachusetts, and DuPont Pioneer, an agricultural biotechnology company in Johnston, Iowa, which had licensed the patents from the University of California, Berkeley, and other institutions. Although the Berkeley team is embroiled in a fight with the Broad Institute over CRISPR–Cas9 patents, the new agreement will allow companies to obtain a non-exclusive licence for the patents from the Broad and DuPont. The CRISPR–Cas9 intellectual property will be free for universities and non-profit organizations.

Korean reactors South Korea will resume building two nuclear power plants following the recommendation of a citizens’ jury. Although President Moon Jae-in had pledged to cancel construction of the plants when he was elected earlier this year, he agreed to a three-month public debate after his party took power. On 20 October, the government announced that it would accept the jury’s decision. Composed of 471 citizens, the jury also recommended that nuclear power eventually be phased out. Moon, who has shut down one old reactor, vowed to continue to pivot the nation towards renewable energy and natural gas. An earthquake last year in the country’s southern region has raised fears of possible damage to its nuclear reactors. 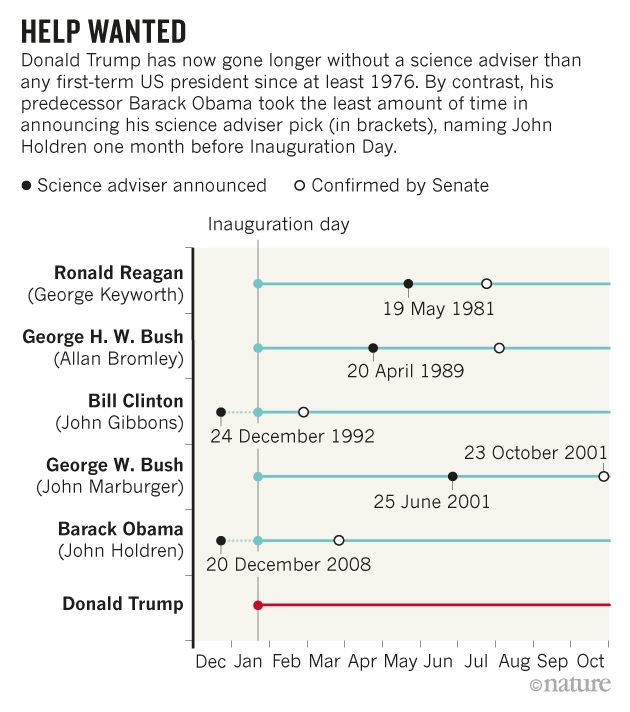