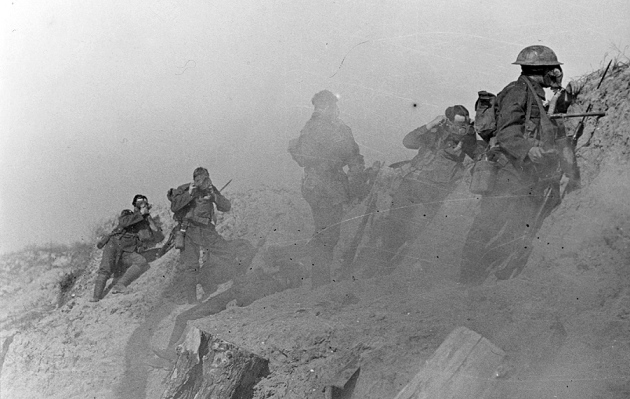 A gas alarm in Loos, France, during the First World War.

One hundred years ago on 22 April, a vast yellow-green cloud drifted inexorably across fields of mud around the small town of Ypres in Belgium. The choking chlorine fog, released by German troops, claimed the lives of thousands of troops fighting on the French side in the First World War. It marked the first large-scale use of a chemical weapon.

That centenary was commemorated in Ypres on 21 April, where parties to the Chemical Weapons Convention (CWC) renewed their commitment to rid the world of this horrific form of warfare. Yet just a few days earlier, the United Nations Security Council had viewed shocking video evidence of civilian casualties caused by a chlorine attack in Syria last month, allegedly launched by government forces. “That some of these allegations surround the use of chlorine gas is a bitter irony, and a reminder that the international community cannot be complacent about its achievements,” said United Nations secretary-general Ban Ki-moon in a statement read at the Ypres ceremony.

Nevertheless, those achievements are significant. Since the CWC came into force in 1997 (see 'A century of chemical weapons'), 190 member states have agreed to destroy all their chemical weapons, a process overseen by the Organisation for the Prohibition of Chemical Weapons (OPCW) in The Hague, the Netherlands. Even Syria bowed to international pressure and acceded to the CWC in 2013, less than a month after it used the nerve agent sarin to kill more than 1,400 people in Damascus. That leaves just six states in the cold: Egypt, Angola, South Sudan, North Korea, Israel and Myanmar. 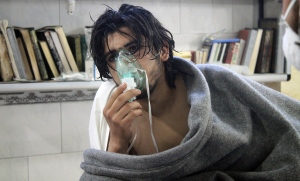 By the end of 2013, the OPCW — which won that year’s Nobel Peace Prize — had verified the destruction of 82% of the chemical weapons declared under the CWC, leaving declared weapons in just five countries, including the United States and Russia. The organization expects the complete eradication of the remaining known stockpiles by 2023.

The OPCW is now debating how its role will evolve over the coming decade. It is likely to ramp up monitoring of facilities that could be used to make chemical weapons, particularly in regions where the chemical industry is developing rapidly. The OPCW estimates that about 5,000 industrial facilities around the world could be turned into chemical-weapons factories, yet just 229 were inspected in 2013.

Keeping track of those chemicals that are 'dual use' (with potential both to harm and to benefit society) and which are not explicitly banned by the CWC is an even tougher challenge, says Alastair Hay, a chemical-weapons expert at the University of Leeds, UK. Although the convention bars the use of chlorine as a weapon, countries are still free to produce it — after all, chlorine is used for water sanitation and is an important industrial chemical. That is why Syria did not have to declare or surrender its stocks of the gas after signing up to the CWC.

Hay says that education will become a greater component of the OPCW’s work, to increase awareness among chemists and chemical engineers of how their work could be misused. Susannah Sirkin, international policy director at Physicians for Human Rights in New York, argues that there should also be more training for first responders to chemical attacks, so that they know how to treat victims while protecting themselves, and so that they can help to preserve evidence that would assist criminal prosecutions.

Hay expects debate in the coming years over the use of riot-control agents, such as tear gas. The CWC bans these in war, yet allows states to use them in policing. “So the difficult area is: what is policing?” says Hay. “This is going to remain a problem unless we make more-specific guidelines on how these agents are used.”

Similarly, parties to the CWC are not required to declare their stocks of chemical agents intended to incapacitate rather than kill. Derivatives of fentanyl, for example, were used to disable terrorists who had taken hostages in a theatre in Moscow in 2002, but the chemicals apparently killed more than 100 people inside the building. “That needs a very broad political discussion, because these things can never be used without fatalities,” says Hay.

For now, however, the OPCW must face a more immediate test: investigating the allegations of chlorine use in Syria, where “every prohibition against chemical weapons has been violated”, says Sirkin. “I think we're at a critical moment.”

A century of chemical weapons