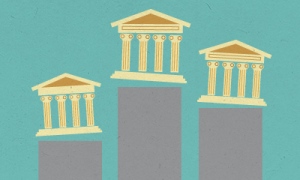 Universities are often ranked using metrics for research income and academic impact, but scores such as those published by the Times Higher Education don’t say much about the quality of life of researchers at those institutions. A blog post by structural biologist Jenny Martin that calls for new researcher-friendly metrics for ranking universities — including a happiness index — is drawing enthusiastic reviews on social media. “I am so going to work on increasing our Happiness-index in the group!” tweeted Jodie Bradby, a physicist at the Australian National University in Canberra. Stephanie Januchowski-Hartley, a conservation scientist at Texas A&M University in Corpus Christi wrote on Twitter: 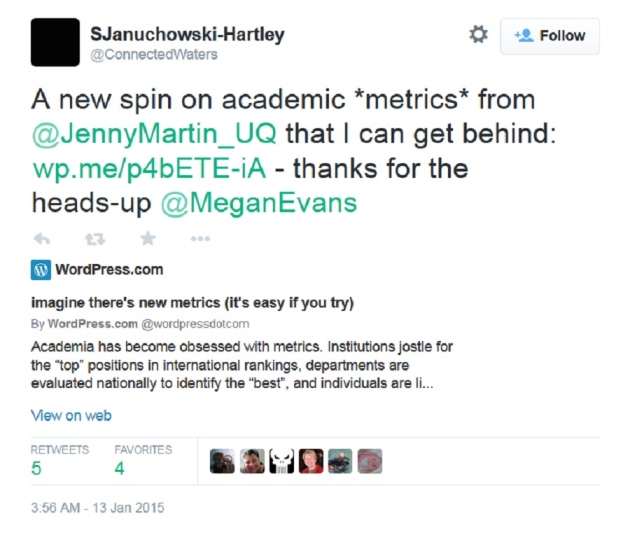 Martin, at the University of Queensland in Brisbane, Australia, wrote a post on her Cubistcrystal blog criticizing the current ranking system. She says that universities at the top of the list attract more and more PhD students, leading to a researcher oversupply that creates extra competition for jobs, unnecessary pressure and, ultimately, disenchantment. She proposes other measures that, in her view, would provide a more realistic view of life at a research institution. The Happiness index would be calculated using surveys of workplace satisfaction and the number of days of leave taken without prompting. The Fairness Index would track the ratio of average salaries for men and women in leadership positions, and the K-index would measure ‘kid-friendly’ attributes, such as parental-leave policies and access to on-campus childcare. Such indices, if ever put in place, “might drive new, perhaps more socially just, workplace behaviours”, she writes.

Martin admits in her post that she may be a dreamer, but “the new metrics I proposed were meant to get us thinking about how we can change the status quo,” she said in an interview.

The proposals seemed appealing — if not especially plausible — to Eve Emshwiller, a botanist at the University of Wisconsin–Madison, who tweeted: 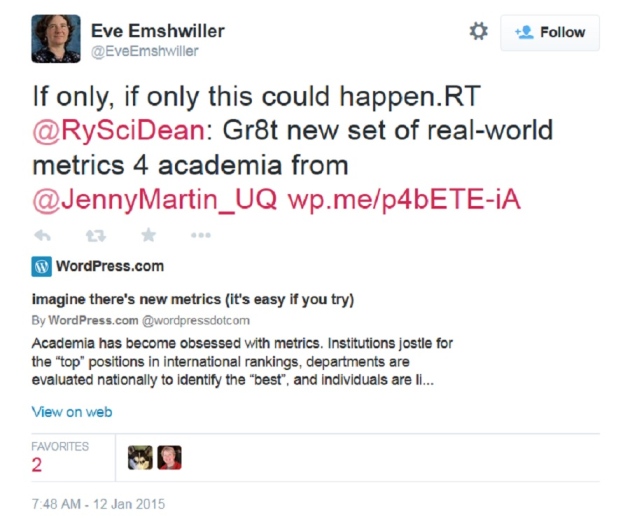 In a follow-up interview, Emshwiller said that if universities started competing to improve their rankings with such metrics, it would “add a lot to quality of life for those of us who work in these institutions.”

And improving quality of life would result in better scientists, says Bradby. “I believe that scientists, like everyone else, work much better when they are connected, valued and supported,” she says. One of her strategies is to give monthly awards for small achievements by those in her lab group, such as if they submit a paper or get a tricky experiment to work.

Including these indices would shake up university rankings, says Januchowski-Hartley. Universities that excel on the basis of conventional measures generally “aren’t going to score high in happiness”, she says.

Phil Baty, editor of the Times Higher Education World University Rankings, acknowledges that its ratings don’t consider factors such as workplace satisfaction or pay equality when scoring universities. Collecting usable data on such issues from institutions around the world would be a huge challenge, he says. Still, he adds that the Times Higher Education often reports on quality-of-life aspects of academia. “We take these issues very seriously.”