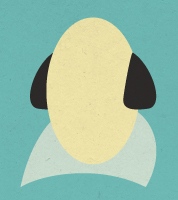 Not many people read research articles for the snappy writing. But Stephen Heard, an ecologist at the University of New Brunswick in Fredericton, Canada, argues in a blog post that scientific writing could be more readable and even elegant, an observation that set off a widespread social-media reaction. Heard wrote that researchers should try livening up their scientific prose to attract and keep more readers. Isabelle Côté, a marine ecologist at Simon Fraser University in Burnaby, Canada, tweeted: 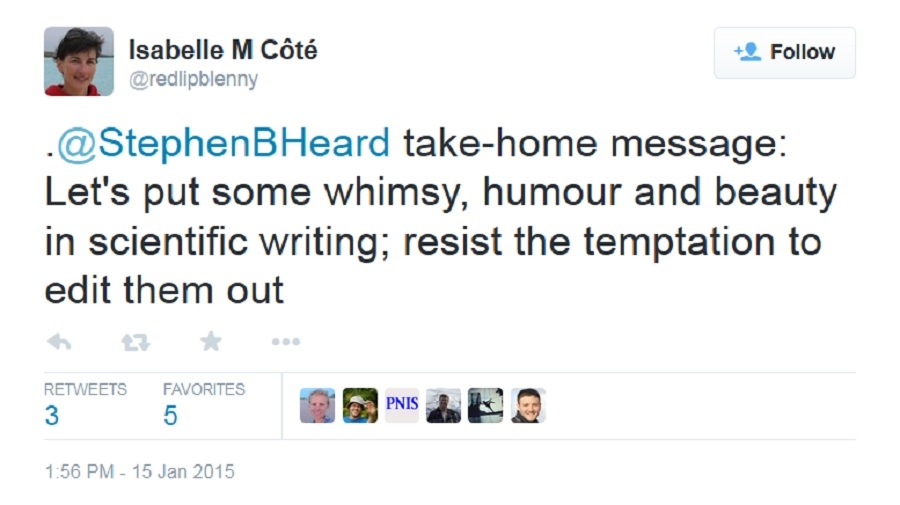 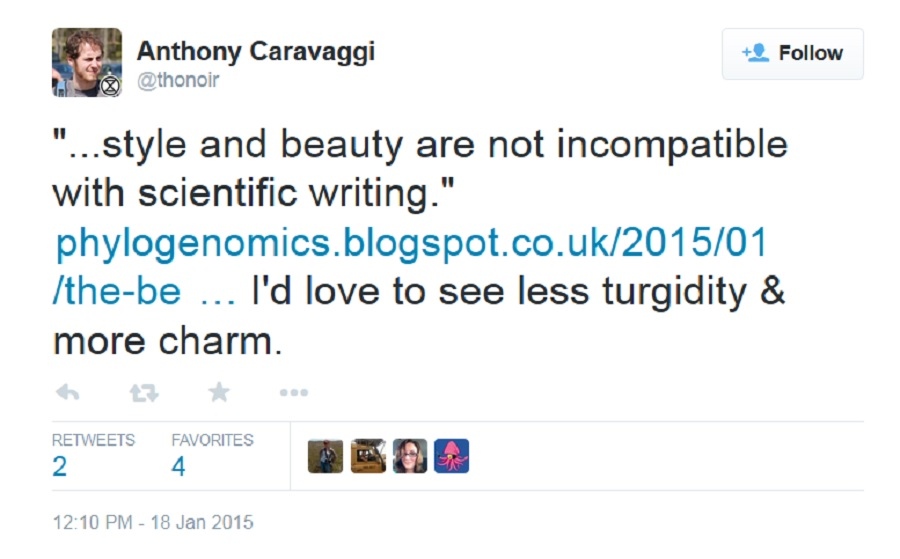 In a guest post on the Tree of Life blog, Heard wrote that “style and beauty are not incompatible with scientific writing” and offered a few examples to make the point. One of these is a 2011 article1 in which Matthew Rockman, an evolutionary biologist at New York University in New York City, uses the nineteentth-century California gold rush as an extended metaphor for the ongoing hunt for meaningful gene variants in the human genome. Rockman wrote: “The shiny (Mendelian) nuggets are rapidly being collected, and ever larger teams of researchers with ever more powerful technologies are now probing whole genomes to find their quarry.”

Rockman says that he appreciates the recognition, but notes that his ‘gold rush’ piece was a commentary, a format that allows for greater freedom of expression than a straightforward research article. In this case, he says that he intentionally tried to echo the “old-fashioned” voice of classic evolution papers by Charles Darwin and others. On the other hand, he notes that a conventional results section that connects data and inferences with inexorable logic has a certain beauty of its own. “I would not want all of my papers to have literary pretensions,” he says.

Côté says that some of her own attempts at whimsy have been quashed by editors, a loss that she chalks up to a “false notion that the communication of science is impeded by adornments and that the only point of elegance and humour in writing is to detract from major flaws”. Some commenters on Twitter felt that non-native English speakers might have a harder time reading or writing anything beyond straightforward, no-frills prose. But Côté notes that English isn’t her first language, and she would still rather receive her information, even from research papers, with a bit of flair.

Beautiful writing could potentially make a paper more accessible to wider audiences such as undergraduates, science writers, politicians and the public, says Caravaggi. But still, he adds, “We must of course always strive for clarity.”