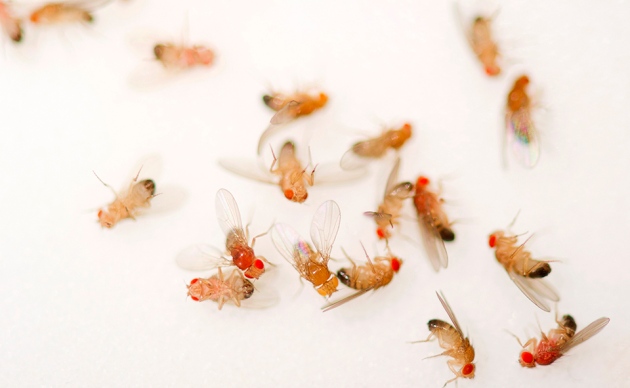 Databases that house information on model organisms like Drosophila (pictured), are in for some changes.

Researchers are protesting plans to reorganize and cut the budgets of five model-organism databases supported by the US National Institutes of Health (NIH).

The databases host a rich trove of information on species of budding yeast, flies, roundworms, zebrafish and mice that hastens progress in biology and human disease, according to an open letter signed by 46 researchers, addressed to NIH director Francis Collins and NIH institute heads. It was published on 21 June on the Genetics Society of America website.

The databases house information about the genetics and biology of model organisms, such as data on genes, proteins, gene expression and numerous other traits. They also host analysis tools.

“NIH’s support for the [model organism databases] over the last two decades has enabled a bevy of pivotal discoveries that lie at the true heart of the NIH mission. We urge you to continue the far-sighted policy of support for vital research infrastructure,” states the letter, which will be presented to Collins on 14 July at the Allied Genetics Conference in Orlando, Florida.

A move to become one

Officials with the National Human Genome Research Institute (NHGRI) told researchers in May that the agency plans to gradually cut support for the databases by 30–40% beginning next year. For the current fiscal year, the agency has dedicated US$17.6 million to support the 5 databases, each of which is run independently.

Funding for data resources has not kept up with the massive proliferation of data produced by research projects over the years; some previously free resources have resorted to charging subscription fees for access. Although the five model-organism databases affected by the cuts are funded solely by the NHGRI, they are also accessed by researchers who receive funding from other NIH institutes, and by scientists worldwide. Four other separate databases that collate data on humans and other organisms funded by NHGRI are also slated for cuts.

The agency is hoping to get other NIH institutes to help to support the databases. But at a May meeting in Rockville, Maryland, NHGRI officials asked principal investigators in charge of the five databases to submit a proposal within several months for integrating some of their features. The agency would like to merge administration of the databases completely over the next few years.

“I know there is a lot of concern on the part of the community, but there is a need for the broad scientific community to support these resources better, and that is something that our institute currently cannot afford,” says Valentina Di Francesco, programme director for computational genomics and data science at the NHGRI. And, she adds, the independent operation of each database is confusing for users, who must navigate five separate user interfaces and sets of tools if they want to query information on all five species.

“Ideally, there will be one interface from which a user can extract all the information they need,” Di Francesco says.

The plan has prompted concern among researchers who run the databases, who worry that the features that make each one most useful to their communities will be lost if the NHGRI merges them. Each database is curated by individual scientists who comb through the literature on each species to update entries on, for instance, the functions and features of specific genes. And each hub also hosts some features that are not duplicated elsewhere, says David Bilder, a developmental biologist at the University of California, Berkeley, and president of the Drosophila Board, which represents scientists who work with the eponymous model organism.

“The letter is not in opposition to integration, but it urges that this integration be done in a carefully considered manner that maintains the high quality, and particularly the utility, of each of these databases to the communities who have developed them over many years,” Bilder says.

Di Francesco says that the NGHRI appreciates the value of curation and of each database serving as a community hub. But, she says, it should be possible to streamline some of the back-end technology and administration features of the databases without compromising their quality.

“We are trying to preserve the value addition and community tradition that these databases provide,” Di Francesco says.