'Zoom fatigue' is real, and it's causing a new kind of anxiety amid coronavirus isolation

It’s about staring at yourself, and the silences. 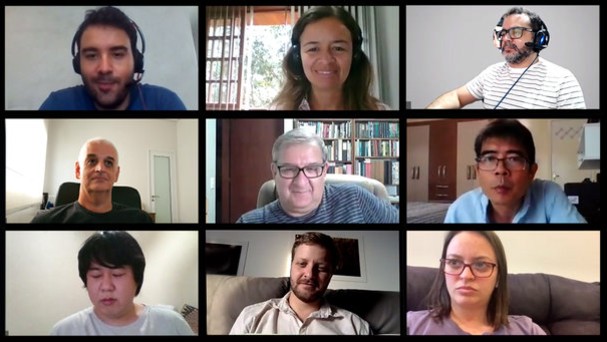 A rift has opened up between researchers who are stressed and exhausted by daily video calls and those who are thriving in a virtual, work-from-home environment.

Months after meetings, lectures, seminars, and informal gatherings were forced online due to social distancing measures, increasing numbers of researchers are feeling the effects of ‘Zoom fatigue’ – a new phenomenon brought on by frequent and lengthy interactions with colleagues and students using video conferencing tools.

“Yesterday I had 7 hours of Zoom in a row: two meetings, a workshop, a course, and a PhD viva,” says Irene Manzella, a lecturer in geology at the University of Plymouth in the UK. “The last three were overlapping, which means I partly followed them at the same time with two screens.”

Early and mid-career researchers are particularly at risk of fatigue, she adds, as they are “constantly [being] pushed to do more, demonstrate more, let the academic world know you exist as a scientist and your institution know you deserve recognition”.

It’s not just the increased number of meetings for some, it’s the video conferencing format that is more taxing for our brains than conventional face-to-face catch-ups.

“Nobody likes to look at themselves for long periods of time, and you’re also staring at all these big faces. It’s not natural,” says Libby Sander, assistant professor of organisational behaviour at Bond University in Queensland, Australia.

With her colleague, Oliver Baumann, Sander is studying the psychological effects of being forced to work from home.

As Baumann explains, when we meet in person, our brains rely on the automatic processing of non-verbal cues.

“We don’t have to think about it – our brain automatically detects certain patterns of emotion and social interaction and we adjust to that,” says Baumann. This allows us to focus on what’s being said. When we’re videoconferencing, we struggle to infer these subtle clues.

There are other reasons why Zoom conferences can seem less natural.

People are far more self-aware of their own faces, so tend to down-play emotional reactions to things while they’re video-conferencing. When meeting in-person, there are opportunities to look out the window down at notes, but online, people feel pressure to be constantly attentive.

“All the chit-chat has gone, all the natural breaks are gone, because silences are awkward in online meetings,” says Baumann. “Everything becomes very efficient, which makes it even more draining.”

‘Talking to a pinhole’

Many academics have turned to Zoom and other video-conferencing tools to give lectures, which presents a whole new set of challenges.

Maria O’Sullivan, a senior lecturer in the Faculty of Law at Monash University in Melbourne, Australia, says one difficulty is that students often feel uncomfortable with being seen in their home environments and choose to turn their cameras off.

“So, whilst I might have 30 to 40 students in the Zoom, it can feel like I am talking to a computer. And without more meaningful human interaction, lectures become fatiguing,” says O’Sullivan.

“We cannot tell whether our students are understanding our explanations, we cannot create debates, we cannot effectively use humour or any other emotions – powerful tools to help them think,” he adds. “We are stuck talking to a pinhole, imagining it to be our 276 students.”

Not everyone is experiencing Zoom fatigue. Susannah Maidment, a palaeontologist and curator at the Natural History Museum in London, says video conferencing has replaced the long, unnecessary meetings of the pre-pandemic workplace.

“I love the new online format that lockdown has imposed,” says Maidment. “People only call a virtual meeting if they really need to, and the meetings are much more brief. If part of the meeting is less relevant to me, I can turn the sound down and get on with other work.”

Others say the lockdown has forced colleagues who had previously resisted new technologies to adapt, fostering better communication between teams in multiple locations.

Heather Stewart, senior lecturer in the Business School of Griffith University in Queensland, says “the geographical boundaries have fallen down” between researchers split across two campuses an hours’ drive away from one another.

She is now regularly video conferencing with colleagues she hadn’t interacted with much before.

Sanders says some researchers were better prepared for the lockdown than others, particularly those in remote teams, and agrees that it’s been more challenging for teams that normally work in the same lab or office to “maintain their usual rapport and camaraderie over video link”.

The question now is, will we continue to have video conferencing apps in our lives long after the lockdown is over?

“I’m very much hoping that, now we’ve all gotten over the hurdle of the concept of virtual meetings, we’ll have them much more frequently when we return to work,” says Maidment.

Baumann argues that while such apps will continue to play a role in our work life, we can’t go on using Zoom to communicate indefinitely.

“If it’s a short time, we are going to make it through, but I don’t really see this as a long-term strategy. It’s really not conducive to meeting new people and starting new projects.”