How many trailblazers have been sidelined? 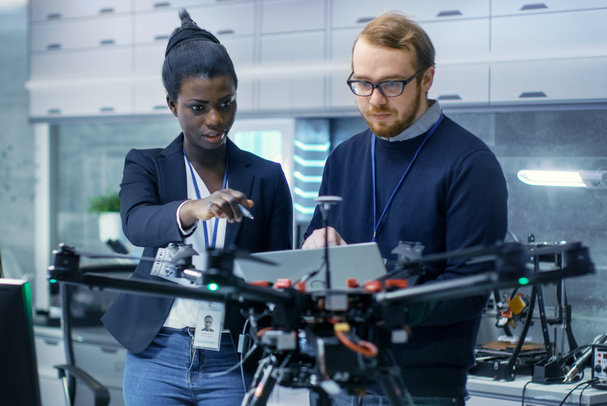 Women and people from minority ethnic groups are a richer source of scientific innovation than their white male counterparts, but are not recognized for it as rapidly – if at all.

An analysis of more than 1.2 million PhD recipients finds that underrepresented groups must innovate at a higher rate than those in majority demographics to achieve the same milestones of success, such as a faculty position at a respected institution.

Minority researchers were also less likely to be publishing research five years after completing their PhD, despite having played a crucial role in driving new discoveries, the study, published in Proceedings of the National Academy of Sciences, found.

The discounting of innovative ideas from women and minority researchers by the scientific community may partly explain their lack of representation in influential positions of academia, the authors suggest.

“Our analyses show that underrepresented groups produce higher rates of scientific novelty. However, their novel contributions are devalued and discounted.”

Finding pioneers in the making

Co-led by Bas Hofstra, a postdoctoral fellow in computational sociology at Stanford University in California, the aim of the study was to investigate if the ‘diversity-innovation paradox’ that has long been suspected of operating in businesses also holds true for science.

The paradox states that, while diversity breeds innovation and creativity, the underrepresented groups that bring such assets to organizations have less successful careers within them.

To identify where the most innovative ideas where coming from, Hofstra and his team applied machine learning and text analysis to nearly all of the PhD theses completed in the United States between 1977 and 2015, across all disciplines.

Any instances of scientific concepts being linked together in new ways for the first time – for example, “HIV” and “monkey” – were flagged, and their subsequent uptake in the scientific literature was tracked.

The authors’ gender and race were inferred by matching their dissertation data to US Census and Social Security data.

Underrepresented groups (non-white women, white women, and non-white men) were found to have introduced more of these innovative concepts, but experienced a slower up-take in the scientific literature.

“They may have been adopted, but just not at the same rate as, for instance, when we compare them to [ideas from] white scholars or male scholars,” says Hofstra.

Using information from the Web of Science citations database, the team tracked which PhD recipients were still publishing research five years later, either in academia or industry, and which had become primary faculty advisors of PhDs at US research universities ¬ two indicators of early academic career success.

The study authors say that institutional biases in faculty hiring, research evaluation, and publication practices need to be addressed to ensure that researchers from underrepresented groups are rewarded for innovative ideas in the same way as their majority counterparts.

While the study only looked at US PhD students, and there are limitations to inferring gender and racial background from a person’s name, Hofstra says the preliminary results of a follow-up project at Stanford that draws on international publication data reveals similar trends playing out in other countries.

The team is now looking at how mentoring can improve outcomes for researchers in underrepresented groups – a measure that universities can support to ensure that their work is not undervalued or overlooked.

“I do think that there are conscious efforts by well-meaning administrators and universities and scientists to correct this,” says Daniel McFarland, professor of education at Stanford and co-lead author of the study.

“But there's scepticism in some places. I think this helps confirm that these things are happening, and it helps people to be vigilant.”