What to do when your research comes under fire

3 pieces of advice from the frontlines of scientific debate. 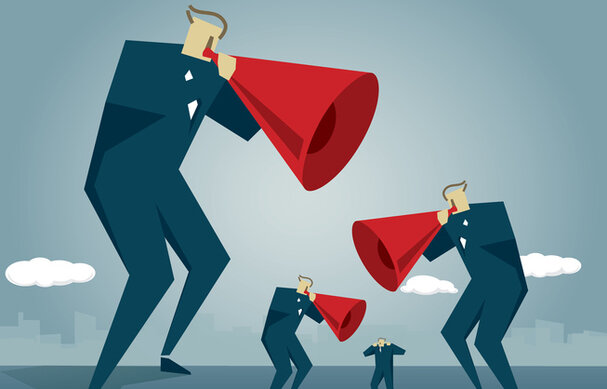 Nothing could have prepared chemist Dan Shechtman for the waves of criticisms that would follow his discovery of quasi-crystals.

A direct challenge to the assumption that all crystals have an ordered and repeating atomic structure, the patterns of atomic arrangement in quasi-crystals do not repeat.

“Before publishing my work, only a few scientists knew about my finding and their reactions were varied. Many felt that the data were encouraging, while some were more sceptical,” says Shechtman, now a Distinguished Emeritus Professor at the Technion Israel Institute of Technology in Israel.

“As my own worst critic, I’d checked my results repeatedly, so I was convinced that my observations were correct, and was not too affected by the debates going on about my work.”

When his results were published in Physical Review Letters in 1984, Shechtman says they were met by harsh criticisms from “the small but powerful” anti-quasi-crystal community led by American chemist Linus Pauling, the 1954 Nobel Prize Winner of Chemistry.

“My career was adversely affected by the anti-quasi community, and my promotion was delayed on a few occasions,” he recalls.

In 2011, Shechtman won the ultimate vindication: the Nobel Prize in Chemistry for his discovery of quasi-crystals. Even so, none of his critics have apologised, he says.

Any scientist can be involved in an academic debate – broadly defined as any discussion on the soundness and validity of research, including elements such as experiment design and conclusion. The interrogation of methods and findings is key to the scientific process in which conclusions must be supported by sound evidence.

Yet some – particularly early career scientists unused to navigating criticism – may find academic debates demoralizing, especially when they are not constructive in tone. The fact that such debates are increasingly conducted under the media’s gaze may also add more stress.

These three pieces of advice from scientists at the forefront of debates over controversial findings may help other researchers face criticism of their work.

1. Be prepared to defend your work with reproducible data

When Shechtman’s work on quasi-crystals first drew criticism, he was an early-career scientist squaring off with far more established colleagues. Pauling, his most vocal and high-profile critic, was twice his age, and had almost six decades of experience in the field at the time.

Shechtman’s advice to young scientists facing a similar challenge is to take measures to ensure the integrity of their work, so they can defend it with confidence.

“Make sure that your findings are reproducible and trust your own judgment,” says Shechtman. “In this way, you will be ready to defend your work even if its validity is being debated.”

2. Let the debate play out, and keep your emotions in check

In 2015, Can Xie, professor of biophysics at the Hefei Institutes of Physical Science of Chinese Academy of Sciences in China, was the corresponding author of a Nature Materials study that identified a protein called MagR.

MagR, the paper states, potentially forms the basis of magneto-reception, how animals such as monarch butterflies, salmon, bats, and migratory birds can sense Earth’s magnetic fields. The authors propose a new technique called magnetogenetics, using magnetic fields to manipulate cells and proteins in a similar way that light is used in optogenetics to control brain activity.

The debate, says Xie, “might have negatively impacted my promotion and grant applications in some places, but greatly enhanced recognition and support in other places”.

“My advice for young scientists is that, to do well, they have to focus on the scientific questions that excite them and try not to be too emotionally affected by academic opinions,” says Xie.

“All of us participate in making errors and we should, therefore, also contribute to correcting errors when we see them,” he says. “If academic debates help one to realise that one has made an honest mistake, it is best to acknowledge it, learn from it, and move on. An honest mistake is not a big deal.”

3. Choose your platform for rebuttal carefully

Meister advises early career scientists to respond to their critics professionally, in the form of a published scientific report.

Although social media is a popular stage for academic debates, he does not recommend using such platforms, where the response is limited to a few hundred characters.

Meister believes that writing a letter to the editor of a journal might not be the best approach either. He instead recommends preprints and blog posts, which give the writer more control and, in his experience, reach the intended audience more effectively.

Joerg Heber, Editor-in-Chief of the journal PLOS ONE, says researchers should not be discouraged from writing a letter to the editor as part of an academic debate.

“As editors, we are the stewards of the scientific record published by us, and it is our responsibility to follow up on all serious concerns,” he says.

Heber adds that his editorial office will investigate concerns on papers seriously before deciding if further editorial action is warranted.