US tops global research performance in 2015 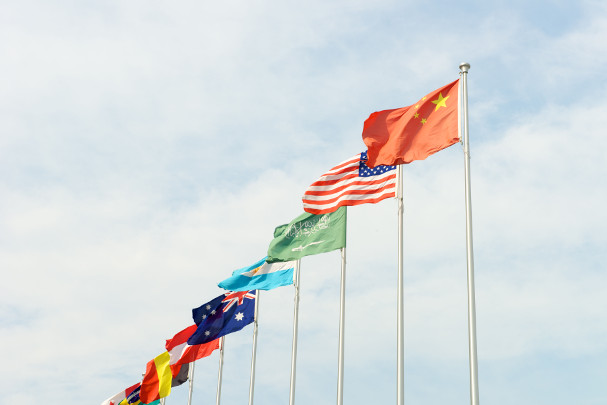 Of the countries that produced the world's top research in 2015, the United States and China stood out.

The Nature Index tracks the world's best natural science research. In 2015, the researchers contributing to a large chunk of that research hailed from five countries, the United States, China, Germany, the United Kingdom and Japan.

Since 2012, every paper published in 68 top-tier journals has been included in the Nature Index database. The index tallies the number of articles (AC) published by universities and research institutions, and by extension, reveals the output of cities and countries. It also measures the contribution of researchers to articles, by a metric called weighted fractional count (WFC), which divides credit for each article by the affiliations of contributing authors. This measure is weighted to account for the disproportionate number of astronomy articles in the index.

When it comes to publishing in the world’s leading scientific journals, the United States is in a league of its own. The contribution of the country’s scientists to high-quality scientific research, and the sheer number of articles they published in top journals, outpaced every other nation in 2015. The United States’ contribution to high-quality research, its WFC, was more than double its nearest rival, China, last year. Meanwhile, United States researchers published more than 26, 000 articles in top-tier journals, almost two-thirds more papers than the next most prolific publisher, China. However, despite its dominance, the United States contribution to articles included in the index declined between 2012 and 2015.

While China’s total number of high-quality articles is still some way from catching the United States, the country’s growth in science papers and increasing input to those papers has been remarkable. Between 2012 and 2015 the growth of Chinese scientists’ contribution to articles published in index-associated journals grew at a compound annual growth rate of 13%. Over the same period, the number of articles Chinese scientists published grew by 14% each year, on average, which equates to Chinese researchers publishing an additional 3,000 articles in leading journals between 2012 and 2015. Of course, the country can utilize an enormous scientific workforce. OECD data records more than 1.5 million researchers in China in 2014, only slightly fewer than the total number living in the European Union. When adjusted for the size of its workforce, however, Chinese researchers make up less of the workforce than in other regions. For every 1000 people employed in China, two are researchers, compared to eight for every 1000 workers in the EU.

Compared with China, Germany has a fraction of the total number of researchers (360,000 in 2014), and yet they churned out more than 9100 papers in leading journals last year – only about 500 less than their Chinese peers. Since 2012, the proportion of Germany’s contribution to high-quality research has remained flat. Compared with other EU members, Germany spends a high portion of its GDP on research and development (2.84% in 2014). The contribution of German industry to R&D spending is among the highest in the world (1.85% in 2014). One of the EU’s goals is to increase the amount of public and private investment in R&D to 3% of GDP by 2020. While German science is relatively well-funded, scientists often bemoan the lack of permanent positions for researchers with many researchers employed on fixed-term contracts.

The contribution to high-quality research from British researchers is impressive, with a Nature Index ranking of fourth in the world, and even more significant when considering their efficiency. The United Kingdom’s spending on R&D as a portion of its GDP is low compared to many countries in the EU, 1.7 percent in 2014, and yet its researchers published more than 8300 articles in top-tier journals last year, about 700 less than German scientists. Four of the country’s universities also made it into the top 50 global institutions in the index based on their contribution to high-quality research. An uncertainty British scientists face is the 23 June referendum as to whether the United Kingdom should remain in the EU, a membership that provides UK scientists with funding, access to infrastructure and a conduit for collaborations. British researchers have received approximately €1.4 billion from the EU since 2014, about 16% of the total amount of funding awarded to UK universities.

Japanese scientists’ contribution to leading journals places the country fifth in the index, an impressive performance despite the government’s recent admission that the country’s world standing in science and technology was falling. Since 2014, Japan’s contribution to high-quality research fell by almost 5%, while the total number of articles published in journals in the index increased by half a percent. The country has seven universities in the top 100 institutions in the index. Despite its reduced scientific output, data from the World Bank shows Japan has spent more on R&D than the top four countries in the index between 2006 and 2013. Although the proportion contributed by the government has stagnated in the past decade.

How Nature Index metrics are calculated