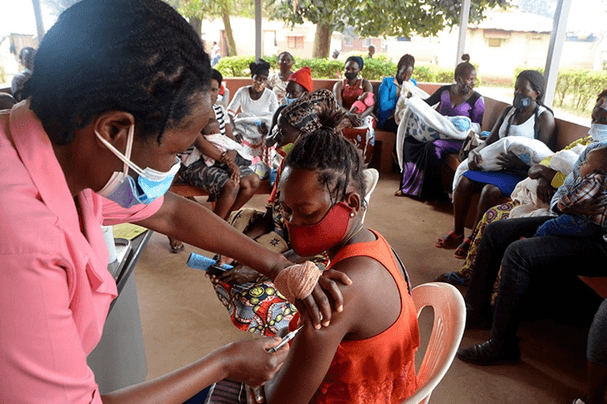 The vaccine against hepatitis B is very effective, but a cure for the disease is the intense focus of collaborative global efforts.

The past century has seen enormous advances in the global fight against infectious disease. There’s the discovery of antibiotics and their development into a suite of treatments; advances in vaccine technology and the eradication of smallpox; and antiviral medications that have transformed HIV from a death sentence into a manageable chronic infection, for example.

Yet the fight continues. In 2019, the World Health Organization reports, one-quarter of all deaths worldwide were due to infectious disease. Globally, it is the leading cause of childhood mortality. In low-income countries, the picture is even starker, with a majority of deaths caused by infectious disease.

Meanwhile, antibiotics are “either showered on people in a way that misuses them, or not available, especially the newer ones, to the majority of people on the planet”, says Carl Nathan, a microbiologist at Weill Cornell Medical Center in New York City. And antivaccine movements are reducing vaccine uptake in many countries. These trends threaten to erode progress.

The number of infectious-disease articles in the Nature Index increased by 75.5% between 2015 and 2020; 2019–20 saw a 53.6% increase due to the explosion of research on COVID-19, which resulted in coronavirus becoming the subject of more articles in the index over the six years to 2020 than any other disease, except HIV/AIDS.

The world’s 20 largest economies spent nearly US$105 billion on infectious-disease research from 2000 to 2017. But year-to-year spending actually fell from 2007 onwards, and funding levels for specific diseases don’t always line up with their global burden, according to an analysis published in The Lancet Global Health.

Although COVID-19 has focused the world’s attention, it has set back progress on other infectious diseases, such as tuberculosis and polio. It’s not clear whether the current focus will eventually translate into sustained benefit to other infectious-disease research.

Gaining, and maintaining, control of infectious diseases in the future will be a complex challenge, researchers say. It will require networks of collaboration across disciplines and countries, and among scientists and companies who normally compete. It will also demand looking beyond the biological sciences.

Conventionally, infection is thought of as a process that involves the interaction between two entities: disease-causing microorganisms and the human body. But, researchers have come to recognize that there’s an important third entity involved: the large community of microorganisms that normally live in the body, particularly in the respiratory system, female reproductive tract and gastrointestinal system.

In a phenomenon known as colonization resistance, these commensal microbes, collectively known as the microbiome or microbiota, help to prevent pathogens from taking hold. They do this by promoting host immune defences and preventing invading pathogens from finding food or other resources, through mechanisms that are not yet fully understood.

“The microbiome is probably our most effective defence against gut bacterial pathogens,” says study leader Bruce Vallance, a paediatric gastroenterologist at the University of British Columbia in Vancouver, Canada, whose team found that mice lacking gut microorganisms were not protected from Salmonella infection.

Learning more about these mechanisms could boost the fight against diarrhoeal diseases such as cholera, as well as lead to new strategies to prevent and treat chronic conditions that aren’t typically thought of as infectious, such as irritable bowel disease.

But the microbiome is a new area of research relative to infectious disease and funding streams for studying harmful pathogens and helpful bacteria are largely separate, so collaboration is difficult. “If you try to do both, granting agencies will say you’re not focused,” Vallance says.

He carried out the Salmonella study by cobbling together money left over from other grants, a ploy that researchers must commonly turn to in order to do more speculative or cross-disciplinary studies, he says.

Chronic hepatitis B infection can lead to deadly liver cancer and liver failure. Although the hepatitis B vaccine is highly effective at stopping a major source of transmission, from mother to infant at birth, it doesn’t help those who are already infected. Current treatments must be taken every day for life, and still leave patients at risk for deadly liver cancer.

The hepatitis B virus is responsible for 40% of all cases of liver cancer and causes nearly 1 million deaths per year worldwide, but it ranks 17th among diseases for article counts in the Nature Index.

Roughly five times as many people are living with chronic hepatitis B compared with hepatitis C worldwide, yet over the past decade, the US National Institutes of Health has spent roughly twice as much on the latter. Hepatitis C is 12th among infectious-diseases article counts in the Nature Index.

The life cycle of the hepatitis B virus (HBV) is complex, and until recently research on the disease has been “very fragmented”, with “some people doing very well, but no real coordination”, Revill says.

This situation inspired the launch of the International Coalition to Eradicate Hepatitis B Virus (ICE-HBV) in 2016 to advance research on a cure. Revill, who spearheaded the initial organization of the initiative and was its founding chair, calls the group’s ICE-HBV road map for elimination of the disease, published in 2019, “one of our most important outcomes so far” because of the way it has tackled barriers to coordination.

The group gets funding from pharmaceutical companies, public and non-profit research foundations, and individual donors.

The road map calls for developing treatments to permanently disable a form of viral DNA that can hide inside liver cells for years, and strategies that simulate the body’s own immune responses that can clear HBV infection. These principles can now focus the field on aspects of research that more than 50 experts from 21 countries have agreed are key to achieving a cure for the virus.

One important innovation has been the inclusion of stakeholder groups that represent people living with HBV.

“We don’t just send them e-mails, we actually have roundtable meetings and get feedback and direction from what the community wants and needs from a research perspective, rather than us telling them what they need,” Revill says.

Their input inspired the first study to model the cost of an HBV cure, and more broadly has given the scientists a greater understanding of the stigma of living with HBV, he adds.

Including representatives in all working groups from low- and middle-income countries in Africa, Asia and Latin America, where the burden of hepatitis B is highest, has also been important.

It shaped an emphasis on developing drug regimes that will be effective against all strains of HBV that are prevalent in different regions of the world, as well as making those treatments accessible to diverse populations and income levels. But this progress requires painstaking work. To develop the road map with this diverse group of experts, “we brainstormed for a couple of years”, Revill says.

New methods of drug discovery will be necessary to find more effective approaches to the most difficult-to-treat infections, such as tuberculosis, says Carl Nathan. The lung disease, caused by the bacterium Mycobacterium tuberculosis, was responsible for roughly 1.4 million deaths worldwide in 2019, and is the fifth-most researched disease by article count in the Nature Index.

First-line treatment regimens for tuberculosis last six to nine months, which is a lengthy course that some patients find difficult to stick to. This can reduce cure rates and contribute to drug resistance. About 2% of cases of active tuberculosis are resistant to multiple drugs. Treatment in these cases can last more than two years and cause serious side effects.

The Tuberculosis Drug Accelerator (TBDA), launched in 2012 with support from the Bill & Melinda Gates Foundation, aims to change that. The multidisciplinary consortium of pharmaceutical-company and academic scientists has a mission to develop a universal treatment regimen for tuberculosis that is also shorter and less toxic than current approaches. It’s a logistically complicated endeavour. “Basically everything has to be managed,” says Nathan, a TBDA member.

Academics are keen to protect their scientific scoops and pharmaceutical companies their intellectual property and commercial rights. When and to whom information about the structure of compounds under investigation should be disclosed, as well as how to prioritize development of drug candidates that may be useful for treating other diseases besides tuberculosis, are sensitive topics.

All members must adhere to an agreed set of conditions, including a requirement for global access to eventual drug regimens.

Six pharmaceutical companies were involved in TBDA at its inception; four companies have since joined and four dropped out. The current corporate partners are GlaxoSmithKline, Eisai, AbbVie, Merck&Co, Janssen-Cilag and Evotec. TBDA has achieved several big wins.

One of its first actions was an unprecedented effort to screen more than 10 million compounds from various pharmaceutical company partners for activity against the bacterium. This work contributed to development of a new three-drug regimen for drug-resistant TB that has been approved in the United States and the European Union. Improved versions of these drugs are in, or will soon enter, clinical trials.

TBDA scientists have also developed new platforms for assaying drug activity and metabolism for different kinds of tuberculosis lesions under conditions actually seen in the human body and inside the bacterium, not just in a test tube. These advances will make gauging the clinical potential of new compounds easier and more reliable.

Now, a working group is seeking ways to predict earlier in the drug-development process which compounds are likely to work together. This is an especially important and challenging endeavour because different components of new multi-drug regimens are likely to be developed by different companies.

Scientifically, “I think it’s going to be a very tall lift”, Nathan says. But it would “represent a fundamental new step in how drug regimens can be developed”. 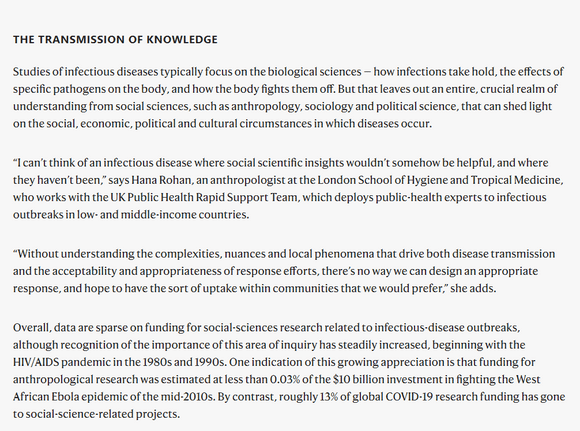