UK-Indonesia partnership grows out of a conversation

An encounter between two visiting social scientists at the University of Oxford was the catalyst for a unique partnership. 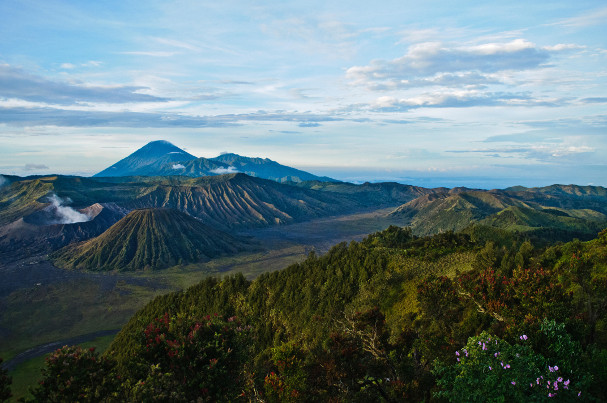 East Java in Indonesia has seen an outflux of hundreds of thousands of women seeking work abroad.

Soon after their initial meeting, the pair obtained funding in 2014 to study the social impacts of female international migration in Indonesia. “This is an important issue for Indonesia. In East Java alone, around 800,000 women have left their families to work overseas as domestic workers. They make a significant contribution to the national income but the Indonesian government pays little attention to them,” says Aminuddin.

The seed funding came from the Newton Fund, a British development group that supports research that can have a significant socio-economic impact, and links institutions in Indonesia and the UK. “This collaboration network is crucial for Indonesian scientists. We can learn things, such as proposal writing, how UK scientists do field trips for data collection, data analysis, and scientific writing in high-impact journals,” says Aminuddin.

Without such schemes, Indonesian scientists had to rely on research grants managed by the Ministry of Research, Technology and Higher Education. Aminuddin says these were highly bureaucratic, and decisions were often not transparent, which hampered scientists’ ability to produce high-quality research, he says. In 2015, an overhaul of research funding led to the creation of the Indonesian Science Fund, which aims to boost the quality of local science.

Aminuddin and Pallikadavath’s research assessed the impact of female migration on their parents, partners and children. They found moving abroad for work created significant challenges for child-rearing and the care of elderly parents. The results, which have been accepted for publication, found that upon returning, it was harder for women to re-integrate with their family and community.

“The female migration project empirically showed another side of the reality of the Indonesian female migrant workers phenomenon. Its findings will be highly useful in providing evidence for policymaking and other forms of social intervention on the issue,” says a spokesperson from the Newton Fund Indonesia team. There are plans for Aminuddin to meet personnel from the relevant ministries.

To build on their work, Aminuddin and Pallikadavath founded The Portsmouth-Brawijaya Centre for Global Health, Population, and Policy (PB Center) in 2015. A research and training institution, it offers a Masters in Global Health Research Methods. Other universities from India and Australia have since joined the centre.

Its success has helped Pallikadavath and Aminuddin expand their research focus, and garner more funding. A £970,000 grant from the UK Medical Research Council is being used for research on maternal and child health, sexual and reproductive health, gender and domestic violence and anti-microbial resistance.

The Newton Fund Indonesia team said the fast-growing PB Center is an example of how seed funding for collaborations can lead to bigger projects. “That the team is able to get other competitive grants shows that the partnership is working out well,” the Newton Fund told the Nature Index.

Sangkot Marzuki, the president of the Indonesian Academy of Science (AIPI), applauded Aminuddin and Pallikadavath for establishing the centre, a difficult endeavor in Indonesia because of the cost and resources required. “It’s certainly good for international capacity building of our scientists,” he says. “It is about collaborating to create rigorous research. The results, which are expected to be published in high-quality journals, could ensure the government hears the voices of Indonesian scientists involved in the study,” Marzuki says.