Turbulent times for scientists with the 'wrong' papers

As Donald Trump's bid to reinstate his travel ban failed last week, three Iranian scientists speak of their fears amid the uncertainty. 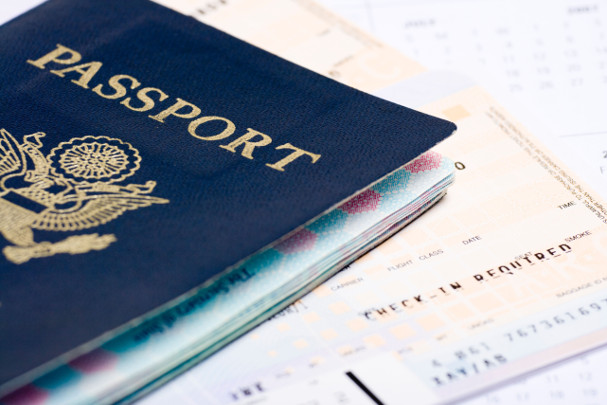 Golsa Ghiaasi moved to the United States from Iran 17 years ago to be a scientist in an environment of gender equality.

“I had never considered the possibility of being subject to discrimination due to my citizenship or birthplace,” said the electrical engineering researcher.

Ghiaasi is one of many immigrants who would be affected by Donald Trump’s proposed ‘travel ban’ – which, if reinstated, would bar citizens of Iran and five other nations from entering the US for three months, and citizens of Syria indefinitely.

The research community has been quick to denounce the ban, saying it would affect many scientists and jeopardize research projects. Several Iranian women told the Index their future as scientists was now uncertain given the limited opportunities for women in science in their birth country.

In Iran, women are well represented in undergraduate education, but only 28% of researchers are female. And only 13% of Iranian papers published between 2005 and 2010 involved a female author.

“Women in these countries have already been discriminated [against] because of their gender,” Ghiaasi said. “They choose the hard path of immigration to get a fair chance.” It’s “tragically ironic” that they are now treated as potential terrorists based on their country of birth, she said.

According to the Institute of International Education, a large American not-for-profit that administers international scholarships and education programs, Trump’s executive order would affect 17,354 international students and 2,307 visiting scholars from the seven nations listed (based on figures from the 2015-16 financial year). The greatest proportion are Iranian.

Like many, Ghiaasi moved to the US to escape checks and interviews for conformity to Islamic codes that she feared would hold back her career as a scientist “because advancement after a point for women is counted as non-conforming”.

The Trump administration has foreshadowed alternative restrictions if the ban fails. These have been compared to George W. Bush’s notorious National Security Entry-Exit Registration System, or NSEERS program, which targeted “non-immigrant aliens” from 25 predominantly Muslim majority nations, many of whom were fingerprinted and regularly interviewed by the FBI.

Ghiaasi lived under these restrictions as a young PhD student at Ohio State University. Allowed only a single entry visa, and, fearing she would not be allowed to return to the US to defend her PhD if she left, Ghiaasi was unable to visit her family for eight years. She even missed her father’s funeral.

“We had FBI agents visiting our homes with no notification to conduct interviews... about our family relations.” Visa uncertainty made obtaining jobs and grants difficult.

Eventually, Ghiaasi left the US. She now lives in Norway. She may not be able to attend conferences in the US in the future. “Many chances of collaboration, sabbaticals and cooperation with US industries and academic groups will be on hold,” she said.

'This is my home'

A sense that the US was a centre of science and technology led Minoo^, a highly-cited Iranian life scientist, there. After 16 years, the self-described feminist and atheist finds it hard to imagine returning to Iran.

"This is my home and I have suddenly become an unwanted visitor. I am a scientist, and I am now being called a terrorist based on my birthplace," she said. She can no longer see a future in the US. “We are living on melting ice,” she says. Fear and uncertainty have made it impossible for her to focus on her work.

Institute of International Education chairman Allan Goodman stressed the importance of international collaborations to US research and innovation, economic prosperity, and global issues like food security and public health. He said the group would work with students affected, and with the Trump administration, to “keep our doors open and the United States secure.”

Watching events unfold from Canada, is Gita Ghiasi, Golsa’s sister, also a scientist, who is preparing to publish a study on gender bias in citations. She was to visit a US collaborator in Bloomington, Indiana, before the ban was announced.

With the future of the ban unclear, those in the US for academic opportunities are now in limbo, with promotions and funding uncertain, she said. “You don’t hire somebody when you’re not certain she can stay.”

^name has been changed