The top 10 government institutions in 2018

These government institutions were the largest contributors to papers published in the 82 leading journals tracked by the Nature Index in 2018. 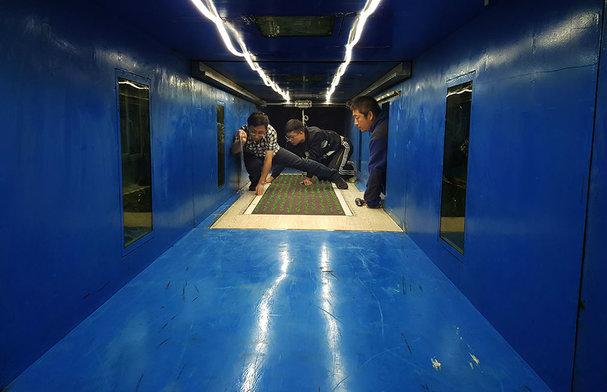 This ranking has been largely stable in recent years, with the top five unchanged for four years running.

This year, the Oak Ridge National Laboratory dropped out of the top 10, making room for the National Research Council of Italy.

With an astonishing FC of 1,698.14, the Chinese Academy of Sciences (CAS) is the world’s highest ranked research institute by measure of high-quality research output, as tracked by the Nature Index.

In 2018, its research institutes housed some 60,000 researchers - nearly twice the size of the French National Centre for Scientific Research (CNRS), which employed 33,000 researchers last year and is in second place overall.

According to its annual fiscal report, CAS spent 32.23 billion yuan (US$4.6 billion) in science and technology in 2018. It hosts a number of large research facilities, many being the world's biggest of their type, such as the 500-metre Aperture Spherical Telescope (FAST), in the Guizhou Province.

Coordinating more than 15,000 researchers, 18,000 engineers and technicians, and some 1,700 PhD students of 80 nationalities in its 1,144 labs, the CNRS has a focus on basic research, and aims to push the boundaries of understanding of natural and social phenomena.

CNRS researchers and their collaborators have access to several high-performance facilities across the country, including telescopes, high-energy particle accelerators, lasers and intense magnetic fields, and supercomputers.

This year, the organization acquired the most powerful supercomputer in France for use in AI research, capable of 14 million billion operations per second.

With a budget of US$37 billion (2018), the US National Institutes of Health (NIH) is the largest single public funder of biomedical research in the world.

Established in 1887, it comprises 27 separate institutes and centres of various biomedical disciplines, and is led by physician-geneticist, Francis Collins, who is the former head of the NIH Human Genome Project (HGP) - the world's largest collaborative biological project.

Significant NIH-supported research includes the discovery of fluoride to prevent tooth decay, the use of lithium to manage bipolar disorder, and the creation of vaccines against hepatitis, Haemophilus influenzae (HIB) and human papillomavirus (HPV).

NIH scientists were the first to successfully treat cancer patients with human gene therapy, and developed a naloxone nasal spray for the treatment for opioid or heroin overdoses, which could previously only be injected.

In May 2019, the NIH launched All of Us, a health study that aims to enrol one million participants, including children, within six years to advance precision medicine.

The largest public research institution in Spain and the third largest in Europe, the Spanish National Research Council (Consejo Superior de Investigaciones Científicas, CSIC) employs 6% of all researchers in the country, and generates roughly 20% of its scientific output.

With access to large facilities, such as a research base and vessel in Antarctica and an observatory on the Calar Alto mountain in Spain, its 3,644 scientists are conducting wide-reaching studies of the brain, sustainability, and the mysteries of the cosmos, publishing an estimated 13,000 studies each year.

“The main competitive factor of the CSIC is that we assemble excellent, interdisciplinary teams that can assess and solve global challenges, such as how to address basic neurodegenerative problems, understanding what dark matter and dark energy are, and discovering the best technologies for storing energy,” says vice-president of research and technology, Jesús Marco.

In early 2019, CSIC researchers were part of the international team that produced the first ever direct image of a black hole.

The Lawrence Berkeley Laboratory, founded in 1931, is the oldest member of the US national laboratory system, and is where some of the world's most advanced particle accelerators were developed.

It is the birthplace of nuclear medicine, which includes such techniques as Positron Emission Tomography (PET) and Single Photon Emission Computed Tomography (SPECT), for the detection of cancer and cardiovascular disease. Early radiation safety criteria were also established there.

“The beginnings of team science were here,” says director Michael Witherell. “It was the first time that these big, interdisciplinary teams were put together to tackle a grand challenge.”

Today, the tradition continues, as the lab’s 1,469 scientists and engineers share its facilities with more than 12,000 researchers from around the world to solve the world’s food and energy problems, supported by the US Department of Energy, which provides the majority of its $1.1 billion budget (2018).

Quantum systems, machine learning, dark matter and other enduring mysteries of the Universe are other key focus areas.

Founded in 1917 by industrialist, Shibusawa Eiichi, RIKEN is one of Japan’s largest research organizations, with around 3,000 scientists working across seven campuses throughout the country.

RIKEN’s total annual budget is US$900 million, with the government contributing more than half of the institution’s funds. The organization attracts many foreign scientists, particularly from China and South Korea.

In 2018, RIKEN researchers were part of an international team that detected oxygen in a galaxy 13.28 billion light years away. The findings, published in Nature, presented the most distant measurements of oxygen detected in the Universe, revealing key insights about the formation of stars shortly after the Big Bang.

RIKEN has also teamed up with Fujitsu Limited to develop a high-performance supercomputer that will be used to develop drugs, predict natural disasters and model climate change, among other applications. The supercomputer will begin operating in 2021.

Few organizations can rival the US National Aeronautics and Space Administration (NASA) for space science and aeronautics research.

Established some 60 years ago, NASA is one of the leading government institutions in the Nature Index, and also ranked fifth in the Earth and environmental sciences which accounts for more than 70% of NASA’s overall research output in journals tracked by the Nature Index.

Exploring the Solar System is NASA’s mission, so it is deeply engaged in researching not just space, but Earth’s atmosphere, oceans and land-based systems.

More than 17,000 employees work across NASA’s 18 facilities. Its 2019 budget is US$21.5 billion - the highest funding granted to the federal institution in a decade.

In May 2019, NASA launched the Orbiting Carbon Observatory 3, an instrument that will measure carbon dioxide levels in Earth’s atmosphere from the International Space Station.

Next year, NASA will launch the Mars 2020 rover as part of its Mars Exploration Program. The new car-sized rover will identify habitable areas, pinpoint any signs of microbial life, detect oxygen in the atmosphere and collect rock samples for investigation.

A legacy of the University of Chicago’s work on the Manhattan Project in the 1940s, the US Department of Energy's Argonne National Laboratory is largest national laboratory by size and scope in the American Midwest. It employs 1,580 scientists, engineers and post-docs, and hosts thousands more at its facilities each year.

Specializing in areas such as high-energy physics, materials science, biology and advanced computer science, Argonne is focussed on finding new energy solutions and materials, and gaining a greater understanding of the planet’s climate and the cosmos.

Its facilities include a synchrotron with X-ray imaging technology that enables the study of objects as small as 100 atoms, and supercomputers capable of performing up to 8.5 quadrillion operations per second.

Key studies over the past year include a Nature Communications paper describing how machine learning vastly improves water modelling, and a Science paper reporting the discovery of a new catalyst that maximizes the effectiveness of platinum in fuel cells.

Founded in 1951 by groups from the universities of Rome, Padua, Turin and Milan, the INFN’s early mission was to continue in the research tradition of Nobel Prize-winning Italian physicist, Enrico Fermi, creator of the world's first nuclear reactor. Its researchers went on to design and build the first Italian accelerator, an electron synchrotron, and more recently have helped to inform the construction and use of the CERN accelerators in Geneva.

In 2018, INFN researchers made the first observation of neutrinos and photons emitted from the same cosmic source, which could explain one of the biggest unresolved mysteries in astrophysics, the origin of ultra-high energy cosmic rays.

With more than 100 research institutes staffed by some 8,400 researchers, technologists, technicians and administration personnel, the National Research Council of Italy (Consiglio Nazionale delle Ricerche, or CNR) is the country’s largest public research institution.

Established in 1923, it carries out research in all scientific and technological sectors, with access to an annual budget of €900 million (approximately US$1 billion), most of which comes from the government.

In early 2019, the CNR announced a partnership with the Norwegian Institute of Bioeconomy Research to advance knowledge related to sustainability and future food production.