The United States reigns as the colossus, but China is taking up ever more space, squeezing out European stalwarts. 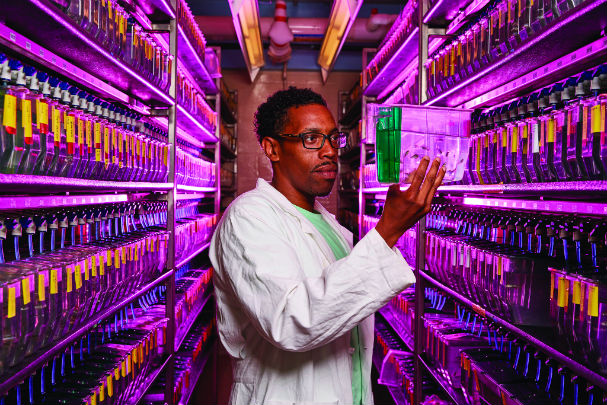 The National Institutes of Health, with its zebrafish genome library pictured here, is one of the most prolific research institutions in the US.

The United States is ranked at number one, followed by China at number two, and Germany at number three.

Princeton University posted the biggest rise of all US institutions in FC from 2015 to 2018, followed by Northwestern University.

Germany is Europe's strongest science country in the Nature Index, with two institutions in the global top 10: the Max Planck Society, ranked third, and the Helmholtz Association of German Research Centres, ranked seventh.

Only China and Australia among the top 10 countries increased their adjusted FC in 2018.

Chemistry is China's strongest discipline by far, with high-quality research output nearly double that of the physical sciences.

Japan's decrease in adjusted FC was exceeded only by France's among the top 10 countries.

Correction 12 August 2019: The original version of this article used incorrect fractional counts, percentage changes and article counts to derive the rankings, which meant that some institutions were ranked incorrectly. The data, rankings and graphics have now been corrected.