These academic institutions in the US made the biggest contributions to the discipline in the Nature Index. 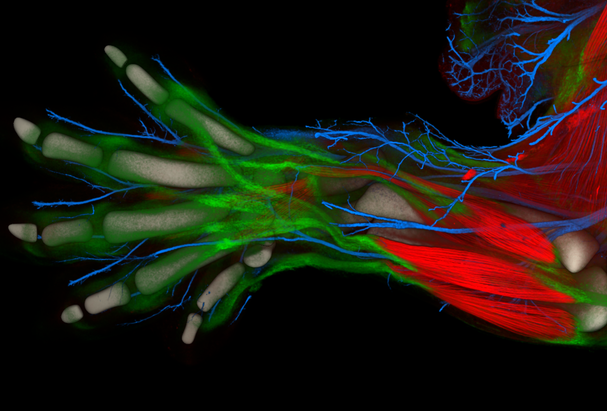 When it comes to research in the life sciences, universities in the United States are a force to be reckoned with.

Harvard, Stanford and MIT took out the top spots among the leading life sciences academic institutions in the country, with Harvard also placing first globally in the discipline across all institutional sectors.

While these historical universities have spent more than a century building their life science legacies, the relatively young University of California, San Diego proves that age isn’t the only factor in achieving prolific research outputs.

Below is a breakdown of the leading US-based universities in the life sciences, according to their share of output in Nature Index journals.

Harvard University owes two-thirds of its research output to contributions made in the life sciences, thanks in no small part to the Harvard Medical School, which employs almost 10,000 full-time faculty members and counts 15 Nobel prize winners among its staff and alumni.

High-profile researchers include stem-cell biologist, Steven Gygi, one of the leading authors in the biomedical sciences and jointly credited for the BioPlex network — the largest open-access resource for studying protein interactions — and Albert Hofman, a world leader in the epidemiology of common neurological and vascular diseases such as dementia, stroke and Alzheimer’s.

Stanford University is home to pioneering work in DNA synthesis, stem-cell isolation, and the first successful human heart and lung transplant. Key life-sciences initiatives at Stanford include Bio-X, where doctors, scientists and engineers work collaboratively to unravel the complexity of the human body.

In the Nature Index Biomedical Sciences 2019 supplement, Stanford bioengineer and neuroscientist, Karl Deisseroth was named one the field’s most prolific authors in high-quality journals. He is credited with the development of optogenetics, a method that uses light to genetically alter brain-cell activity.

Its new Stephen A. Schwarzman College of Computing and the Koch Institute for Integrative Cancer Research are bringing together life scientists, engineers and AI experts with the shared goal of finding more effective approaches to cancer diagnosis and treatment.

The University of California, San Francisco, (UCSF) has made its mark in the advancement of new cellular therapies and gene-editing techniques. Since 2018, UCSF researchers have devised a safer and cheaper way to genetically engineer immune cells (Nature); modified CRISPR to treat genetic diseases without making permanent changes to the genome (Science); and waded into a decades-long debate with the finding that adult human brains do not produce new neurons (Nature).

Key programmes under way are the ImmunoX Initiative, which is exploring entirely new areas of immunology, and the Center for Digital Health Innovation, which is partnered with high-profile enterprises such as the US$600-million Chan Zuckerberg Biohub.

Yale University’s research in the life sciences is set to make big leaps, with the launch of its Center for Biomedical Data Science early in 2018. In addition to organizing and storing vast amounts of data, the centre brings together biomedical researchers and data scientists to help improve health-care systems, treatments methods and diagnosis.

In 2018, Yale researchers reported the results of the most comprehensive genomic analysis of the human brain ever undertaken, revealing the changes it undergoes through development, how it varies among individuals, and the roots of neuropsychiatric conditions such as autism spectrum disorders and schizophrenia.

The University of Pennsylvania (UPenn) is home to the Perelman School of Medicine, the oldest medical school in the United States. Its Center for Global Health at UPenn aims to tackle inequities in healthcare in 65 countries, including Sudan, Argentina and Vietnam. The centre’s Botswana–UPenn Partnership, which has been operating for two decades, is working to improve healthcare in the region and is conducting research on HIV/AIDS.

Last year, UPenn was involved in the development of a blood test that identified pregnant women at risk of delivering prematurely. The paper, published in Science, was among the institution’s most-talked about articles in 2018.

Established 265 years ago by royal charter of King George II of England, Columbia University is the oldest institution of higher learning in New York City and the fifth oldest in the US.

The Ivy League university houses the Irving Medical Center, ranked as the top healthcare institution in the 2019 Nature Index Annual Tables. It counts among its achievements the first successful heart transplant in a child, the first use of the anti-seizure medication, dilantin, to treat epilepsy, and the isolation of the first known odour receptors in the nose.

Last year, researchers from Columbia co-authored a Science paper suggesting that 60% of people with European descent living in the US can be identified using available genetic information, even if they have not undergone genetic testing. The findings highlight the need for strategies that safeguard genetic privacy.

Since opening its doors 60 years ago, the University of California, San Diego has become a prominent force in the life sciences, contributing 560 articles to the 82 high-quality journals tracked by the Nature Index in 2018.

Last year, UC San Diego attracted US$1.2 billion in research funding, making it the seventh highest sponsored research university in the US.

In 2018, UC San Diego researchers co-authored a study that revealed a new type of human brain cell that has not been found in mice or other laboratory animals. Published in Nature Neuroscience, the paper attracted wide online attention, picking up 106 news mentions and 824 tweets.

Boasting 17 Nobel laureates in physiology or medicine, Washington University in St. Louis’ has built a lasting legacy in life sciences research over 166 years.

In a paper published in Proceedings of the National Academy of Sciences early last year, researchers from the university’s School of Medicine revealed that women’s brains are metabolically younger than men’s. The findings offer a clue to why women’s brains are more resistant to cognitive to decline in their later years.

Among the high-impact discoveries Cornell University researchers contributed to in 2018 was the rapid decline of 501 amphibian species (Science), the sequencing of the entire bread wheat genome (Science), and the link between high-fructose corn syrup and the growth of colon cancer tumours in mice (Science).

The top 5 healthcare institutions for scientific research in 2018