It's been described as the 'tip of the iceberg' when it comes to unethical practices in Russian academia. 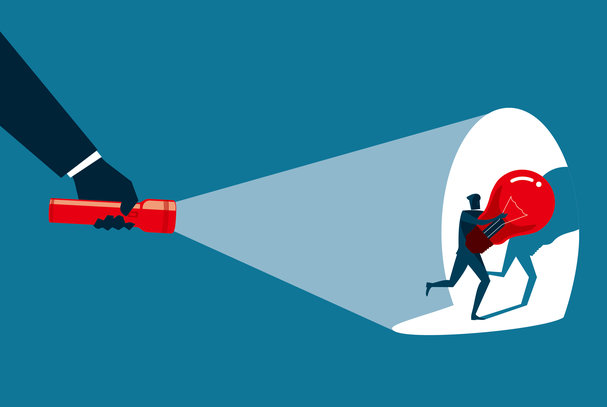 Seventeen of the senior-most officials at Russian universities, known as rectors, have published plagiarized papers in international predatory journals, according to a new report. Thirteen other senior officials, who work as either deans, vice-rectors or directors of universities are also guilty of the practice, the report says.

Described as “damning” by researchers familiar with Russian science, the report brings to light 259 papers that it claims contained text pulled from various works published in the Russian language. The papers under scrutiny appear to have been translated into English from existing texts from already published Russian-language academic studies and online articles, and passed off as new work. Some of the original Russian works were themselves recycled from other sources, such as dissertations.

The report focuses on 94 journals, investigating plagiarism and fake collaborations, where several researchers based at different institutions who have never co-authored papers with one another in the past suddenly produce studies together. The report says 37 journals had examples of manuscripts listing fake collaborations and 61 contained instances of plagiarism.

Since 2010, there have been nearly 23,700 papers by scholars in Russia published in the 94 journals in question, the report found.

Published on 12 August, the report was produced by the Commission for Counteracting the Falsification of Scientific Research, a group appointed by the Russian Academy of Sciences to investigate Russian research practices.

The inquiry follows another investigation by the same group in January, which recommended that more than 2,500 papers in Russian-language journals be retracted due to plagiarism, self-plagiarism, or gift authorship – a practice where co-authorship is given to a person who has not contributed in any significant way to the study

Cleaning up the literature

The 17 rectors identified in the report are just the ‘tip of the iceberg’ when it comes to unethical research practices in Russian academia, says Anna Abalkina, a sociologist at Ludwig Maximilian University of Munich in Germany and co-author of the report.

A similar investigation in 2019 by a website called Dissernet, a website that aims to clean up Russian literature, found that 64 rectors of 676 Russian universities studies had plagiarized their dissertations.

Abalkina says that Russian government legislation introduced in 2011 stipulates that doctorate degrees obtained with plagiarized dissertations can be revoked. But this doesn’t apply to degrees that were defended before 2011.

She adds that, over the past decade, there’s been a significant increase in publications from Russia-based authors in English-language journals. Predatory journals, which solicit manuscripts and charge publication fees without conducting proper peer review or editorial services, appear to have facilitated this.

All of the journals identified in the report were flagged by the commission as predatory. At the time of the investigation, each of these journals was indexed by at least one of the international citations databases, Web of Science or Scopus.

“A significant number of these journals have been removed from coverage already through our own surveillance of content,” Nandita Quaderi, editor-in-chief of Web of Science, told Nature Index.

A spokesperson for Dutch publisher Elsevier, which owns Scopus, says that it constantly evaluates the journals in the index and discontinues coverage where necessary.

Loren Graham, a historian who specializes in Russian science, with emeritus professorships at the Massachusetts Institute of Technology (MIT) and Harvard University, says the report’s findings are “very damning”.

He says that while people should not draw the conclusion that all Russian science is tainted, the problem of malpractice “has now become so large that it is a threat to Russian science”.

In May, Abalkina wrote to Valery Falkov, who was appointed as the Russian Minister of Science and Higher Education in January, to inform him of issues of plagiarism in Russian research culture.

She is awaiting a response, but says previous attempts to contact politicians to address such issues have been met with silence.

Abalkina says the key to thwarting plagiarism in Russian research publishing is having better access to tools that can detect translated plagiarism from Russian into English.

Many of the tools that exist at Russian universities and institutions don’t have access to Russian State Library databases, which limits their usefulness, she says