The value of nostalgia in a land of upheaval

Psychology is an increasingly relevant discipline as the destabilizing effects of rapid social change take hold in China. 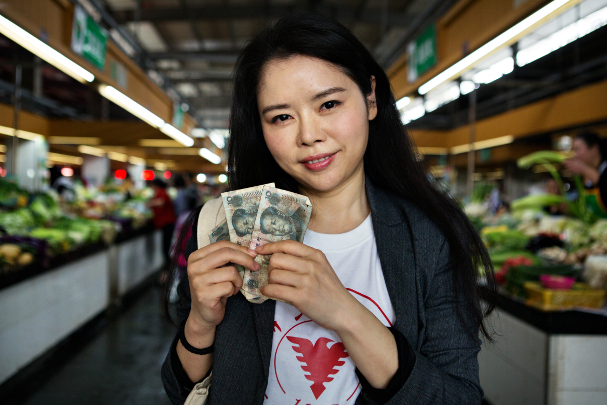 At a bustling farmers’ market in south China, a woman buys half a kilo of leafy vegetables. She hands over a grubby ¥10 note. Then she pauses, takes back the cash from the vendor, doubles her order, and pays with a larger bill.

It’s no regular transaction. The ¥10 note is grubby by design — a psychological prop soaked in mud by a professor of psychology named Zhou Xinyue at nearby Sun Yat-sen University. The vegetable seller and 15 others are subjects in a study to test Zhou’s hypothesis that touching clean and dirty banknotes can alter people’s financial behaviour.

The customer, Zhou’s student, is unaware of the hypothesis. She will repeat the test with each vendor, priming on one occasion with a fresh banknote and on the other with a dirty note, leaving at least three days between each transaction. Each time, the student will ultimately pay with a regular bill, before weighing her purchased goods to see if she’s been short-changed. The study will find a “small but reliable” shift in vendor behaviour that links handling dirty notes with overcharging customers.

After six more experiments in her lab, Zhou and her collaborators in China, the United States and Portugal, conclude that touching clean money elicits thoughts and actions associated with fairness — and that touching dirty money elicits selfish, greedy behaviours.

Over coffee in Beijing, Zhou says although she has spent a great deal of research time focused on money, it is people that interest her. “Money is a psychological resource for us to buffer threats.”

This theme of managing threats is common to Zhou’s other research interests: nostalgia and social support. In the 12 years since Zhou completed her PhD she has played a central role in the growing body of research that examines them.

Threat management is a fertile area of study in the world’s fastest-growing economy. “In China, everything is changing constantly and people don’t feel secure,” says Zhou, who took up a research post at Zhejiang University in 2015. “Change brings its own threats.”

American social psychologist and expert on willpower, Roy Baumeister, has collaborated with Zhou since 2008. He singled out her study on dirty money as demonstrating her creativity and experimental rigour. He helped to fine-tune the paper before it was published in the Journal of Personality and Social Psychology in 2012, one of 39 papers and book chapters Zhou has published in the past dozen years.

To Baumeister, Zhou is emblematic of a growing number of Chinese psychology researchers who are engaging international collaborators to investigate topics with particular national relevance. Ripe for investigation are the social issues that come with an ageing population, a generation of children without siblings, the result of the one-child policy, and the mass migration of people from villages to cities.

Born in the riverside town of Fuling, Sichuan, in 1977, Zhou grew up surrounded by literature. The only daughter of Mandarin-language schoolteachers, she was entranced by Cao Xueqin’s 18th-century classic Dream of the Red Chamber, a love story that pitches a powerful family’s decline as an allegory for erosion of China’s last imperial dynasty.

Mao Zedong died five months before Zhou was born. The worst excesses of China’s Cultural Revolution died with him. But the psychological scars her parents bore from the period, and from an earlier famine that claimed some 30 million lives, spurred her interest in psychology. “My parents had all these stories about how they were mistreated during their youth. How people were fighting, opening fire in the streets. And how, during the famine, a lot of people died of starvation.”

But it was a period they looked back to fondly, Zhou says. “I thought that was so interesting. Even when the past is so hard, memories can still be cherished.”

Years later, she would play a central role in efforts to understand the restorative quality of nostalgia, and how it protects and fosters mental health.

In a 2008 paper for Psychological Science, Zhou hypothesized that longing sentimentally for the past was a natural mechanism to cope with loneliness. She proposed a homeostatic relationship between social support, loneliness and nostalgia.

Her team tested this with four studies, one on more than 750 children who had migrated from rural areas to the manufacturing hub of Guangzhou, another on nearly 200 migrant workers at a luggage factory in nearby Dong-guan, and two on smaller groups of undergraduate students in Shanghai.

Participants were presented with multiple choice questions such as ‘How often do you feel completely alone?’ and researchers ranked their loneliness on the 10-item UCLA Loneliness Scale. Zhou’s group measured the participants’ predisposition to feelings of nostalgia using the seven-point Southampton Nostalgia Scale, and graphed their levels of social support on the Multidimensional Scale of Perceived Social Support (MSPSS). They asked participants if they could ‘count on their friends when things went wrong’.

The paper was a collaboration with a colleague at Sun Yat-sen University in Guang-zhou, and two leading nostalgia researchers from the University of Southampton, who had previously shown that this sentimental affection for the past could buffer one’s fear of death. Co-author, Constantine Sedikides, described Zhou as “remarkably talented”.

Zhou’s work is part of the growing body of psychology research being published in China. Between 2005 and 2015, the number of articles in this discipline indexed in the Web of Science has increased from 98 to 1,271. Han Buxin, deputy general of the Chinese Psychological Society, says that is partly due to sustained investment from China’s Natural Science Foundation and the Science and Technology Ministry. But he says the discipline has gained legitimacy and relevance as China has become more socially stratified. “Each class is facing more stress from either life, or the working environment,” he says, adding that people are increasingly willing to rely on professional psychologists to help cope with tragedy, whether a personal crisis or a natural disaster.

Although Zhou collaborates with international researchers, her nostalgia studies receive the most interest in China. She attributes this to the Chinese milieu — the rapid, often unexpected change, and the alienation of internal migration, both experiences Zhou can relate to. In 2003, turbid water engulfed her family home in Fuling, washing away the concrete remains of her childhood. “My old home is under the Yangtze river.” It was a planned flood, a stage in the construction of the world’s largest hydroelectric dam downriver in Hubei province. About 1.13 million Yangtze-river locals were uprooted by the project. “My old house, my old school — there’s no physical evidence to prove they existed. That upsets me.”

Zhou is now examining how migration in early life affects people as adults, using data from the Chinese General Social Survey, a national longitudinal study. Preliminary findings, as yet unpublished, link early-life migration with geographical ‘restlessness’ as well as impaired self-control in later life. Forced and voluntary relocation may also have the same impact. “My research helps me to understand myself a little better.”