Small countries have an outsized presence among the scientific elite. 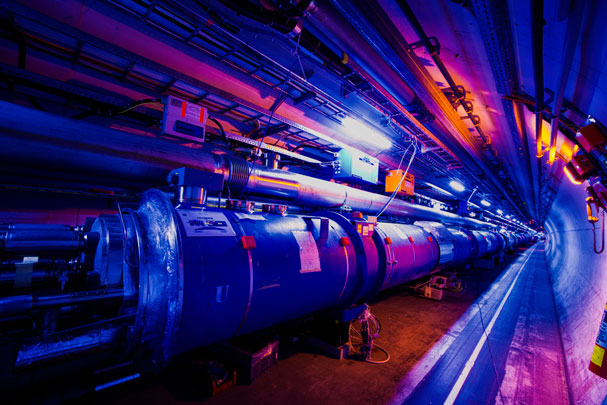 Switzerland appears to have three key factors for success in getting a surprisingly high proportion of its researchers’ articles cited in the scientific literature: it’s a small country, it’s research investment is large compared to other countries, and importantly, its hosting of the Large Hadron Collider is a drawcard for collaborative research.

Switzerland contributed nearly three times more papers to the 1% of highly cited papers indexed by the Scopus database in 2013 than would be expected given its total output, an analysis by the United States National Center for Science and Engineering Statistics (NCSES) finds.

The study also found that Iranian authors were the fastest-growing presence in the overall scientific and engineering literature, publishing a total of 36,539 articles in 2014, compared to 4,952 in 2004.

The NCSES InfoBrief, released in October 2017, assessed countries based on their highly cited publications (HCP) score. The measure looks at each country’s proportion of papers in the 1% of highly cited articles relative to their total share of articles. Countries that punch above their weight in high-impact articles receive a score higher than one. Switzerland’s score in 2013 was 2.9.

Mutz Rüdiger, a social psychologist and higher-education researcher at the Swiss Federal Institute of Technology Zurich, who has previously reported on global scientific output, says Switzerland’s success could partly be due to its commitment to science. Switzerland invests around 3.4% of its gross domestic product on research and development — the third highest-spender in the world, after Israel and South Korea.

The presence of the Large Hadron Collider (LHC) — the world’s largest and most powerful particle collider — in Geneva “certainly gives the country’s institutions a competitive edge at establishing international collaborations,” says Justin Flatt, formerly a structural biologist at the University of Zurich, who is now at the University of Helsinki in Finland.

The analysis used a technique called ‘full counting’, where each co-author of a paper is assigned a count of one, “which favours smaller countries,” says Ludo Waltman, deputy director of the Centre for Science and Technology Studies at Leiden University in the Netherlands, who edits the Journal of Informetrics. “This explains why Switzerland and the Netherlands perform so well, significantly better than the US.”

An alternative approach is known as ‘fractional counting’, in which credit is equally divided among co-authors. The Nature Index uses this technique to calculate weighted fractional count.

Overall, science and engineering output has increased by more than a million papers over the past decade, reaching almost 2.3 million articles in 2014, the latest year analysed, with the United States and China boasting the highest share of papers at 19% and 17%, respectively. On average, publication output grew at around 6% annually between 2004 and 2014. Iran saw the highest growth rate at 22%, with China and India following in second place at 14% each.

Behzad Ataie-Ashtiani, a civil engineer at [Sharif University of Technology](Sharif University of Technology) in Tehran, Iran, who has previously reported on Iran’s scientific practices, told the Nature Index the country’s higher education has been boosted in the last two decades. Between 2001 and 2011, he estimates that the number of higher-education students and PhD students has grown by two and five times, respectively.

But alongside this, Iran has also experienced a growth in research misconduct, Ataie-Ashtiani says. Last year, Science reported on a rise of shady companies in Iran that produce manuscripts in exchange for money.