The fastest rising institutions by country for scientific research

These are the ones to watch. 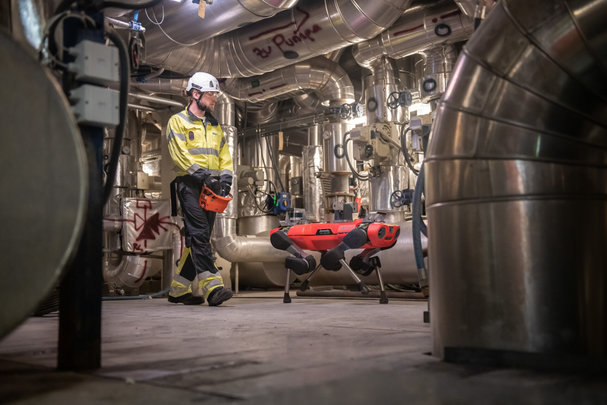 When considering the growth in research output in the 82 high-quality journals tracked by the Nature Index, the Swiss Federal Institute of Technology Zurich, Switzerland, and Princeton University in the US are also movers and shakers, as the fastest rising institutions nationally.

The institutions below gained the most in fractional count (FC) between 2015 and 2018 in eight of the strongest countries in the world for scientific research.

Since its founding in 1978, the University of Chinese Academy of Sciences (UCAS) has sprinted up the ranks in the Nature Index. China’s first graduate-only university is the fastest rising institution in the Nature Index, achieving the largest growth in FC in the past three years - and by a significant margin.

Last year, its researchers were part of a team that created mice from two male parents for the first time. Published in Cell Stem Cell, the study has so far been covered by 161 news outlets, 856 tweeters and 19 blogs.

With 21 Nobel Prize winners, two Fields medallists and a Turing Award recipient, the Swiss Federal Institute of Technology Zurich (ETH Zurich) has built a reputation for groundbreaking research over the past 160 years.

Among the most talked-about papers from the university are predictions of increased marine heatwaves under climate change; a technique for transmitting quantum information; and detailed images of proteins involved in opioid signalling.

In January 2018, researchers at ETH Zurich discovered how a particular group of nanocrystals are able to emit a bright light. The study, which was the most highly-cited Nature article from the institution last year, could have a range of applications in areas such as data transmission and supercomputers.

Located in New Jersey, Princeton University is the fourth-oldest college in the US. With 26 Nobel Laureates emerging from its programmes, the Ivy League institution is a powerhouse, with the physical sciences accounting for one-third of its overall output.

Princeton comprises nearly 1,300 faculty members, 76% of them tenured professors. With 14 interdisciplinary centres, teamwork is also the central tenet of the institution’s approach to research.

In 2018, Princeton researchers co-authored a Nature paper that attracted wide discussion online. The study revealed that, for each of the past 25 years, the world's oceans have absorbed an amount of heat energy that is 150 times the energy humans produce as electricity annually – an estimate 60% higher than that of the 2014 Fifth Assessment Report from the United Nations Intergovernmental Panel on Climate Change.

IBS is in the process of constructing a heavy-ion accelerator in northern Daejeon, to be completed by 2021. The new large-scale facility will aim to produce rare new isotopes.

In 2018, IBS researchers were part of a team that uncovered the neural circuit that helps reduce traumatic memories. The findings, published in Nature, reveal the mechanism behind certain forms of psychotherapy, such as alternating bilateral sensory stimulation.

The 140-year-old Western University in Ontario, Canada has 12 faculties with 1,396 full-time staff and a research budget of more than Ca$225 million (US$172 million) in 2017. It is also Canada’s fastest growing institution in the Nature Index.

Western University has secured private and public partnerships, particularly in areas of research with higher equipment and infrastructure costs. Overall, it has invested more than Ca$400 million (US$302 million) in infrastructure, including biomedical imaging and high-performance computing facilities at the Brain and Mind Institute.

In July 2018, Western University researchers contributed to a Nature Communications paper finding that men with increased testosterone developed a preference for luxury goods. The paper has so far been picked up by 72 news outlets and nearly 500 Twitter users.

The University of Münster has grown to become one of Germany’s largest universities since its founding in more than two centuries ago. It's also becoming a strong international player, with more than 550 partnership agreements with universities and academic institutions across the world, from the Netherlands to China.

The University of Münster is a force in chemistry research, which accounts for more than half of its overall output. Last year, its researchers co-authored a Nature Communications paper that presented a technique that uses liquid metals to turn carbon dioxide into solid coal.

The Okinawa Institute of Science and Technology Graduate University (OIST) is one of the most diverse institutions in Japan, with half of its faculty coming from other countries.

Unlike other Japanese institutions, almost all of OIST’s courses and research activities are carried out in English. The graduate university has no departments, instead, researchers from different areas share facilities, equipment and resources.

Last year, OIST researchers analyzed the genomes of 60 different varieties of citrus fruits and constructed a new citrus family tree. The findings, published in Nature, revealed that modern citruses can be traced back to an eight-million-year-old ancestor.

A mere 30 years old, the Queensland University of Technology (QUT) is one of the fastest growing institutions in the world, as tracked by the Nature Index.

QUT has one the largest science and engineering faculties in Australia, which is comprised of six schools and 23 disciplines. The university’s six-year-old Science and Engineering Centre is home to the Institute for Future Environments, which houses more than 300 scholars.

In late 2018, QUT researchers were part of an international team of more than 200 scientists that presented the first fully annotated reference genome of common wheat. The Science paper has been tweeted about more than 1,000 times and mentioned by 107 news outlets.