The cost of turmoil for Mediterranean scientists

From a failed coup in Turkey, to prolonged financial crises in Greece and Spain, researchers in the region are struggling to keep up. 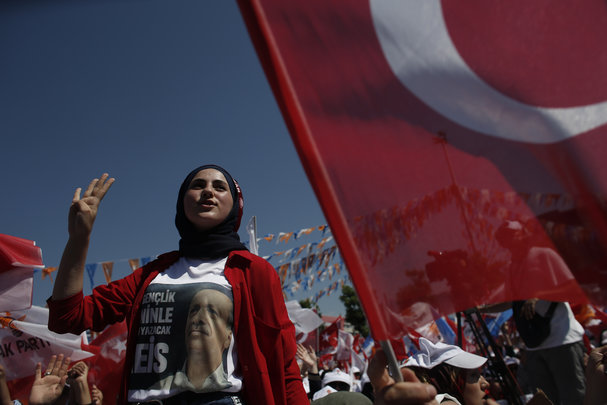 Ilker Birbil, a Turkish professor of data science and optimization at Erasmus University Rotterdam, the Netherlands, says if the upcoming presidential elections in Turkey lead to the re-election of the current government, “academic freedom will be a dream of the past.”

“Our representatives should realize that without science there is no future,” says Nazario Martín, president of the Confederation of Spanish Scientific Societies.

According to the Nature Index, which tracks papers published in 82 top-tier journals in the natural sciences, all three countries have witnessed significant declines in their fractional count, a measure of their share of authorship in the index.

The largest decline was seen in Turkey, where the FC fell by 21% over the past year. The fall comes as thousands of researchers in the country have been swept up in the political tumult that followed a failed coup attempt in July 2016, after which Turkish authorities raided the offices of the government research funding agency, the Scientific and Technological Research Council of Turkey (TÜBITAK) and arrested many members.

Since then, around 1,000 Turkish scholars and students have been jailed and an estimated 5,000 academics dismissed from their positions or forced to resign. Many research projects have been put on hold and their funds suspended, according to Birbil, who was working at Sabancı University in Istanbul at the time.

While few researchers are willing to speak openly for fear of reprisal, Birbil says TÜBITAK took more than a year to release funds for two projects he led on big data and electricity transmission networks.

Most research in Turkey is funded through government institutions such as TÜBITAK, says Birbil.

The government claims that the purge, which took in liberals, secularists and other opponents of the government, was necessary to root out followers and supporters of Fethullah Gülen, a US-based cleric who Turkey accuses of masterminding the failed coup.

International research collaborations have also been severely affected by travel bans that were placed on academics immediately following the coup, forcing many researchers to give up international projects. Most academics now need permission to travel abroad.

Many scientists, especially among the top echelons, have left the country, says Birbil, which has led to a decline in the quality of research.

Upcoming presidential elections on 24 June could have long-lasting effects on research, says Birbil. “If nothing changes with the coming elections, the current government will try further to restructure the universities.”

Spanish researchers blame shrinking research output on the economic downturn that began in 2008, along with a lack of government recognition of the benefits of science investment. In 2017, Spain’s FC fell 10.1% from the previous year.

Martín says there has been a 35% decrease in scientific research funding since 2009.

Alicia Durán, a physicist at the Spanish National Research Council (CSIC) and labour union representative, says many young researchers have gone abroad. CSIC membership has fallen to 11,000, with the loss of more than 4,000 people since the beginning of the economic crisis. Of these,1,500 retired from positions that were not replaced.

In April, the Spanish government announced plans to increase the budget for science by 8.3% in 2018, but Durán says that around 60% of the funds were industry loans that companies are required to pay back.

Earlier this month, the transitional socialist government of Pedro Sanchez created a Ministry for Science, Innovation, and Universities, placing former astronaut Pedro Duque at the helm. The move has raised hopes among scientists that the country will finally begin investing in research.

Greece’s decline in the index can be partly attributed to the economy, researchers say. The country saw a 9.2% decrease in FC over the past year, continuing a three-year continuum from 104 in 2015 to 78 in 2017.

According to Doros Theodorou, a chemical engineer at the National Technical University of Athens, and a member of the National Council for Research and Technology of Greece (NCRT) between 2010 and 2013, funding for the country’s institutions has yet to return to pre-2009 levels. In universities, faculty members who retire are not being replaced and those who remain face a larger teaching load.

“Our best scientists are leaving because they have the impression that there is no future here,” says Theodorou. “There is also “brain waste” — the under-employment and under-utilization of highly qualified people, he says.

Kevin Featherstone, head of the European Institute at the London School of Economics and Political Science, who served on the NCRT from 2010 to 2013, says that economic woes are only part of the problem.

“The other issue is how successive governments have handled the funding that is available, and the misallocation, discontinuities, the political failures,” Featherstone says.

He says funding from the European Union and regional collaboration could help improve the state of research in Greece.

Note: All figures based on FC adjusted to 2017 levels.