Failure to acknowledge support roles weakens the team, and the science, researchers say. 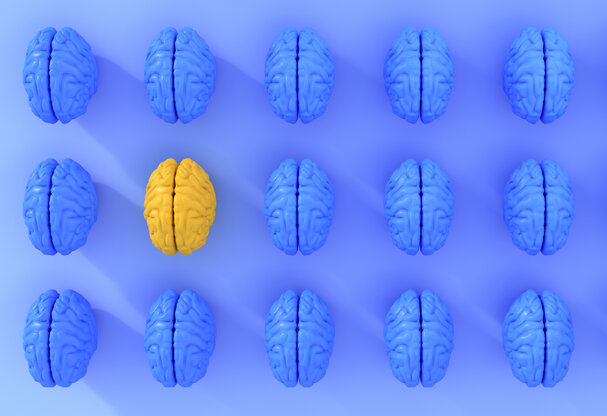 Attaining a PhD is seen by some as the only path to a career in science. But this view ignores the roles of lab technicians and other support staff, such as administrators and research managers, who are important sources of technical expertise and integral to building a strong lab culture.

By perpetuating the idea that an advanced degree is the only ticket to intellectual leverage in science, the hierarchical structures within academia may end up forcing these individuals out of science altogether, as STEM advocates told Nature Index.

This time of disruption should be used to create better career paths that reflect the diverse range of skills and expertise in academia that make up “team science”, says Maryam Zaringhalam from 500 Women Scientists, an organization that advocates for diversifying STEM fields.

Elie Maksoud from San Francisco-based science communication non-profit iBiology says that acknowledging the hierarchy’s existence is the first step towards addressing the problem.

One research manager summed up the sentiment as a “them and us” divide between those with a PhD – or those on a path to one – and those working in non-academic or administrative roles, when responding to a broad survey on research culture in academia conducted by the UK Association of Research Managers and Administrators (ARMA) in September.

Another research manager reported feeling “very valued by my direct team, but not by the university, which places little value on non-academic staff”.

In a corporate setting, compared to academia, skills and experience tend to be weighted more heavily than credentials, Maksoud says. Roles and pathways for mobility within a private company are much more clearly defined than in academia, where the professional relationships between principal investigators (PIs) and trainees may not be clearly set out.

“These hierarchies do exist [in academia], but it’s just not acknowledged in a research setting,” he says.

Zaringhalam says some career academics need to think beyond specific sets of credentials as the key to good science.

“Yes, expertise is important. Yes, people who have PhDs and have done postdocs and are now faculty have spent inordinate amounts of time thinking about very, very specific problems,” she says.

However the kinds of knowledge and extensive hands-on experience that technicians and administrators bring to the lab can be just as valuable as the formal academic training graduate students and postdocs receive, says Zaringhalam. Allowing support staff to contribute more actively can only make the science stronger.

PhD pursuit – at all costs

Becca Bluett, a postdoctoral fellow at the University of Washington in Seattle, Washington, says divisions can arise when technicians and other support staff feel compelled to gain authorship on papers to succeed in an increasingly competitive academic job market.

Depending on whether that technician intends to continue on to graduate school or would prefer to remain in supporting roles as a career research scientist, they may be given different responsibilities and their aspirations may be treated as carrying different weight, says Bluett.

This can contribute to feelings of job insecurity, dissatisfaction and stress, which are already heightened due to pressures caused by the pandemic.

Hierarchical divisions about who has the right to call themselves a scientist may arise in part from the insecurity of trainee scientists, says Bluett, who observes an “incredible amount” of imposter syndrome among young scientists.

“It’s definitely been a conversation [I’ve had] with several people getting their PhDs who didn’t feel like they could call themselves scientists until at least halfway through grad school.”

Bluett also notes the role of good mentors in the success of trainees. They can help prevent young scientists feeling that their career goals aren’t taken seriously unless they decide to pursue a PhD, or that their ambitions beyond academia could hurt their careers.

“Certainly many PIs, if they know as you go through your postdoc that you’re losing interest in staying in academia, they totally start to disengage,” she says. This attitude among career academics only serves to encourage a culture of exclusivity within academia that tends to favour the intellectual and career development of those who choose a very specific educational path.

“I think that there needs to be a shift from thinking about science as an endeavour of a few select geniuses to something that is a team sport that relies on every player doing their role,” says Zaringhalam.