Senior scientists speak out against "overwhelming" US security requirements 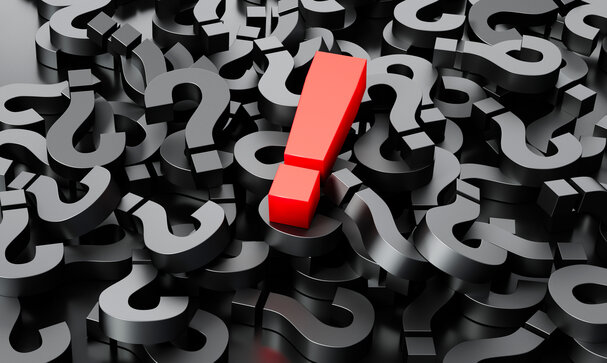 As the United States government continues its campaign to prevent foreign espionage and intellectual theft on its campuses, senior research officers in the country are speaking out against what they say are already overly burdensome regulations.

The regulations—including requirements for disclosure of foreign financial support— can be difficult to fulfill, especially when combined with university rules regarding conflict-of-interest statements and other disclosures, says Lora Weiss, senior vice president for research at Pennsylvania State University in State College.

“Faculty are being asked to make all of these disclosures for different compliance reasons, and it can be confusing and overwhelming,” says Weiss.

Interviews with Weiss and 43 other science administrators at leading US research universities, conducted by the New York City-based research firm Ithaka S+R in 2020, uncovered widespread concern with disclosure requirements, which some say are politicized.

“Senior research officers are spending as much bandwidth on issues surrounding research security and foreign influence as anything else right now,” says Roger Schonfeld, director of libraries, scholarly communication, and museums for Ithaka S+R and co-author of the report.

“Some senior research officers are worried that their scientists could go to jail if they don’t properly disclose,” Schonfeld says. “But some also say that anytime you’re not disclosing funding, you’re at risk for corruption.”

These risks aren’t just hypothetical. Investigations by the US National Institutes of Health into undisclosed foreign financial support led to the firings or resignation of dozens of researchers in 2020, mostly from China.

In one high-profile case, the US Federal Bureau of Investigation arrested Juan Tang, a visiting Chinese cancer researcher at the University of California, Davis, for allegedly concealing her role as a military officer with the Chinese army.

Against that backdrop, keeping up with various financial disclosure statements has become a huge task for researchers and administrators alike, Weiss says.

In March, the US National Institutes of Health (NIH) announced it was changing its disclosure forms to follow the guidelines set by the White House Office of Science and Technology Policy during the final days of the Trump administration. If other agencies follow suit, the disclosure process could become more uniform.

Weiss says that financial disclosures and other research security measures serve a legitimate purpose. Foreign governments, she says, are actively trying to steal hard-won data and intellectual property from US universities, and universities need to know who they are really working with.

“There are serious and valid concerns about intellectual theft,” she says. “It’s often cheaper and faster to take other people’s ideas than to develop them yourself.”

Foreign countries have historically had their sights on information that could be weaponized for military use, but Weiss says the focus has shifted during the COVID-19 pandemic. “Foreign governments are targeting our colleges of medicine right now,” she says.

Concerns about foreign interference at universities aren’t limited to the US. In October 2020, Universities UK released a report calling for new steps to protect research security.

Despite the apparent risks, some senior research officers are skeptical of the motives behind security efforts. Several told Ithaka S+R that government-dictated security measures represented politicized overreach, and some accused the then-Trump administration of xenophobia.

Worries about the potential impacts on international collaboration and recruitment of foreign talent were common, according to the report.

One administrator said, “our ability to recruit the best of the best, and give them an environment where they can freely apply their talents, is at risk. This can hamper the efforts in science and technology. What happens if the best and brightest international students opt to go somewhere else?”

Weiss says it’s possible to reduce the administrative burden on scientists without sacrificing security or hampering international collaboration. She adds that while research integrity is a problem that goes beyond political ideologies, she hopes that the Biden administration might take a more constructive approach.

“There could be more clarity coming," says Weiss.

Transparency should be the guiding principal for everyone involved in university research, Weiss adds. “Being as transparent as possible protects everyone’s interests. It protects the federal government, individual researchers, and international collaborations.”