In science, some ideas are more contagious than others

An infectious disease model shows that ideas from prestigious institutions are more likely to spread farthest. 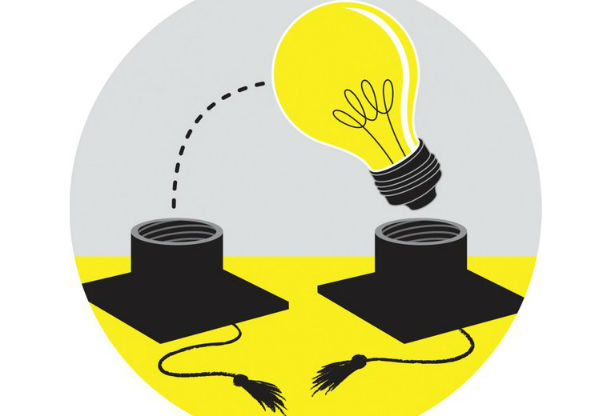 Like infectious diseases, ideas in the academic world are contagious. But why some travel far and wide while equally good ones remain in relative obscurity has been a mystery.

Now a team of computer scientists has used an epidemiological model to simulate how ideas move from one academic institution to another.

The model showed that ideas originating at prestigious institutions caused bigger “epidemics” than equally good ideas from less prominent places, explains Allison Morgan, a computer scientist at the University of Colorado Boulder and lead author of the study.

“This implies that where an idea is born shapes how far it spreads, holding the quality of the idea constant,” says senior author Aaron Clauset, also at Boulder.

Not only is this unfair – “it reveals a big weakness in how we're doing science,” says Simon DeDeo, a professor of social and decision sciences at Carnegie Mellon University, who was not involved in the study.

There are many highly trained people with good ideas who do not end up at top-tier institutions. “They are producing good ideas, and we know those ideas are getting lost,” DeDeo says. “Our science, our scholarship, is not as good because of this.”

The Colorado researchers analysed an existing data set of computer science faculty hires in North America, as well as a database of publications by these hires.

First they looked at how five big ideas in computer science spread to new institutions. They found that hiring a new faculty member accounted for this movement a little more than a third of the time – and in 81% of those cases, transmissions took place from higher- to lower-prestige universities.

Then the team simulated the dissemination of ideas using an infectious disease model and found that the size of an idea “epidemic” (as measured by the number of institutions that published studies on an idea after it originated) depended on the prestige of the originating institution.

The researchers' model suggests that there “may be a number of quite good ideas that originate in the middle of the pack, in terms of universities,” Clauset says.

DeDeo agrees. There is a lot of good work coming out of less famous places, he says: “You can learn a huge amount from it, and you can learn things that other people don't know because they're not even paying attention.”

This piece was originally posted on Scientificamerican.com