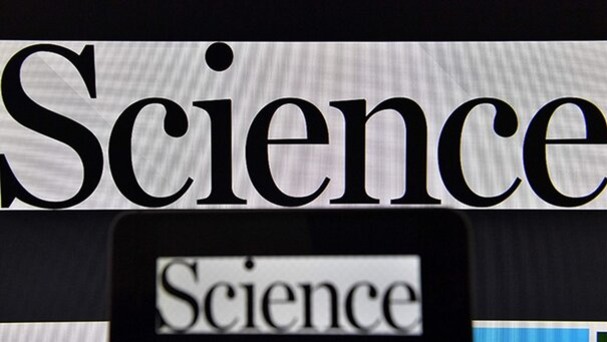 Science and its sister journals will trial a new green open-access policy for some researchers supported by the Plan S group of funders.

In a step towards open access, the publisher of Science will start allowing some authors publishing in its high-profile subscription journals to share their accepted manuscripts openly online under liberal terms that mean anyone could reproduce or redistribute the work.

The change ensures that scientists with grants from some funding agencies that insist on open-access (OA) publishing under the bold Plan S initiative can still publish in the Science family of subscription journals. Around two dozen funders have signed up to Plan S, which formally began on 1 January 2021, although individual agencies have different starting dates.

In the past two months, many selective subscription journals have introduced options for authors to pay fees to have their papers published OA, in response to Plan S. But the American Association for the Advancement of Science (AAAS) in Washington DC, which publishes Science, says it wants to avoid this because it is concerned about introducing OA-publication charges that could be financially out of reach for authors.

The new AAAS policy instead allows researchers funded by some Plan S agencies to post accepted versions of their articles online freely as soon as their papers appear — and under open licences that let anyone else redistribute or reproduce the manuscripts. (Some Plan S agencies haven’t yet finalized their policies over manuscript-sharing, such as the national UK funder, UK Research and Innovation, so the policy doesn’t apply to them yet.)

The AAAS already allowed this kind of immediate author-initiated sharing, sometimes called green open access, but its terms stated that the manuscripts could be shared only on personal or institutional web pages, and couldn’t be redistributed. Researchers also had to wait six months before they could post manuscripts in repositories such as PubMed Central.

That did not satisfy Plan S funders, which say that if scientists can’t publish OA in journals (a process sometimes called gold OA), then they must share their accepted manuscripts under fully open licences as soon as they are published.

In July 2020, some Plan S funders even said that they would make it a legal condition of grants that authors retain the rights to share their accepted manuscripts openly — no matter what a journal’s publishing agreement says.

The AAAS now says that scientists funded by Plan S agencies that adopt this ‘rights retention scheme’ (RRS) will be able to apply open licences to their shared manuscripts. No other scientists publishing in AAAS journals will be able to do this.

Plan S always enabled authors to comply with its policy through this type of green OA, says Johan Rooryck, the executive director of cOAlition S, the group of funders signed up to the initiative. “We are delighted that AAAS is updating its policy to explicitly permit the sharing of these manuscripts,” he said in a statement.

The new arrangement, which applies to all research submitted to Science family journals from the start of this year, could see many Science manuscripts shared with open licences. According to a report by Clarivate Analytics in Philadelphia, Pennsylvania, 31% of articles published in Science in 2017 acknowledged grants from a Plan S funder.

Some other journals have also adopted green OA to comply with Plan S. The New England Journal of Medicine told funders in October that it would permit green OA in 2021 for Plan-S funded scientists, for instance. London's Royal Society has allowed green OA in its journals for years and allows this to be done under open licenses if funders require it.

Other highly selective subscription journals have adapted to Plan S in different ways. In November, publisher Springer Nature said that it would offer OA at Nature-branded journals for a charge of €9,500 (US$11,500) per paper; it is also running trials of a programme to reduce prices at some of its journals. (Nature is editorially independent of its publisher.)

And in December, publisher Elsevier in Amsterdam announced a suite of OA options for Cell Press journals, with an €8,500 charge to publish OA in Cell and €7,600 for other journals.

But many scientists worry that these prices are too high. Although Plan S funders might pay the fees for their scientists, many other researchers will not be able to afford the OA option. (Elsevier said it would waive OA fees for researchers in the lowest-income countries, and reduce them for some others.)

This is why the AAAS has opted for green OA, rather than bringing in gold OA at its subscription journals, the publisher explained.

“This approach reflects AAAS’s concern that facilitating open access by gold routes alone puts undue financial obligation on authors, which could freeze in place or further exacerbate longstanding inequities for authors across race, gender, geographies, disciplines, and institutions,” it said in a statement.

“It’s a bold move to go for a green OA solution to meeting Plan S requirements, and notable that they are pointing to the inequities associated with the article-processing-charge business model,” says Stephen Curry, a structural biologist at Imperial College London.

The AAAS’s approach does mean that most scientists publishing in its journals won’t have a fully OA option, notes Lisa Hinchliffe, a librarian at the University of Illinois at Urbana–Champaign.

“It is unfortunate that this perpetuates the differentials we see in the ecosystem, where some publishing pathways’ privileges are extended to certain scholars but not others — in this case, reflecting the uneven adoption of Plan S policies even within the family of Plan S funders,” she says.

How to finance a wholesale switch from a pay-to-read model to an OA one remains hugely contentious. Some journals, hoping to slowly ease their way from subscription to OA business models, have struck agreements in which libraries or institutions pay a lump sum that covers the cost to their authors both of reading subscription content and publishing OA.

In December, 11 publishers argued against adopting green OA, saying that it would “undermine progress” towards full OA, and that the version of record of an article, not the accepted manuscript, should be what’s made open.

The AAAS wants to try the green OA model for its subscription journals as a “year-long experiment to see if this is sustainable”, says Bill Moran, the publisher of the Science family of journals.

Whether green OA can work in the long run for the publisher (which also publishes a gold OA journal,* Science Advances*) is “the biggest question we have wrestled with”, he adds. But given that the AAAS already allows manuscripts to be shared — if not as liberally — he hopes the change won’t mean that libraries or other communities cut down on subscriptions that support the society.