Just say "no" to manels

There’s an app for that. 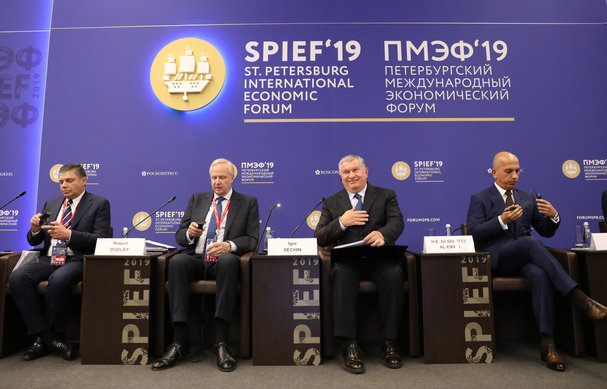 By one estimate, nearly three in 10 scientists around the world are women. In some disciplines, the ratio is higher. But you’d never know it from the speaker lists at many scientific meetings.

Conferences across a range of disciplines routinely invite more men than women to speak. In the most egregious cases, the speaker lists are entirely devoid of women, producing a so-called ‘manference’ (all-male conference), or ‘manel’ (all-male panel).

Such panels and conferences aren’t merely exclusive, advocates say. By omitting the voices of women, people of colour, and other underrepresented groups, they impede science.

“If we think scientifically, the more diversity of voices that we have, the better our science will be,” says Elizabeth McCullagh, an assistant professor in the Department of Integrative Biology at Oklahoma State University in Stillwater and co-developer of the Request a Women Scientist tool at 500womenscientists.org.

“If all you're talking to are people who have the same opinions as you, you might get the false sense that what you're doing is perfect and exactly what you should do,” McCullagh adds. “But if you get a diversity of voices and opinions, then you can be more critical about your work, which always leads to better science.”

Jonathan Eisen, a microbiologist at the University of California, Davis, agrees. He is a long-time advocate for inclusivity in science, which he defines broadly to include people of different gender, race, sexuality, and career stage.

“Every meeting I organize I think has been better since I had my eyes opened to the importance of just not inviting the famous people,” he says.

In 2013, when Eisen was invited to attend a quantitative biology conference, he noted that of 20 invited speakers and six conference organizers, just one was a woman. This despite the fact that women represent nearly half of biologists overall.

His response: to name-and-shame the conference on his blog - and to scientifically document the statistical improbability of such a panel.

“I wrote an abstract calculating the probability that this could happen by chance and submitted it to their conference as a quantitative study of biology,” he says. Eisen never received a decision on his submission - but he also didn’t attend the conference.

The broader scientific community is likewise pushing back against such inequities. Manel-watchers have created dedicated accounts on Twitter and Tumblr to call out poorly representative meetings. In June 2019 Francis Collins, head of the US National Institutes of Health, announced he would no longer participate on manels.

And in December, Springer Nature, publisher of Nature Index, declared that it would no longer allow all-male organizing committees or panels in the conferences that it runs.

Such efforts are helping to move the needle. “Outwardly, it seems like there's a real effort in all the conferences I've been a participant in ... to balance different panels, both in attendees and speaker representation,” says McCullagh.

But manels do still exist. Fortunately, there’s an app for that.

Developed by software developer Aanand Prasad, the Conference Diversity Distribution Calculator is a free web app that takes the size of the panel and the frequency of a demographic group (such as women) within the overall population (i.e., a particular scientific discipline) and calculates the probability of ending up with a particular mix.

For a group of 20 people picked from a population that is just 10% female, the tool shows, organizers using a truly random selection process have a 61% chance of picking two or more women for their panel - that is, of representing women accurately or over-representing them - and just a 12% chance of picking zero.

“What I like about the tool is the way that it shows the probability of overrepresentation compared no representation,” says Lilian Hunt, Programme Manager at EDIS (Equality, Diversity & Inclusion in Science and Health), a coalition of research organizations that advocates for equality, diversity, and inclusion in science, which is based at Wellcome in London.

Hunt says she uses Prasad’s app to ensure the panels she organizes are representative, and to push back against those who argue that, because there are relatively few women in a particular field, that it’s not surprising when panels end up with zero women on board.

“Actually, what the tool often shows you is that overrepresentation is still more likely to happen than the no representation option.” That is, even if speaker selection were random, panels would often have too many women rather than none.

The tool does require knowing a given demographic group’s representation in a given field, and that’s not necessarily easy to determine, Hunt notes. National funding agencies are one potential source of information, she suggests, as are the diversity committees for scientific organizations.

But because the resulting values are likely approximations, she advises using the tool as a guide rather than a rule. “You’re making a judgement call.”

Angeline Pendergrass, an atmospheric scientist at the National Center for Atmospheric Research in Boulder, Colorado, who coauthored a report on how to organize diverse and inclusive meetings, says she hopes the web app will prod conference organizers to put extra thought into their diversity efforts.

“By giving them some numbers and some probabilities, they might be compelled to perhaps reconsider and dig a little deeper, try a little harder.”

Then, when reaching out to potential women speakers, Pendergrass says, tell them why you are inviting them specifically, so they don’t feel they are being asked to fill a quota.

Try to make the meeting more inviting to your target demographic, McCullagh suggests, for instance by avoiding weekend sessions when parents may have childcare responsibilities. Consider offering travel grants, on-site childcare, and hygienic breastfeeding facilities. And consider compensating speakers for their time, for instance with free or discounted conference registration.

And finally, says Eisen, be transparent.

If at the end of all that your conference is still not as diverse as you’d like, “be public about it. Don't hide. Say, look, we really wanted to have diverse speakers. Here's what we did, here's where we failed, we're still working on it, we would love help from the community, and don't just try to ignore it.”