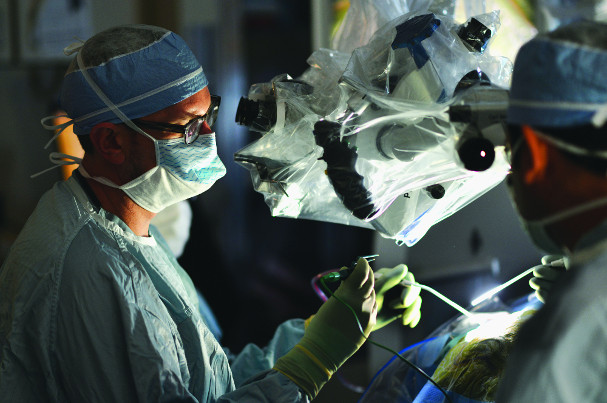 The neurosurgery department at Baylor College of Medicine, whose other areas of strength are paediatrics, immunology and the study of cardiovascular disease.

Despite its enormity now, BCM was small for much of its 116-year history. A key figure in setting the college on its current trajectory was a paediatrician called Ralph Feigin. “Feigin was an impressive dude and a very successful leader,” says Scott Simon, a former faculty member, now at the University of California, Davis.

Feigin led the paediatrics department from 1977 to 2008, and was Baylor’s president and CEO from 1996 to 2003. “I’ve never seen a physician who was as good an administrator,” Simon adds.

Baylor has grown by building on existing strengths, says Simon — including paediatrics, immunology and cardiovascular disease. “They went for three or four areas they did really well at, and pulled in the best people — and then other programmes grew around it.”

In 2009 and 2010, BCM considered merging with neighbouring Rice University or with Baylor University in Dallas, from which it had split in 1969 — but decided to stay solo. Remaining independent hasn’t hurt its output: BCM’s contribution to high-quality research rose 39% from 2012 to 2015.