The push for interdisciplinary teams can lead to fake collaborations 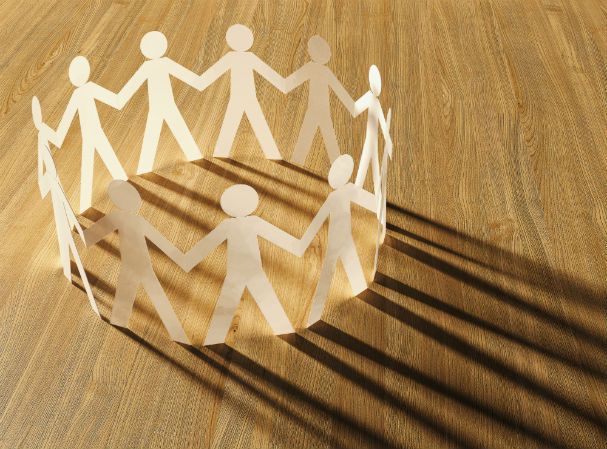 The pressure on researchers to build large, interdisciplinary teams can lead to fake collaborations that undermine research integrity, according to two psychologists.

Roy Hessles at Utrecht University in the Netherlands and Alan Kingstone at the University of British Columbia in Canada say that funding agencies and institutions should make greater efforts to ensure that interdisciplinary teams applying for grants are genuine. They presented their views in a preprint posted on PsyArXiv.

Among the authors’ recommendations for building authentic collaborations are establishing more realistic deadlines for interdisciplinary grant proposals and requiring researchers to state that the collaboration is genuine on their grant applications.

Although the extent of the problem is unknown, the authors write that they "find it astonishing how little attention is paid to the probity of interdisciplinary research collaborations."

"While we think everyone will accept that writing a grant based on fabricated pilot data is fraudulent, it is reasonable to ask to what extent it is any less unethical to submit a grant built around a team that does not exist."

Fostering mixed-discipline teams, seen as a way to prevent questionable research practices and failed replications, has become a high priority for funding agencies and institutions.

In Canada, the Natural Sciences and Engineering Research Council has dedicated one-third of its $1.26 billion budget to interdisciplinary research, while the University of British Columbia has established special grants to build interdisciplinary clusters.

But supporting teams that merely look good on paper can lead to wasted funds, as they are unlikely to produce the research they promise, the authors say.

A major contributing factor is that funding agencies often give researchers extremely tight deadlines to apply for interdisciplinary grants, forcing researchers to build teams in a matter of weeks.

This can lead to researchers cutting corners to meet the application requirements, such as including members from other disciplines to increase their chances of winning a grant.

Another problem is that funding agencies assess applications based on 'bean-counting', where each researcher in the team is required to be from a different discipline.

"One risks ending up in a 'Have you got a neuroscientist yet?' sort of situation," the authors write. "Investing large amounts of dollars with a short deadline only invites researchers to put together teams that are not authentic."

Hessles has experienced this box-ticking team building first hand. During his days as an early-career researcher, Hessles was approached by several senior colleagues to take part in a seed-grant application for a cross-disciplinary psychology collaboration.

But he later discovered that his colleagues had only approached him because the application required three researchers from three different divisions.

"In short, the aim was to appear interdisciplinary for the purpose of securing the grant but in practice create a team that was united within a single discipline," Hessles writes.

2. Be honest about where the interdisciplinary team is at: Has initial contact just been made, is the team recently formed, or is it already well-established?

3. All team members should sign-off: Each member should formally state that the proposed team is authentic.

4. Institutions should set the bar low: For example, they should foster the creation of collaborative work by supporting travel between institutions.

5. Timelines for interdisciplinary grant proposals should be more realistic: Funding opportunities should be based on team size and stage of development rather than innovation and impact.