One small step in the thawing of China-US space relations 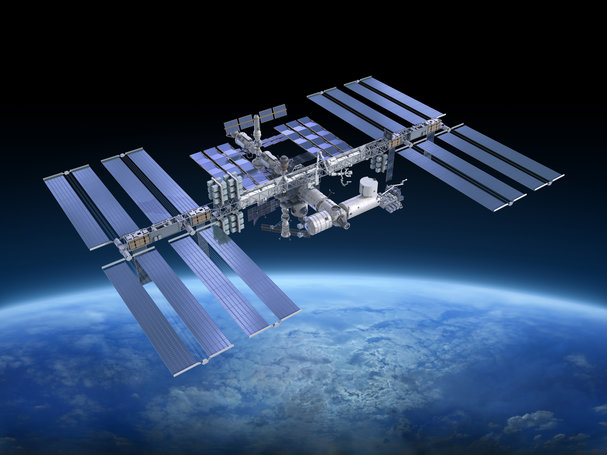 The International Space Station is operated and managed by 15 countries, excluding China.

By elite club standards, the International Space Station (ISS) is among the most exclusive. Only 15 of the world’s most powerful countries can gain access to the remote location and the admission fee is steep. The United States has barred China from joining the club, but a recent delivery to the ISS could be its ticket — though space experts aren’t holding their breath.

On 4 July, Dragon, a cargo spacecraft built by the US aerospace manufacturer SpaceX, splashed down on Earth after a successful month-long journey to the ISS. On board the craft were DNA samples from the first-ever Chinese experiment to land on the space station. The experiment was developed by Deng Yulin, dean of the School of Life Science and Technology at the Beijing Institute of Technology (BIT), to investigate how the lack of gravity and presence of cosmic rays in space affects DNA replication, potentially revealing new phenomena not possible on Earth.

Deng has previously sent experiments to the Chinese spaceship Shenzhou-8, carrier rocket Long March-7 and cargo spacecraft Tianzhou-1, all of which were unmanned. The ISS offered the opportunity to conduct more complex experiments managed by professional technicians.

To get on the ISS, the BIT partnered with Houston-based company NanoRacks, which runs a commercial research facility on the space station. The partnership has been widely recognized as an effort to break the long-standing gridlock in China–US space relations.

In 2011, US Republican Congressman Frank Wolf introduced a two-sentence clause into a funding appropriations bill prohibiting the National Aeronautics and Space Administration (NASA) and the White House Office of Science and Technology Policy from cooperating in bilateral projects with China.

NASA funds the majority of space research in the US, and the state-owned company China Aerospace Science and Technology Corporation holds a monopoly over space-related activities in China.

The two countries collaborated on many bilateral space projects in the early 1990s, primarily using Chinese rockets to launch US satellites, including the communications satellite AsiaSat 1, designed by Hughes Aircraft Company, and many of the satellites in the Iridium constellation, developed by Motorola. But their engagement since 2011 has been limited to individual researchers collaborating on international projects involving at least one third-party intermediary.

In the Nature Index, the number of bilateral partnerships between Chinese institutions and US companies have more than doubled since 2012.

To take their experiment to the ISS, BIT paid NanoRacks about US$200,000. According to Jeffrey Manber, chief executive of NanoRacks, the company obtained permission from NASA, the US administration and Congress, as well as the other ISS partners — a process that took two years. NanoRacks had to ensure that the blueprints for technologies on the ISS would not be seen by the Chinese researchers and that NanoRacks staff and ISS astronauts would not steal the intellectual property of BIT.

Zheng Yongchun, a senior research fellow at the National Astronomical Observatories, Chinese Academy of Sciences, expects the historic ISS landing to open the door for more collaborations between Chinese institutions and US companies. But other factors are at play, says Zheng. “The US’s flexible attitude towards professor Deng’s experiment is due to China’s rapid progress in developing its own space technologies.” In September 2016, China successfully launched the space laboratory Tiangong-2.

Zheng’s own work involves studying the surface characteristics of the moon using data obtained from the Chang’e series of lunar exploration missions, which many US scientists are keen to utilize, he says.

However, until the Wolf Amendment is repealed, US–China space-science collaboration will remain limited, says Zheng. And with China planning to build its own manned space station by 2022, Chinese researchers might not be partnering with US companies for long.