170 years after it made medical history, this US hospital is still at the cutting edge 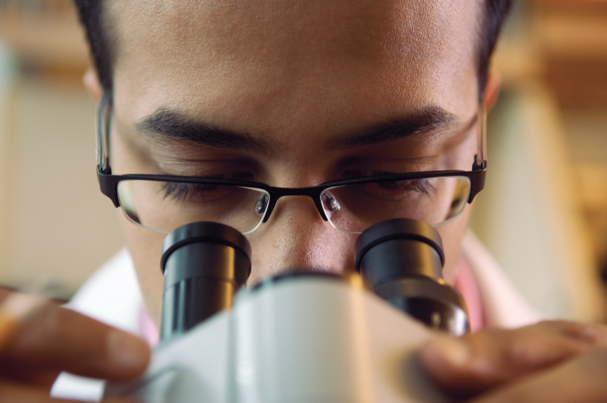 Massachusetts General Hospital is the most prolific healthcare organisation publishing in top journals.

Staff at Massachusetts General Hospital in Boston like to joke that the institution is medicine’s best-kept secret when it comes to groundbreaking research. Looking at the Nature Index, it’s no secret at all: Massachusetts General Hospital topped the list of healthcare organizations publishing in leading journals in 2015. Researchers affiliated with the original and largest teaching hospital of Harvard Medical School published 457 articles in 47 of the 68 high-impact journals tracked by the index. Brigham and Women’s Hospital, also in Boston, was the second most prolific healthcare organization in the index last year.

By combining a research institution with an active hospital, Massachusetts General Hospital creates an environment where investigators interact with patients, which helps direct their work. “The research here alone could easily be its own institution,” says MGH researcher Jayaraj Rajagopal. “It’s almost as though we’re two composite institutions, each one at the cutting edge,” says Rajagopal, who works on organ regeneration.

The hospital opened in 1811, making it the third oldest in the United States. In 1846, it made medical history by using ether as a general anesthetic during a surgery for the first time and in 1896, it was the first to use an X-ray for medical treatment. More recently, the hospital’s researchers have pioneered breakthroughs in cancer treatment, such as the 2004 identification of the genetic markers in breast cancer tissue that suggested tumors could be successfully treated by the drug tamoxifen. Last year, MGH researchers discovered that an inflammatory factor associated with allergic reactions plays a significant role in sepsis.

MGH’s scientific director Sue Slaugenhaupt’s considers the institution’s research success a reflection of the scientists it recruits. Rather than focus on any particular areas of research, Slaugenhaupt’s strategy is to employ talented researchers and clinicians and see what research evolves. By having researchers work alongside physicians – or, frequently, practice alongside their research – their focus often leans towards projects that have new therapies or treatments in mind. “What’s remarkable here is the focus on real-world problems. That’s very different from basic research institutions,” Slaugenhaupt says. “The nitty-gritty of how is still important and we don’t want to discount that, but we’re adding in how can we help.” Slaugenhaupt adds that putting the best and brightest researchers together often leads to studies that are published in top journals.

MGH cardiologist David Milan knows the benefits of working as a practicing clinician and researcher firsthand. He investigates heart disease using stem cell and animal models. “I view seeing patients in the hospital as an important part of my career and life,” he says. Working with patients focuses Milan’s research towards clinically meaningful questions, ones that could ultimately result in treatments. Working at MGH, he can also take advantage of the hospital resources such as taking blood, DNA and tissue samples from patients, as well as equipment and financial resources that help when applying for competitive grants. Additionally, Milan has access to a large network of collaborators at the hospital. For example, colleagues can provide genetic sequencing information that adds another dimension to his research.

Collaborations also extend beyond MGH departments. Indeed, Rajagopal credits the mix of collaborations between hospital departments and outside organisations for the hospital’s research success. In addition to the intellectual benefits these interactions bring, Rajagopal says collaborations also help secure research funding. “Money flows, because there’s so many successful people in different areas that their having money helps you,” he says. “Collaborations allow me to do things that there was no way I could’ve funded them on my own.” The institution’s atmosphere also encourages him to submit to high-impact publications. “When people around you are writing Nature, Cell and Science papers, it boosts your confidence to do the same thing,” Rajagopal says.

Last year, the MGH’s research funding surpassed US $800 million. Just under half came from federal funding, with the rest made up of endowments, gifts, subcontracts from other institutions or nonprofits, and foundations. About 8% of its funding was from industry, which funds clinical trials and sponsored research projects.