A new form of CV for researchers

Another step away from narrow, biased measures of success in science. 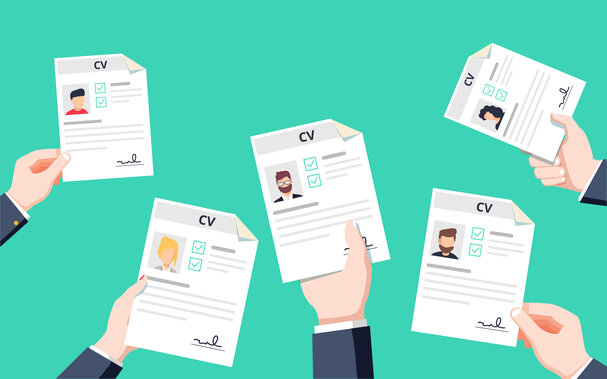 A new narrative-based CV that reflects skills and experiences better than a grant and publication record is being piloted across six funding schemes overseen by UK Research and Innovation (UKRI), the UK’s central research funder.

Résumé for Researchers looks set to be adopted widely, after seven UK science funders, including UKRI, committed on 23 July to discussing together how a shared approach towards using it could work.

Their joint statement came after the UK government vowed the day before to drive adoption of the résumé as part of its R&D People and Culture Strategy.

Using open questions, the CV template invites researchers to explain how they have contributed to knowledge creation, to the development of individuals, to the wider research community, and to broader society.

The résumé, originally developed by the Royal Society (the UK’s national academy of sciences) in collaboration with the Declaration on Research Assessment (DORA), aims “to broaden the range of things that researchers and innovators get recognition for”, says Frances Downey, head of research and innovation culture at UKRI, who worked on its development.

“We are now going to make a concerted effort to see if we can get multiple organizations to sign up and collectively move forward together,” she says.

Allowing for different types of careers

“Broadly, we're seeing positive responses from applicants and reviewers,” says Downey, commenting on the UKRI pilots. “We recognise it could take people a bit longer to fill in [the CV template] while they’re getting used to the new format,” she adds. UKRI is now “thinking very carefully how to properly support and put in place guidance” for researchers on how to use the CV, she says.

Downey hopes that the template will encourage inclusivity. “The focus is on a person’s skills and ability rather than a chronological list of publications. It's allowing for people to have different types of careers, and for the experience and skills that they have developed in those careers to be recognized,” she says.

The initiative is “a good step forward” and could prove a useful tool to help reduce bias when hiring, says neuroscientist Anaïs Llorens, of the University of California, Berkeley.

In July, Llorens published an article in Neuron highlighting gender biases in science and possible solutions with Athina Tzovara, of the University of Bern, Switzerland, and 43 colleagues.

Gender bias at each stage

As their paper documented, gender bias works against women in science at different stages, not just in hiring, but in the allocation of funding and awards, in conference speaker line-ups and during the peer-review process.

Among the reasons for this, men tend to self-cite more than women and are more likely to use promotional language in papers, which can inflate citations, says Tzovara.

The curtailment of women’s publishing opportunities due to family commitments also results in a lower number of citations overall, separate research has found.

The lack of diversity in who is cited is partly driven by historical demographics, says Sarah Davies, a marine biologist at Boston University. Davies is co-lead author on a June PLOS Biology essay by 24 women working in science that points to the inequities that arise when success in science is defined solely on the basis of citations.

The essay calls on the scientific community to adopt a more holistic view of success and impact, and to better value the role of mentorship in promoting justice, equity, diversity and inclusion.

Davies agrees that implementing something like the Résumé for Researchers “would be great” to help address some of the issues raised in the essay.

“We’re all entrenched in these norms of citing people whose names we've read forever,” she says, adding that race, socio-economic status and language, as well as gender, affect who is able to publish and in which journals.

What’s needed is a global view that looks beyond how science is currently organized and assessed, says Sarah de Rijcke, director of the Centre for Science & Technology Studies at Leiden University in the Netherlands and a co-author of the Leiden Manifesto, a set of guiding principles on research evaluation.

“For funders, the crux is to move toward a more contextual approach that considers the real missions of academic work, including blue-skies research, research that fosters technological innovation, or research that contributes to solving big societal challenges. UKRI’s résumé seems to allow for that,” she says.

De Rijcke, who recently co-authored a paper on progress in the responsible research assessment movement, notes that “there is a lot going on”.

For instance, all Dutch universities recently signed a position paper calling for diversification of career paths and a refocus from quantity to quality of work. “It was about time!” de Rijcke told Nature Index.

Davies does not suggest that citation-based metrics should be abandoned altogether, rather integrated into a more inclusive assessment of success. Sarah Crosby, a coastal ecologist and director of environmental non-profit Harbor Watch in Connecticut, US, who is a co-author on the PLOS Biology essay, agrees.

“Like any other metric in science or otherwise, it's a piece of the story, but too often we make it the whole story,” she says.

While it is up to those in positions of power to make science fairer, as a first step, individuals should learn to recognise their biases and fight them, says Anne Duplouy, who researches ecology and evolution at the University of Helsinki, Finland, and is another co-author on the PLOS Biology essay.

“Then, if you see biases around you, mention it. […] Change is coming, we just have to continue talking about it and fighting,” she says.