The 5 most popular scientific papers of November 2019 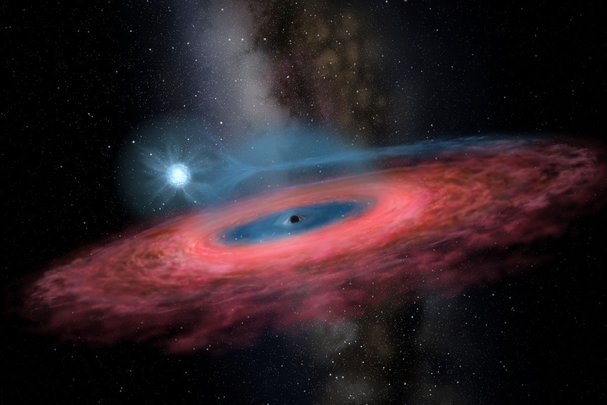 Here is an Altmetrics ranking of November’s most popular papers in the natural sciences, published by the 82 high-quality journals tracked by the Nature Index.

A paper with an incredible story behind it, this case study centres on a patient diagnosed with early onset Alzheimer’s disease, who appeared to be remarkably resistant to the condition.

While the patient carried a gene mutation known to cause early onset Alzheimer’s, she also carried two copies of another gene variation called ChristChurch, which appeared to postpone the symptoms of the condition until she was in her 70s – three decades later than expected.

A screening of her relatives (she has more than 6,000 members of her extended family living in Colombia), found no other individuals carrying both genetic mutations.

Led by Yakeel T. Quiroz, a clinical neuropsychologist and neuroimaging researcher at the Massachusetts General Hospital, the study could inform new strategies to delay or prevent early onset Alzheimer’s.

2. “A tool for functional brain imaging with lifespan compliance”

This study describes the first time a new ‘bike helmet’-style brain scanner was used to measure brain activity in young children as they engaged in everyday activities, such as watching TV while cuddling with mum.

The device, which is non-invasive, can record which parts of the brain are engaged during different tasks, such as speaking or moving, and can be adjusted for various ages and head sizes. “To show that the system is equally applicable to older children, we used it, with a larger helmet, to scan a teenager playing a computer game,” said lead researcher, Ryan Hill, a PhD researcher at the University of Nottingham in the UK.

The paper was covered by almost 200 news outlets online, and was particularly popular among scientists and members of the public in the US and UK.

Published just last week, this paper describes the discovery of an enormous black hole, called LB-1, by a team at the National Astronomical Observatory of China.

The hole, 15,000 light-years from Earth and with a mass 70 times greater than the Sun, is forcing scientists to rethink the limits of stellar black hole mass.

Until this discovery, it was estimated that the mass of an individual stellar black hole, which is a type of black hole formed by the gravitational collapse of a star, could be no more than 20 times that of the Sun.

"Black holes of such mass should not even exist in our Galaxy, according to most of the current models of stellar evolution," said lead author, Jifeng Liu.

The paper was covered by more than 100 online news outlets and reached more than 2.6 million people on Twitter.

Led by Weihua Li from the Department of Computer Science at the University College London, this study examines the long-term impacts of young researchers partnering with highly experienced scientists.

The team classified ‘top scientists’ as belonging to the top 5% of cited authors in their discipline for a specific year, and ‘junior researchers’ as being in the first three years since their first publication. They used Nature Index data to determine institutional prestige.

They found that junior researchers who co-authored work with top scientists had a persistent competitive advantage throughout the rest of their careers, compared with peers who did not have such an opportunity.

The paper was a hit on Twitter, reaching almost 4 million users, and was equally popular among scientists and members of the public.

5. “Ancient Rome: A genetic crossroads of Europe and the Mediterranean”

“Rome wasn't built (or settled) in a day,” is the first line of this popular paper, which investigated the ancestral origins of people from Rome and adjacent regions in Italy.

The international team, led by researchers from Stanford University in the US, the University of Vienna in Austria, and Sapienza University of Rome, Italy, examined 127 human DNA samples sourced from ancient skeletal remains from 29 archaeological sites in and around Rome, spanning the past 12,000 years.

They found that the ancestral shifts identified in their genetic analysis mirrored historical events.

"This study shows how dynamic the past really is," said co-lead author, Hannah Moots, a graduate student in anthropology at Stanford. "In Rome we're seeing people come from all over, in ways that correspond with historical political events."

The paper was tweeted about by more than 1,000 users on Twitter and was a hit on Reddit.