Trends both disturbing and revealing. 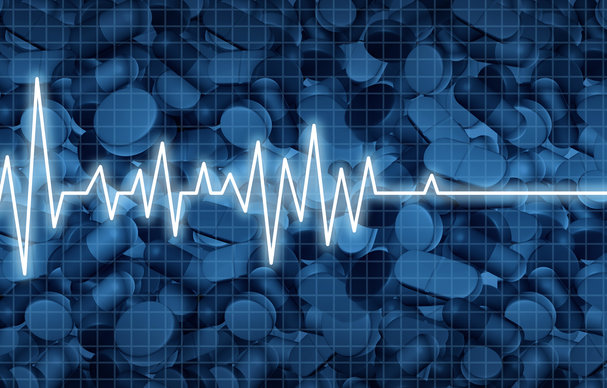 Death is a delicate topic, but one that produces rich and revealing datasets that say as much about social pressures as they do about the state of medical research.

Over the past 20 years in the United States, for example, there has been a remarkable decline in HIV-related deaths, but a disturbing rise in suicide by young people.

Cancer has remained the leading cause of death among 45 to 84-year-olds, but beyond 85, heart disease takes over.

These insights are highlighted in two interactive visualizations by Nathan Yau from Flowing Data.

The first is a simulation that reveals the shifting cause of death of an individual as they approach 100 years old, based on their age, sex and race.

Using information from the Underlying Cause of Death database maintained by the US Centers for Disease Control and Prevention, the visualization features hundreds of simulated 'selves' dying of various causes as the years tick by.

Once the animation tips beyond 100 years, it reveals the most likely causes of death for the user based on their basic demographics today:

Try the interactive 'How you will die' visualization here.

To see how the most common causes of death have changed for Americans of all ages over the past two decades, Nathan Yao Yau has also created this visualization, which tracks the shifting causes of death from 1999 to 2016.

The data underlying the graphic was again sourced from the Centers for Disease Control and Prevention, and the colour represents the rate of death within each age group:

"I looked at the subcategories of mortality, as defined by the World Health Organization, focusing specifically on how the ten most common ways to die have changed over the years," Yau at Flowing Data explains.

He notes the positive, which is seeing HIV disappear from the top ten killers of middle-aged men and women in the early 2000s, as preventative measures and treatments dramatically improved in the US, and the negative, which is a rise in intentional self-harm by young people.

The latter reflects the results of a recent report by the US Department of Health and Human Services, which found that between 2009 and 2017, incidence of major depression among 20- to 21-year-olds more than doubled, rising from 7% to 15%, and serious psychological distress increased by 71% among 18- to 25-year-olds from 2008 to 2017.

Explore the interactive 'Shifting causes of death' visualization here, which allows you to click on a particular cause of death and track it across all age groups.